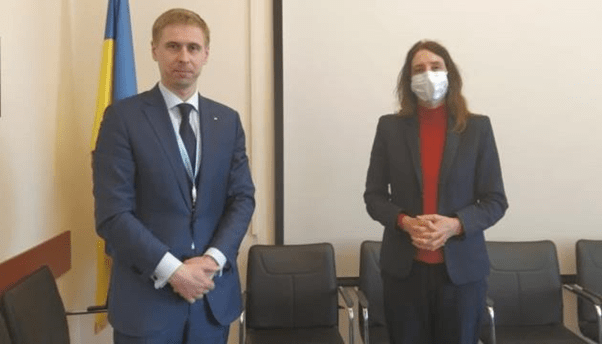 32
SHARES
ShareTweet
Advertisement
Ukraine has discussed Russia’s responsibility for armed aggression against Ukraine with the United Nations, said the press service of the Ministry for Reintegration of Temporarily Occupied Territories.
Ukraine’s Deputy Minister for Reintegration of Temporarily Occupied Territories Ihor Yaremenko and Head of the UN Human Rights Monitoring Mission in Ukraine Matilda Bogner discussed Russia’s responsibility and the situation in eastern Ukraine due to Russian aggression, human rights violations in Ukraine’s temporarily occupied territories of Donbas and Crimea, as well as other important topics.
Yaremenko highlighted the position of the Ukrainian government and the international community that condemn Russia’s armed aggression against Ukraine and warned against any form of recognition of Russia’s role, except as a party to the international military conflict.
“It is important to consolidate the efforts of the international community, including international humanitarian organizations, to prevent the aggressor country from hiding behind its proxies in the Ukrainian Donbas and to prevent the Russian Federation from avoiding responsibility for the crimes committed. Only the recognition of Russia’s responsibility can help improve the situation and thus reduce the number of human rights violations,” said Yaremenko.
Bogner gave stress on the priority of ensuring the protection of citizens during the armed conflict and reducing casualties among civilians and highlighted the main problems of the UN Human Rights Monitoring Mission in this area.
The sides emphasized on the need to contain the pandemic caused by COVID-19 in the territories of Ukraine temporarily occupied by the Russian Federation, as well as Russia’s responsibility for the spread of COVID-19.
They also paid attention to the situation with Russian occupation administrations restricting access for monitoring and humanitarian missions to temporarily occupied territories.
“It was noted that blocking the admission of monitoring and humanitarian missions under the pretext of quarantine and the use by the Russian Federation of the pandemic to legitimize such actions is absolutely unacceptable. The UN continues to support the position of unimpeded access to the population affected by the Russian aggression on both sides of the contact line, first and foremost, to provide humanitarian assistance as well as to study the needs map,” the ministry said.
Related tags : Human Rights Russia Ukraine 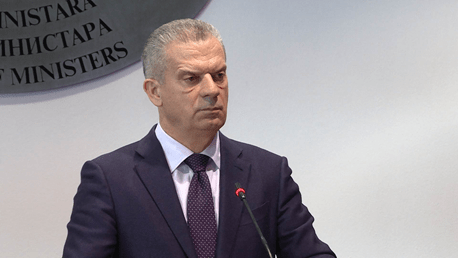 Bosnian Security Minister Fahrudin Radoncic on Friday said that Pakistan’s Ambassador refused to cooperate with Bosnia and have their authorities check the fingerprints of illegal migrants in the coun
Read More
July 7, 20210