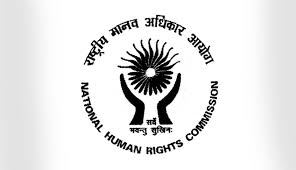 46
SHARES
ShareTweet
Advertisement
Problems of finding solutions to human rights violation would continue till the institutions of National Human Rights Commission (NHRC) and State Human Rights Commission’s (SHRC’s) are strengthened, former Supreme Court judge Justice Madan B Lokur has said.
He said that the large number of complaints to NHRC indicates that there are a large number of human rights violations. “Since NHRC is understaffed it is not able to deal with large number of complaints,” he stated.
Justice Madan B Lokur, who is the judge of Supreme Court of Fiji, was speaking at a valedictory function of the 21-day online certificate course in human rights offered by the Institute of Human Rights Human Rights Education of People’s Watch, an NGO, through a video call on Sunday.
He also stated that SHRC’s is also not functional at many places and the post of chairperson is lying vacant in a few places.
“Unless the institution is strengthened by appointing chairpersons, adequate staff, problems of finding solutions to human rights violations would continue,” he said adding that the states and establishment will have to pull up its socks to give necessary support to the human rights commissions.
Citing a few cases of custodial death and illegal detention where people moved court seeking compensation, he said that we need to “develop the principle of accountability in jurisprudence by not waiting for a grave violation of human rights to happen to go to courts for compensation”.
He also said that the courts should not only look at the crime committed but should also look at alleged criminals by considering the circumstances, which led to the offence.
“These are factors that have been taken in to consideration not only during trial but also during granting or denying bail by courts,” he added.
Related tags : Justice Madan B Lokur National Human Rights Commission