28
SHARES
ShareTweet
Advertisement
A German-Turkish mother on Wednesday continued her protest outside the German Chancellery to demand the return of her daughter who was forcibly “recruited” by PKK terrorists.
Maide T. and a group of supporters wore T-shirts with a picture of her daughter Nilufer T. with the words “kidnapped by PKK.”
“Please, help me rescue my daughter from the PKK” said one of the banners. “I want them to reach out to me,” she told reporters, saying she has been protesting for months but German authorities have not contacted her so far.
In late May, she called on Chancellor Angela Merkel to help her out.
Inviting people to stand in solidarity with her, she said her daughter was influenced by PKK propaganda after she visited a cultural center in Berlin last year. Thereafter, she was forcibly recruited and probably sent to a terror camp abroad.
“If they will come under pressure, they will release my daughter within 24 hours,” she said, urging German authorities to take action against the group.
The PKK has been banned in Germany since 1993, but it remains active, with nearly 14,500 followers among the country’s Kurdish immigrant population.
The terror group uses recruitment tactics among Kurdish communities across Europe, including blackmailing with the safety of family members.
Turkey has long criticized German authorities for not taking serious measures against the PKK.
In its more than 40-year terror campaign against Turkey, the PKK, listed as a terrorist organization by Turkey, the United States, and the European Union, has been responsible for the deaths of nearly 40,000 people, including women, children and infants.
In Turkey’s southeastern Diyarbakır province, dozens of families have been staging a protest for almost a year now, demanding their children back from the terrorist group.
The protest started when Hacire Akar turned up at the doorstep of the pro-PKK People’s Democratic Party (HDP)’s Diyarbakır office. A week later, on September 3, 2019, families inspired by Akar transformed her solo stance into a collective sit-in protest. Akar’s son, Mehmet, returned home on August 24, showing other families that there is still hope.
Since then, the number of protesting mothers has grown as they demand the return of their children, who, they say, were deceived or kidnapped by the terror group.
Related tags : Germany PKK Terrorism Turkey 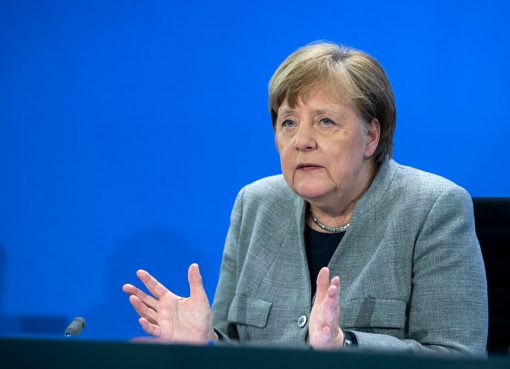