21
SHARES
ShareTweet
Advertisement
The Gilgit-Baltistan Environmental Protection Agency (GBEPA) on Thursday wrote a letter to the Pakistan home secretary complaining of “heavily contaminated” water supply to Giligit city in Pakistan-occupied Kashmir (PoK).
Shahzad Shigri, Director of GBEPA, in his letter said that drinking water being supplied to inhabitants of Gilgit city from Burmas and Jutial water supply complexes, domestic water taps in different locations and community water taps were heavily contaminated.
“The level of turbidity and bacteria increases with high temperature in summer season, thus making water not fit for human consumption and thus responsible for spreading water-borne diseases”, Shigri said.
The letter mentioned nine samples of water taken from two locations in Gilgit city which were declared unfit for human consumption. The results of water quality test corresponded to the spread of typhoid.
It said that typhoid coupled with Covid-19 had worsened the situation in the virus hotspot of Gilgit city.
Shigri further requested the authorities to take necessary measures to treat the water and make it fit for human consumption “up to level of National Standards for Drinking Water Quality” in order to avert risk of further spread of typhoid in the town.
An official of the environmental protection agency, on condition of anonymity, said that 90% population of Gilgit town consumed contaminated water as there was no system to treat it in the complexes.
He pointed out that water filtration plants installed at various areas had become outdated and their maintenance was not possible.
“The underground water lines have also become outdated”, he said, adding people in the Gilgit town were compelled to drink highly contaminated water.
The official said contaminated water caused typhoid, Hepatitis-A and other water-borne diseases. He said the diseases weakened the human immune system. The official said that the issue had been brought into the notice of the authorities, but to no avail.
The Pakistan administration that stakes illegal claim on Gilgit-Baltistan has left the region downtrodden and underdeveloped for decades now.
Related tags : Gilgit-Baltistan Pakistan POK Typhoid water pollution 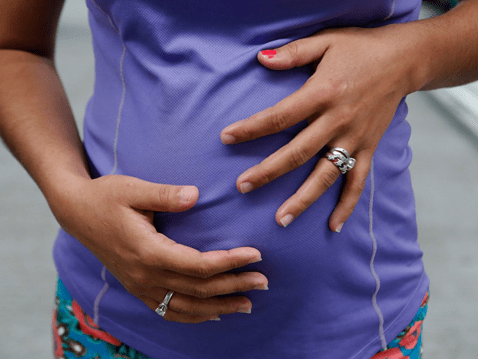 The National Human Rights Commission (NHRC) of India on Monday issued a notice to the Uttar Pradesh government after media reports highlighted death of two pregnant women who were denied admission by
Read More
December 7, 20210