53
SHARES
ShareTweet
Advertisement
Calls for justice have reverberated across the country, with hundreds of protesters took to the streets of Minneapolis demanding for prosecutors to bring charges against four Minneapolis police officers over the death of George Floyd, an unarmed Black man.
Floyd died at the hospital late on Monday after a white police officer, knelt on the 46-year-old’s neck for several minutes as Floyd moaned and yelled: “I can’t breathe.”
A video of the incident shows Floyd pleading with police and eventually appearing motionless as the officer’s knee remained on his neck. Bystanders can be heard urging the officer to get off of Floyd.
On Tuesday night, demonstrators filled the intersection where Floyd was pinned down, chanting “I can’t breathe” and “no justice, no peace”.
Floyd’s death has been compared to that of Eric Garner, an unarmed Black man who died in 2014 after being placed in a chokehold by New York City police and pleading: “I can’t breathe.”
“What we saw was a public lynching without a rope,” said Leslie Redmond, president of the Minneapolis chapter of the National Association for the Advancement of Colored People (NAACP).
“Enough is enough. We are done dying,” Redmond said. “We want to see them prosecuted.”
In emotional appeals on US news channels, Floyd’s family demanded justice.
“These officers, they need to be arrested right now, the people want justice right now,” Philonese Floyd, George’s brother said.
“They need to be convicted and get the death penalty,” Philonese Floyd said.
In a news conference on Wednesday, Minneapolis Mayor Jacob Frey joined calls for the officer who pinned Floyd down to be arrested, asking: “Why is the man who killed George Floyd not in jail?”
He added: “If you had done it, or I had done it, we would be behind bars right now.”
Medaria Arradondo, the city’s first Black police chief, swiftly fired the four officers involved, a move community leaders acknowledged as “a win”, but said should only be the first step.
“I don’t want to undermine how big of a win it was to Chief Arradondo to fire those four officers the same day the footage was shown to the public,” the NAACP’s Redmond said, highlighting that while it was only one officer who pinned Floyd to the ground “all of them were responsible and played a role”.
“The next step,” Redmond said, was criminal charges being brought against the four officers – identified by as Derek Chauvin, Thomas Lane, Tou Thao and J Alexander Kueng.
“What we are seeing is a violation of Black people’s human rights,” Redmond said. “Our humanity has always been denied on American soil.”
The Minnesota Bureau of Criminal Apprehensive (BCA) and the FBI are both investigating the incident.
The Hennepin County Attorney’s Office, which will handle the case, said in a statement it was “shocked and saddened by what appeared in a recent video”. It added that after the BCA and FBI present their findings, it will make a decision on prosecution.
“We promise a thorough, expedited review consistent with our ongoing commitment to justice,” the statement read. “Every person is entitled to fairness; no person stands above the law.”
Related tags : George Floyd Human Rights US Transitional justice in Nepal just got more complicated. This follows the Supreme Court’s dismissal of a government petition asking for a review of the apex court’s earlier decision. There could be n
Read More 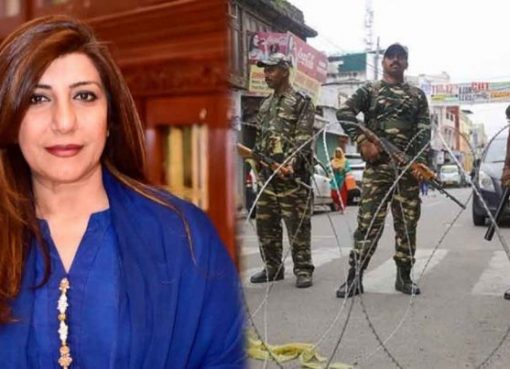 India govt. on August 5 last year abrogated Article 370 of the Indian constitution which granted the special autonomy to Indian-occupied Kashmir. Since then at least 4,000 people have been arrested a
Read More