In 2003, Kerik was appointed by the administration of George W. Bush to serve in Iraq after the invasion. When Bush sought to appoint him as head of the Department of Homeland Security, Kerik lied to the administration officials vetting him. Over time, other problems emerged, including taking bribes during his time working for New York City. He pleaded guilty to felony charges and was sentenced to prison. Earlier this year, President Trump pardoned him.

That’s important context to consider when evaluating Kerik’s appearance Tuesday night on Tucker Carlson’s Fox News program. Kerik was there to serve as an authoritative voice evaluating what Carlson presented as the arguments being made by protesters who have demonstrated in scores of cities in the past week to draw attention to questions of race and policing. His response to Carlson’s loaded question was certainly in line with what Trump would like to hear — but it was also broadly misleading.

“So one of the reasons that [New York Gov.] Andrew M. Cuomo attacked the NYPD is because every Democrat believes, and now says out loud, that police are racists,” Carlson said after introducing Kerik. “They are instruments of systemic racism, of white privilege, of white supremacy.”

This is a straw man. There are some who suggest that police broadly are racist. The focus of the protests, though, isn’t that police are inherently racist, it’s that the system of law enforcement in the country is racially imbalanced, leading to harsher and more frequent punishments for black people than for whites. Carlson intentionally conflates this question of racism in the system — systemic racism — with assertions that police officers themselves are racist.

“You ran the NYPD,” Carlson continued. “You’ve seen the numbers. You know the reality. Is that true?”

“You know what, Tucker? I’m going to give you a set of numbers that the mainstream media just refuses to listen to or look at,” Kerik replied. “And these are numbers that come out of the FBI Uniform Crime Report and The Washington Post.”

Those numbers are accurate. The Post’s database of police shootings does include 1,004 such incidents last year and government data show about 10 million arrests per year in recent years.

But then Kerik goes sideways.

“If you listen to the rhetoric, every one of those people were black,” Kerik said. “You know what? That’s a lie. That’s completely false. It’s not true. Nineteen white people, unarmed, were shot and killed by police last year. Nine — nine — were black. Nineteen whites, nine were black.”

This, too, is a straw man. No serious criticism of police interactions with suspects alleges that every unarmed person killed by law enforcement was black. Kerik’s assertion is a lie — but it’s not an assertion being made.

“It’s unbelievable,” Carlson said, adopting the mannerism of someone experiencing true disbelief. “Those are the facts. You think news organizations would inform their viewers of the facts because that’s their obligation.”

And, you know, because news organizations compiled the data.

But again, Kerik’s presentation is misleading. His figure for the number of police shootings — 1,004 — was accurate. That number has been consistent over the past several years, as have the numbers of white and black people who have been shot and killed by police.

The distinguishing factor here, though, gets to the heart of the protests. The complaint isn’t that every person killed by police is black, it’s that black people are disproportionately shot and killed by police. And The Post’s data reflect that. As a function of population, the people shot by police are much more likely to be black than white. Year after year, that’s the case.

Focusing on only those individuals who were unarmed is itself a way of misleading the audience, of course, implying that each of the other police shootings was perhaps necessarily unresolvable save for the use of fatal force. But even here, the same problem emerges: Twice as many unarmed white people were shot and killed by police as unarmed black people — but whites make up nearly five times as much of the country’s population.

What The Post’s data doesn’t capture is how many incidents there might have been in which police encountered an armed individual but didn’t use fatal force. We don’t know, in other words, how often police encountered armed white suspects and armed black suspects and the suspects didn’t end up dead. We can’t effectively evaluate how evenhanded the police response has been without that data, of course. If every encounter with an armed white person leads to that suspect’s death but only 1 in 100 encounters with a black person does, that suggests something very different from what the above numbers show. The same holds if those proportions are reversed.

As for the number of arrests, which Kerik presented to show how infrequently people who are stopped by police end up dead — which is true — those data alone show the disparity by race. Again controlling for population, blacks were much more likely to be arrested than whites in each year since 2012 for which data are available.

That big drop in the ratio of unarmed deaths between black and white suspects is interesting, given that it follows the emergence of the Black Lives Matter movement in 2014. We don’t have data to suggest that BLM helped reduce the proportion at which black people were killed by police, and the small numbers at play mean there’s going to be more variance. It’s at least an interesting trend, given what was happening politically.

That last graph, though, shows the disparities that are pushing people to protest. The data alone don’t answer the question of why the disparity exists, which is a central question to answer. What Kerik sought to do, though, was dismiss the disparity outright — with Carlson’s obvious approval. 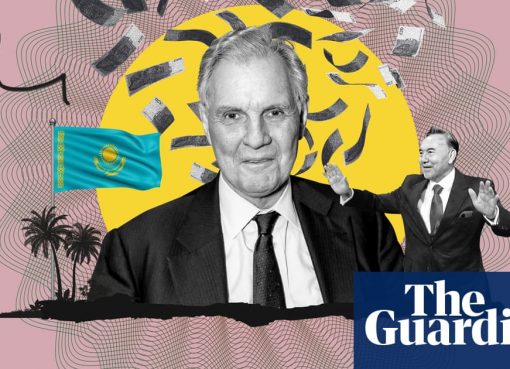 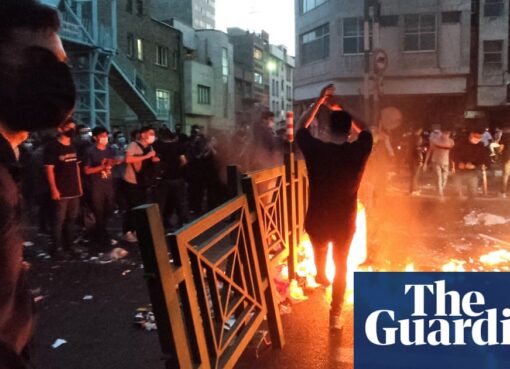 Show caption People protesting over the death of Mahsa Amini, whose family say she sustained fatal injuries in a beating by police. Photograph: Wana/Reuters Iran Iran marchers call for execution of an
Read More 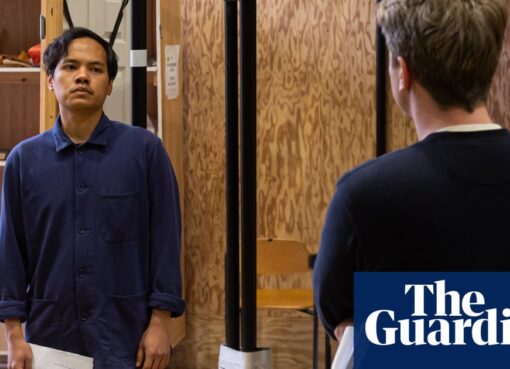