46
SHARES
ShareTweet
Advertisement
The Malaysian national human rights commission, Suhakam, has launched an independent investigation after an Indian national, living in detention in Malaysia for about 7 weeks, died of “suspected” Covid-19.
At least 60 Indian nationals, including 20 women, have been living in Malaysia for the past 55 days. They were picked up on May 1 during raids in Kuala Lumpur to find immigrants who had overstayed their visas. One of the detainees – a Chennai resident – has died of suspected Covid-19.
Many of those detained are from Tamil Nadu, Kerala and Telangana, and had travelled to Kuala Lumpur on holiday in March. They were scheduled to return to India in the second half of that month, but were stranded when Malaysia went into lockdown on March 18.
On March 19, Malaysia’s immigration department had issued an order saying all foreign nationals whose visa expired during the lockdown could leave Malaysia without any special pass, provided they had a valid passport.
Despite the order, immigration officials raided Malayan Mansion in Masjid India area of Kuala Lumpur on May 1, rounded up the Indian nationals and detained them at Bulkit Jalil immigration depot on the city’s outskirts.
Since then, one of the detainees, 67-year-old Zeawdeen Kadar Masdan from Chennai, has died of suspected Covid-19.
The families of some of the other detainees, said they have not been allowed to communicate with their relatives stranded in Malaysia since May 1, and that they were worried about their health as the Bulkit Jalil camp is known to be a Covid-19 hotspot.
Masdan had travelled from Chennai to Kuala Lumpur on March 17 with his son Jamaluddeen and the latter’s father-in- law on a multiple-entry visa valid for 30 days. They were scheduled to return to Chennai on March 20.
According to a media reports, though Masdan had tested negative for Covid-19 prior to his arrest, he tested positive at the detention camp and was sent to a Covid-19 hospital from May 26 to June 7.
On being discharged he was taken back to the detention centre. But four days later, on June 11, he was found unconscious and pronounced dead in a local hospital. His son Jamaludeen meanwhile had returned to Chennai.
“My father had tested negative for Covid-19 twice, and I believe that he died because he was not given proper medicine and food at Bulkit Jalil depot. He had a heart condition, had undergone a bypass surgery, and needed to take medicines regularly,” Jamaludeen said.
Days before Masdan’s death on June 3, Zahir Hussain, the Malaysia coordinator for Pravasi Legal Cell, an NGO that provides legal aid to Indians abroad, had written emails to the Indian High Commission in Malaysia seeking their help.
The families of other detainees said they have repeatedly complained to the Indian High Commission but have received no response.
A relative of two detainees from Hyderabad, who did not wish to be identified, said, “My 72-year-old father and brother went to Malaysia on vacation on May 4, and had confirmed return tickets for March 18. But they got stuck due to the lockdown. My dad underwent bypass surgery 10 years ago, and needs six medications which he may not be getting. They were registered for repatriation flights but have missed both flights so far – on May 14 and June 21.”
A Ministry of External Affairs official has promised to look into the matter.
Malaysia’s national human rights commission Suhakam meanwhile has ordered a formal investigation into the detention of Indians, and the death in custody of Masdan.
Jerald Joseph, commissioner of Suhakam, said, “We will soon interview concerned immigration officers, police officers and higher officials who made policy changes. We will also meet Indian high commissioner and try our best to contact the family members of the victim (Masdan) and others detained.”
Joseph added, “Under normal circumstances, visa expiry would have warranted action but he should not have been arrested in the first place. We will look into the cause of his death — whether it was due to natural causes, sickness or something else.”
Joseph said the Malaysian defence minister had also publicly announced that no action would be taken against foreigners with visas that expired during the Movement Control Order.
Related tags : Coronavirus India lockdown Malaysia 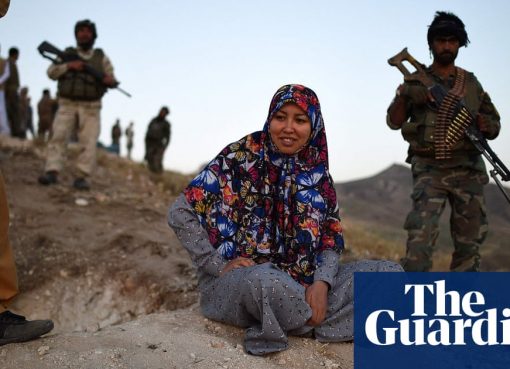 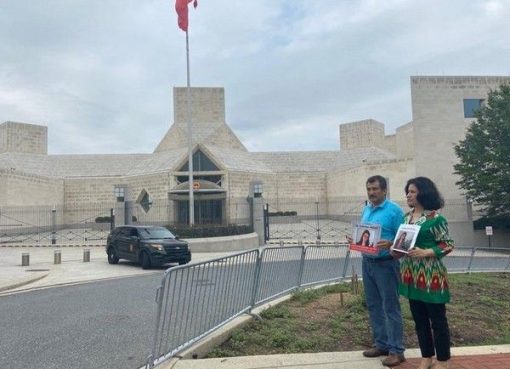 A protest was staged outside the Chinese Embassy in the United States by Rushan Abbas, an Uyghur American activist on the second anniversary of her sister’s detention in northwestern China’s Xinjiang
Read More