Léopold’s name and image are omnipresent in the Belgian capital, from the proud statues and busts that stand in many public places, to the carefully manicured Léopold Park, to his double-L monogram carved into the imposing public buildings that were erected during his reign. But he presided over the deaths of millions of Congolese people during a rule that was notably brutal even for an era when European powers were industriously subjugating African populations at gunpoint.

#Antwerp authorities have removed a statue of colonial Belgian King Leopold II after the weekend’s #BlackLivesMatter protest. The campaign to remove all of them continues. #DRC #KingLeopoldII #Belgium pic.twitter.com/7Io5uAfcMK — Jack Parrock (@jackeparrock) June 9, 2020

In at least five cities across the country, Léopold statues have been splashed with red paint in the past week. On Sunday, 10,000 people packed the square in front of Brussels’ Palace of Justice demanding an end to racism and police brutality in Belgium and the United States. On Monday, the University of Mons, in southwest Belgium, announced it was removing a bust of Léopold from its business school building. On Tuesday, authorities pulled down a Léopold statue in Antwerp that had been defaced and said they would store it in a museum.

More than 63,000 people have signed a petition demanding that all Léopold statues in the country be removed by June 30, the 60th anniversary of the independence of the nation that is now the Democratic Republic of Congo.

Activists say Belgium has been slow to come to terms with its colonial past, and the Léopold statues have been one of the main symbols of what they say is a far broader problem within the country.

“Everything around us in the city in Brussels, it’s a stain, a trace of the absence of recognition of the atrocities, of everything that has been done in the Congo,” said Joëlle Sambi, an activist with the Belgian Network for Black Lives, which has helped organize the protests. “If that statue is removed, it’s only a symbol, but symbols are important to start opening up the conversation.”

Protesters have also focused on the issue of police violence, which they say targets people of color more than white Belgians. Most recently, a 19-year-old man identified publicly only as Adil, who lived in an immigrant heavy area of Brussels, died in April after he fled a police checkpoint during the height of the coronavirus lockdown and was hit by a police van. His death set off days of protests against the police.

Although there have been waves of anger in previous years, some protesters say this time feels different.

“We cannot stand it any more,” said Marie Gerard, 40, a nurse who carried a Black Lives Matter sign written in French and English to the Sunday protest in Brussels. “I don’t want for my three kids to protest in the future for their own rights.”

If removed, the Léopold statues would join others that have been relegated to the scrap heap during this moment of upheaval. In just the past week, Confederate statues have come down — removed by local officials or protesters — in Philadelphia; Birmingham, Mobile and Montgomery, Ala.; Alexandria and Richmond; and Jacksonville, Fla. In the English city of Bristol on Sunday, a crowd tore down a statue of a 17th century slave trader, Edward Colston, and tossed it into the harbor, and there is now a debate about statues of Prime Minister Winston Churchill, a wartime hero whom protesters say was also racist.

“You don’t need years to debate it,” said Pascal Smet, a Brussels alderman who is in charge of public space and heritage in the city. He said he wanted a swift public discussion about whether to banish the Léopold statues — which he said he did not oppose — or whether to leave them in place and add context about colonial history.

“There is a lot of ignorance” about the statues, Smet said. “It’s a historical heritage that’s there, that nobody questioned.”

A spokesman for Belgian King Philippe — Léopold II’s great-great-great-nephew — declined to comment about the statues.

When Léopold II came to Belgium’s throne in 1865, he presided over a diminutive and divided country that was just one generation old. He resolved to create an empire, and he seized his chance when European powers met in 1884 to agree on borders between their colonies in Africa. The Congo Free State was more than 76 times larger than Belgium.

Along with expanding his power, Léopold’s motives were economic — first ivory, then rubber. His rule was characterized by nearly unparalleled brutality. Millions were enslaved, and vicious whippings, beheadings and the severing of hands and limbs were common. Historians believe as many as 10 million people, or half of Congo Free State’s population, died due to conditions imposed by Léopold.

The two countries still retain strong ties, and there is a large Congolese population in Brussels and in other Belgian cities. Many white Belgians have parents or grandparents who worked or lived in the Belgian Congo. It is common to see Congolese carvings and art in white Belgians’ homes — many of the grandest of which were built with money earned during Léopold’s rule.

The education minister for Belgian French-speakers, Caroline Désir, said Monday that educators plan to make the history of the Belgian Congo a mandatory and significant part of a new curriculum currently under development.

“Too many students leave school without knowing anything,” she said in a video posted on Twitter.

Historians say Belgium’s sense of its past is evolving.

“The view we have on the statues today, it’s not the same as we had a century ago. It’s important to adapt the landscape,” said Serge Jaumain, a professor of contemporary Belgian history at ULB, the Free University of Brussels. “It’s very important to use those statues, like the protests we have today, to look to history and to understand our history.”

Congo, meanwhile, remains one of the poorest countries in the world and has been beset by violent conflict over land and resources since its independence. Millions live in displacement camps and rely on food aid despite the country’s richness in natural resources. In late 2018, Congo witnessed its first peaceful transfer of power, though the election was marred by irregularities.

The Belgian protests have echoed in Congo. The civil rights group LUCHA, a French-language contraction that means Fight for Change, posted a video of Belgian protesters calling for reparations to be paid to Congo while dancing on a statue of Leopold.

“Black lives matter. Congolese lives matter. Every human life matters,” the group wrote in the post. “Belgium should be ashamed it continues to present Leopold as a ‘civilizing’ hero through history courses, statues, effigies, stamps, avenues and streets in his honor.” 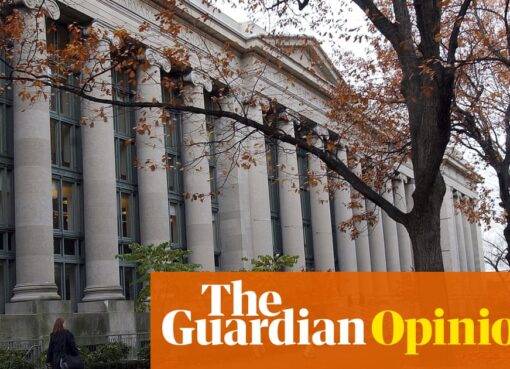 During the three decades that I headed Human Rights Watch, I recognized that we would never attract donors who wanted to exempt their favorite country from the objective application of international h
Read More 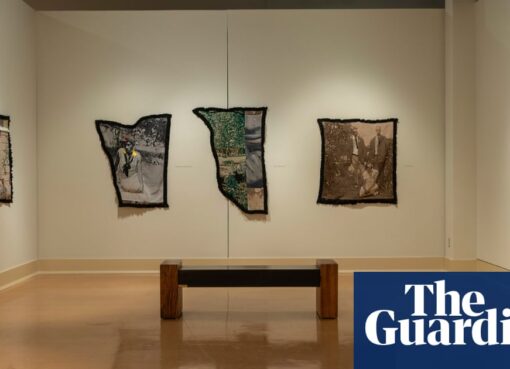 ‘A sense of radical possibility’: re-examining the great migration through art

Show caption Akea Brionne – An Ode To (You)'all, 2022. Photograph: Photography BMA/Photograph by Mitro Hood. Courtesy of the Mississippi Museum of Art and Baltimore Museum of Art Art ‘A sense of radic
Read More 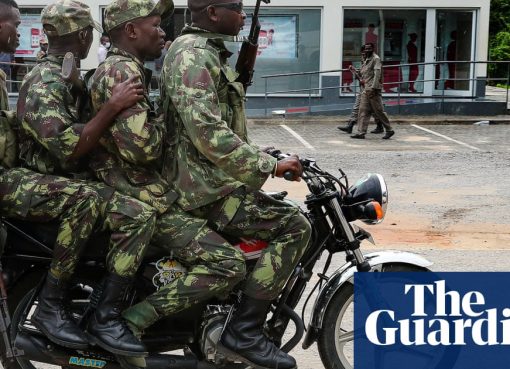