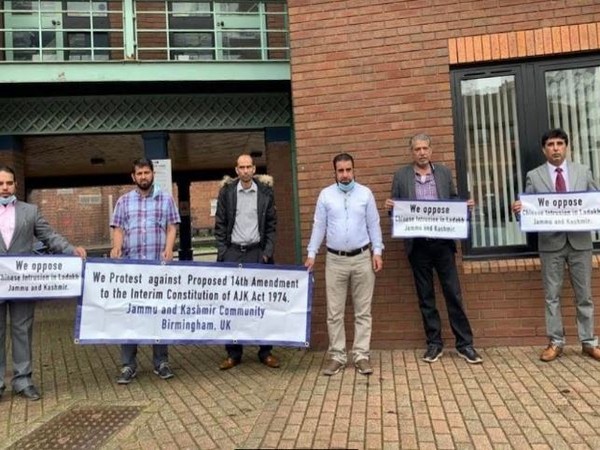 49
SHARES
ShareTweet
Advertisement
In a demonstration outside the Consulate of Pakistan in Birmingham, human rights and political activists from Pakistan occupied Kashmir (PoK) protested against the proposed 14th Constitutional amendment in AJK Act 1974 saying the amendment is a “grass-root violation” of the 1973 Constitution of Pakistan.
In a letter to Consul General, Ahmar Ismail, the activists stated, “We outrightly reject proposed 14th amendment which is targeting indigenous people of so-called Azad Kashmir (Pakistan Occupied Kashmir) and demand to establish rule of law which complies with the fundamental human rights and as a reference to this, Article 8 – 28 of the constitution of Pakistan which is adopted from the universal declaration of human rights charter and UN”.
The activists said that proposed amendment by the Law ministry is a grass-root violation of the article 257 of the 1973 Constitution of Pakistan which states “When the people of the State of Jammu and Kashmir decide to accede to Pakistan, the relationship between Pakistan and the State shall be determined in accordance with the wishes of the people of that State.”
In a letter, the political activists from PoK also demanded a fair share of royalty in the hydropower projects of Mangla Dam, Neelum Jehlum and other resources, and provide free clean water and free electricity to the people of PoK.
They also raised remand to evict all the armed `Jihadi’ groups from all the territories of the PoK since a large number of terror outfits are based in mountains and forests of PoK, which are used by Pakistan Army for a proxy war against India.
They also demanded to repeal Karachi (Pact) Agreement of 28 April 1949 and release all political prisoners in Gilgit Baltistan and restore State Subject Rule in Gilgit Baltistan.
“That no settlement of the disputed nature of the J&K can ever be accepted without the expressed and unfettered will of the 20 million State Subjects of the J&K”, the protesters said in a memorandum.
They also demanded to remove the discriminatory clause “State accession to Pakistan” for those indigenous candidates who want to take part in the election of the legislative assembly in Pakistan occupied Kashmir.
The protesters from PoK also opposed the Chinese intrusion in Ladakh and called it a violation of international laws.
Related tags : 14th Constitutional amendment in AJK Act 1974 Human Rights Pakistan POK United Kingdom

Indian-American politician Nikki Haley and some top US Republican leaders have demanded that the US boycott the 2022 Winter Olympics in Beijing citing the "horrific" human rights abuses committed by C
Read More
June 26, 20210 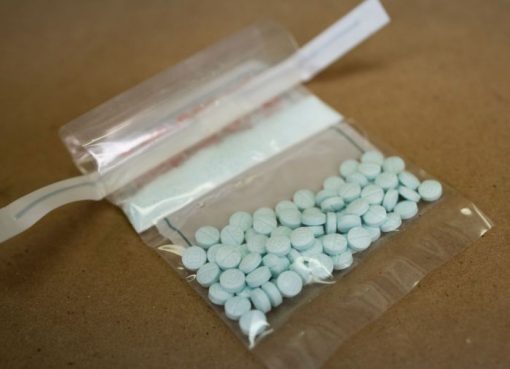 US imposes sanctions on Chinese national over fentanyl trafficking

The US Treasury Department has imposed sanctions on a Chinese national accused of trafficking fentanyl, a cheap opioid painkiller 50 times more potent than heroin, into the country.A release by the US
Read More