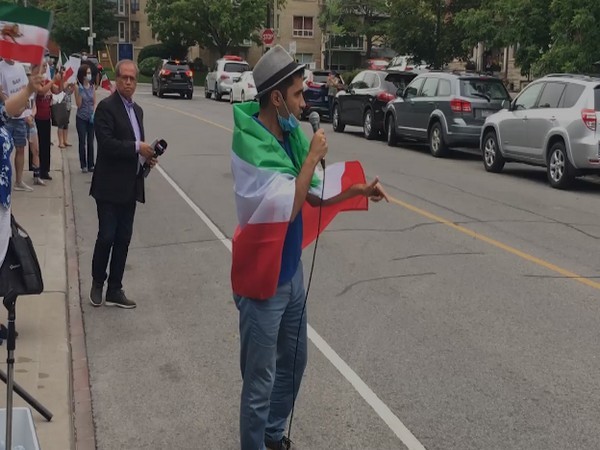 42
SHARES
ShareTweet
Advertisement
Over a hundred Torontonians staged a protest against China’s communist regime outside the Chinese consulate in Canadian city Toronto demanding that the Chinese government free Tibet and Hong Kong.
Protestors of diverse background also condemned the Chinese communist party’s aggression in Ladakh.
They also urged the Canadian Government to boycott Chinese goods in Canada. The protestors have asked international communities to intervene in order to get two Canadians released who have been held hostage by the Chinese government.
Michael Kovrig and Michael Spavor were detained by China in December 2018. They have been formally charged with spying by Chinese prosecutors. Their detention is widely seen as retaliation for Canada’s arrest of Huawei Technologies Co. Ltd. executive Meng Wanzhou in order for Ottawa to comply with a U.S. extradition order. The Canadian government has repeatedly described their detention as “arbitrary.” Family members and contacts of the two men have described them being held in poor conditions, and denied outside contact.
The protestors also raised their voice against the persecution of Uighur Muslims in China’s Xinjiang region.
The Protesters from Iranian diaspora raised voice against the Iranian regime from selling Iran to China.
Tibetans and Vietnamese diaspora also participated in the protest. All speakers urged the Canadian Government to implement magnitsky sanctions on Human Rights violators in China.
A large number of Indian diaspora holding tricolor also participated in the protest to oppose Chinese aggression in Ladakh. On June 15, 20 Indian soldiers were martyred in a stand-off with Chinese PLA at Galwan Valley in Ladakh.
Related tags : Canada China Chinese communist party Hong Kong Human Rights India Ladakh protests Tibet Xinjiang

India is a best example of zero-carbon energy: Prince Charles

London: Britain's Prince Charles said on Wednesday that India is a good example about using solar power, especially for those countries which are accelerating the move towards a zero-carbon future. T
Read More

Karsewa by Ranjit Nagara Foundation, USA stopped in Pakistan due to non compliance by ETPB/PSGPC Office

USA based Ranjit Nagara Foundation which was overseeing the karsewa (renovation/construction) of Gurdwara Chowa Sahib, Jhelum, Pakistan and other local Gurdwaras in its press release has notified that
Read More