Thousands of peaceful protesters have been swept up in France’s draconian crackdown on demonstrations, which has seen the authorities misuse the law to fine, arbitrarily arrest and prosecute people who have committed no violence, a report from Amnesty International has found.

Arrested for protest: Weaponizing the law to crackdown on peaceful protesters in France documents how a blanket ban on protests following the COVID-19 -lockdown, was disproportionate and resulted in hundreds of unjustified fines. It also finds that long before the pandemic, first aiders, journalists and human rights observers were among those targeted under vague laws during nationwide protest movements that began in late 2018.

“Disproportionate restrictions on protests in post-lockdown France are a continuation of a disturbing pattern that has seen peaceful protesters under assault from the police and the justice system. When people are detained for releasing balloons or holding banners, it has a deeply chilling effect on lawful protest,” said Marco Perolini, Amnesty International’s Europe Researcher.

“Thousands have been arbitrarily fined, arrested, detained and prosecuted for peaceful activities which should not be considered offences. Peaceful protests have been banned under draconian COVID-19 powers and hundreds of protesters fined”.

In recent years, France has seen a steep rise of nationwide protest movements, from the Yellow Vests (Gilets Jaunes) to the demonstrations calling for action against the climate emergency, social justice and those against police impunity and racism which occurred in the aftermath of the killing of George Floyd in the US.

Between November 2018 and July 2019, 11,203 Yellow Vests protesters were placed in pre-charge detention.

These protesters have been arrested and prosecuted for activities that should not constitute a criminal offence. In 2018 and 2019, more than 40,000 people, including protesters, were convicted on the basis of vague laws.

Disproportionate restrictions on protests in post-lockdown France are a continuation of a disturbing pattern that has seen peaceful protesters under assault from the police and the justice system Marco Perolini, Amnesty International

They include the criminalization of “contempt of public officials”, “participation in a group with a view to committing violent acts” and “organizing a protest without complying with notification requirements”.

Frédéric, a trade union organiser, has been arrested and prosecuted several times over the past two years for his peaceful activities and fined five times for participating in what the authorities considered ‘banned protests’.

Brice, a journalist, was filming the Yellow Vest protests in Paris in April 2019 when he was arrested, kept in pre-charge detention for 24 hours and charged with “violence”, “covering his face” and “preparing violent acts”. He told Amnesty International: “I find it absurd that the prosecutor asked for a [sentence of] three months, considering that I am a journalist and that there was no evidence against me.” He was eventually acquitted.

In 2019, 20,280 people were convicted of “contempt of public officials”, including protesters. This vaguely defined offence covers anything deemed to “affect the personal dignity or the respect owed to a public official” and is punishable with up to a year in jail and a fine of up to €15,000.

At a protest against police violence in Narbonne in May 2019, four protesters were cautioned for contempt just for unfurling a banner reading “Yes to the lily of the valley, no to rubber bullets”.

In Marseille, a man who swore at a police officer who was about to hit a woman with his baton during a protest was himself beaten, held in pre-trial detention for 24 hours, convicted for contempt and fined €900. He also had to pay €1,000 in damages to the police officer, while no action has been taken against the police officers.

In response to the sharp rise in the use of tear gas, rubber bullets and teargas grenades by police, protesters have increasingly resorted to wearing face masks, helmets and protective goggles. In April 2019, a blanket ban on face coverings at protests was introduced, punishable with fines of up to €15,000 and a prison sentence of up to one year. Between April and October 2019, 210 people were detained in pre-charge detention under this ban. In 2019, 41 protesters were convicted for this offence.

The law that prohibits the wearing of face coverings in public assemblies should be urgently reviewed, given that face coverings are now a necessary measure to counter COVID-19.

Hundreds of people, including protesters, have been convicted for “participating in a group with a view to preparing acts of violence”. This catch-all offence allows authorities to arrest and prosecute people, not for what they have done, but what the authorities believe they might do in the future. Protesters have been arrested and prosecuted simply for carrying goggles or masks to protect themselves from tear gas and rubber bullets.

One activist told Amnesty International: “It is as though a person can be fined when purchasing a Ferrari because it is assumed they will go over the speed limit”.

Sophie, a woman who joined the Yellow Vest movement, told Amnesty International that she was detained for “participating in a group with a view to preparing acts of violence” after inflating balloons on the Champs-Elysées on Bastille Day.

Arrest and prosecutions have had a chilling effect on the right to freedom of peaceful assembly in France. Many of those interviewed by Amnesty International said that they now thought twice before protesting, took part less regularly in protests or avoided large public assemblies.

“It is ironic that a country with such a long and proud tradition of collective action for social change is criminalizing protest in this way. Three years after Emmanuel Macron made an election pledge to protect the right to peaceful assembly, peaceful protest faces an unprecedented attack,” said Marco Perolini.

“Using the law to target protesters may be less visible than using excessive force, but it is no less damaging to the right to protest. The French authorities must stop criminalizing people and amend all the laws that hamper the right to peaceful assembly.” 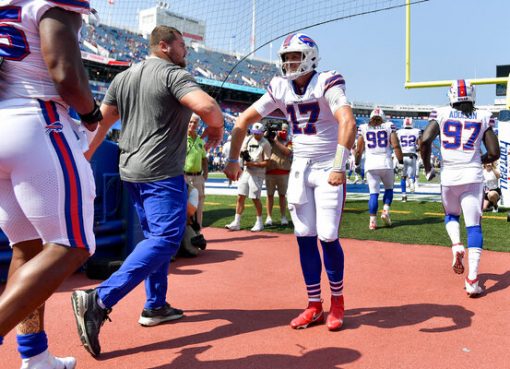 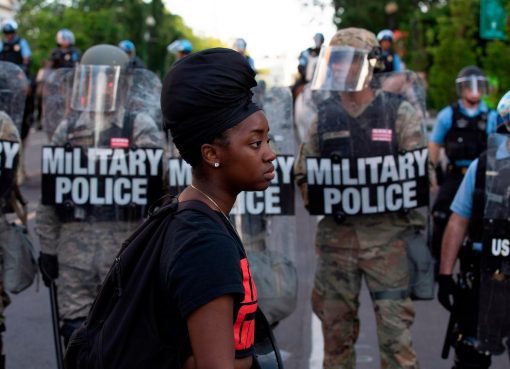