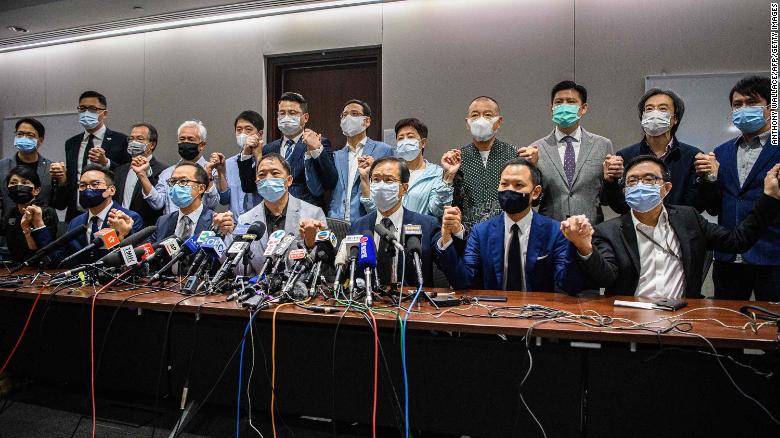 42
SHARES
ShareTweet
Advertisement
All the Hong Kong’s elected pro-democracy opposition on Wednesday resigned together in protest over the expulsion of four lawmakers, after Beijing passed a resolution which gives local authorities power to unseat politicians without having to go through the city’s courts.
Under the new ruling, lawmakers who are deemed to promote or support Hong Kong independence, or who refuse to acknowledge Beijing’s sovereignty, will “immediately lose their qualifications,” the resolution said.
It also applies to elected lawmakers who “seek foreign forces to intervene in the affairs of Hong Kong, or who have endangered national security” and who “fail to uphold the Basic Law” — the city’s mini constitution.
Democratic Party lawmaker Wu Chi-wai, convenor of the pro-democracy bloc slammed Beijing resolution as “ridiculous” and said the decision signalled Beijing complete abandonment of the Basic Law.
“Hong Kong, from today onward, can no longer tell the world that there is ‘one country, two systems’,” Wu said.
Earlier, four Hong Kong opposition lawmakers were disqualified with immediate effect after the National People’s Congress Standing Committee (NPCSC) passed the resolution. The lawmakers unseated on Wednesday were the Civic Party’s Alvin Yeung Ngok-kiu, Kwok Ka-ki and Dennis Kwok, alongside Kenneth Leung of the Professionals Guild, who were previously barred from running in the now-postponed Legislative Council elections.
Earlier in the day, state-run Xinhua news agency reported that lawmakers would immediately lose their seats under specified circumstances such as for promoting Hong Kong independence and engaging in acts threatening national security.
It also stated that any announcement of lawmakers losing their seats would be made directly by the Hong Kong government.
The city administration revealed the four lawmakers had been removed within minutes of the NPCSC resolution being handed down, leading to the suspension of a Legco meeting attended by the barred quartet.
The government clampdown comes in response to months of pro-democracy protests, which attracted more than 1 million people last year, and plunged the city into political crisis.
Some Hong Kong activists including former lawmakers and protest leaders have sought political asylum in other countries, fearing for their safety under the new measures.
Related tags : China Hong Kong National People’s Congress Standing Committee National security law 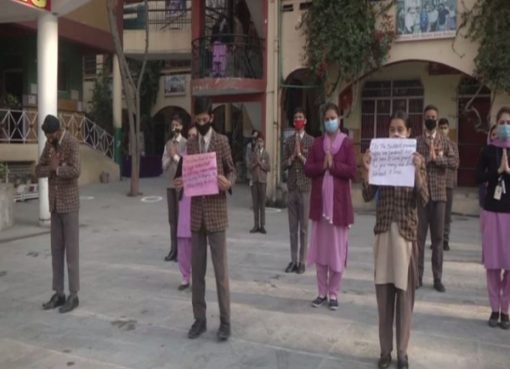 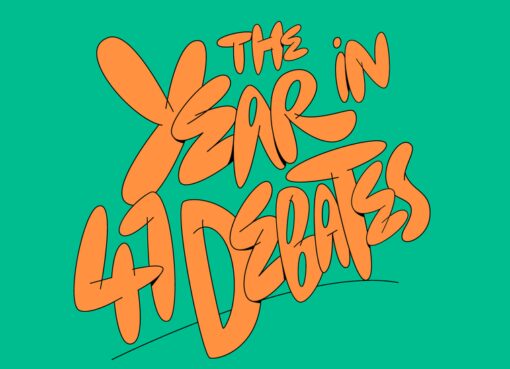 2021: Covid, Wokeness and Other Debates That Defined the Year – The New York Times

Ryan Haskins When I read about the Serbian hermit Panta Petrovic this summer, I liked him immediately — even as I understood that he, being a misanthropic hermit, would not like me back. For starters
Read More