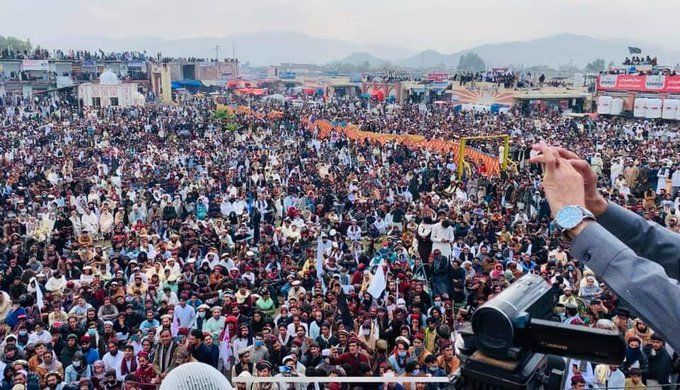 39
SHARES
ShareTweet
Advertisement
In a protest organized by Pashtun Tahaffuz Movement (PTM), thousands of Pashtuns gathered in North Waziristan on November 12 to demonstrate against Pakistani establishment “brutalities” in the form of “extrajudicial killings, enforced disappearances and unlawful detentions.”
On November 15, the group held a second rally in Miranshah, North Waziristan where yelled slogans accusing the government of persecuting Pashtuns in Pakistan.
In a tweet, Afrasiab Khattak, a former member of the Senate of Pakistan, said that the PTM members “are expressing opposition to a new war being imposed on both sides of Durand Line.”
“PTM is a trailblazer in resistance to war state repression. Glad that other political parties have mustered the courage to point out the real usurpers,” he said.
Khor Bibi, human rights activist and supporter of PTM, in a tweet said: “Thousands of Pashtuns gathered at Miranshah in North Waziristan from all over Pashtunkhwa against state brutalities with Pashtuns.”
Pashtuns are the second largest ethnic group in Pakistan, forming 15 per cent of the population, and are considered one of the five major ethnolinguistic groups of the nation.
The Pashtuns are facing genocide in the hands of the Pakistan army as a large number of civilians are killed and many are victims of enforced disappearances. They allege that Pashtuns are becoming victims in the hands of the Pakistan army and the terrorists in the region.
Leaders of Pashtun Tahaffuz Movement, which fights for rights of ethnic Pashtuns, have faced intimidation and arrests. In May, Arif Wazir, a leader of the PTM, was attacked in Wana in North Waziristan, and was severely wounded and later he succumbed to his injuries.
Though Pakistan media is silent about the protest, journalists and activists from across the country have tweeted about the “massive gathering”.
“Long Live Resistance…….Good to see people of formerly FATA standing up for their rights which have been curbed for decades,” journalist Mubashir Zaidi tweeted.
An activist said that Pashtun youth are rising against the human rights abuses they face.
“People in the peripheries have faced the most extreme forms of human rights abuses but their voices have been silenced. From GB to FATA, today’s youth is rising against this history of suffering and injustice. More power to them,” Ammar Ali Jan tweeted.
Related tags : enforced disappearances North Waziristan Pakistan Pashtun Tahaffuz Movement Pashtuns Protest

Diamond thief must pay back £244 after record £4.2m heist 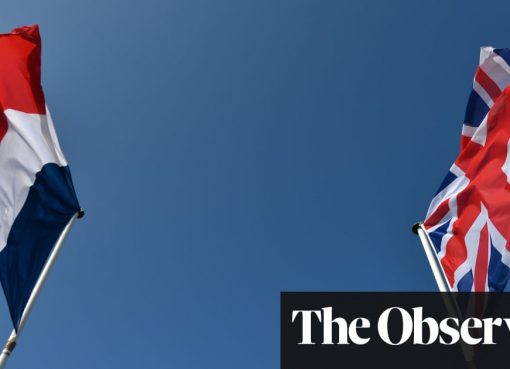 The Observer view on Anglo-French relations

Show caption Paris has dismissed Britain as a mere US accomplice in the Aukus row. Photograph: Artur Widak/NurPhoto/Rex/Shutterstock Opinion The Observer view on Anglo-French relations The exclusion o
Read More 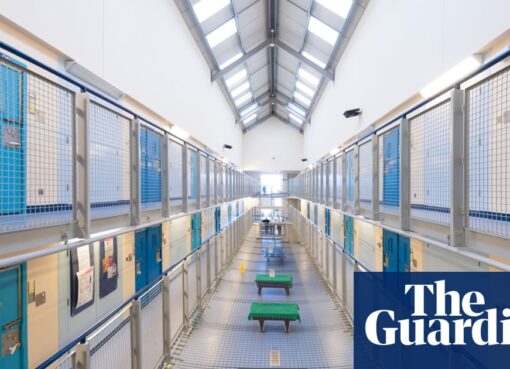