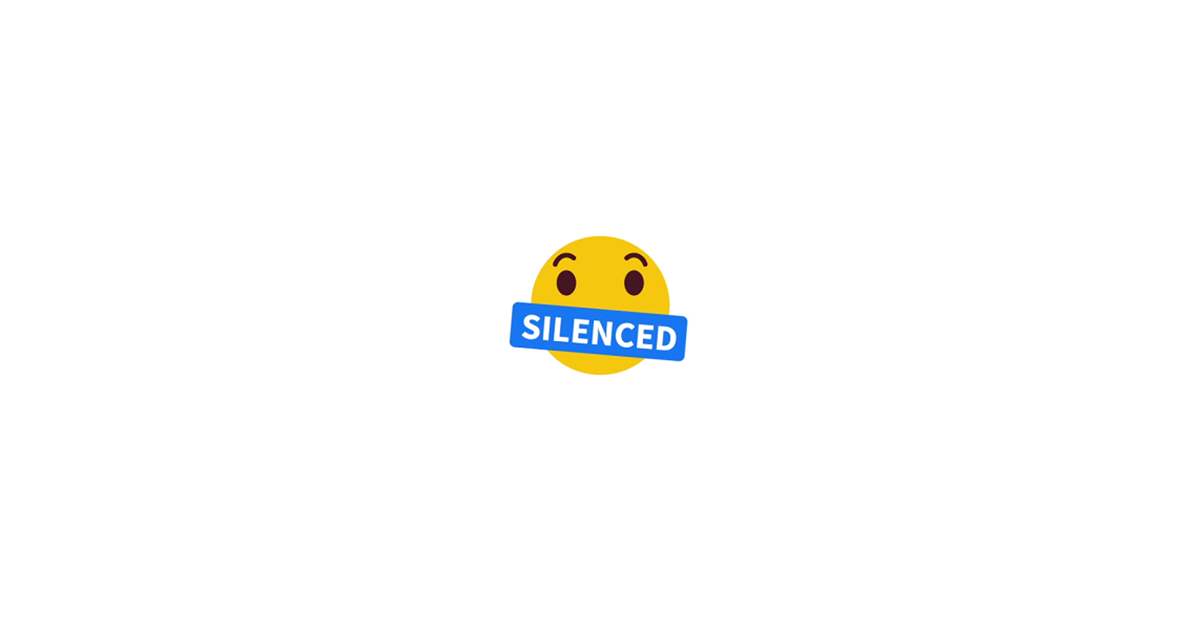 Tech giants Facebook and YouTube are allowing themselves to become tools of the Vietnamese authorities’ censorship and harassment of its population, in an alarming sign of how these companies could increasingly operate in repressive countries, a new report by Amnesty International reveals today.

The 78-page report, “Let us Breathe!”: Censorship and criminalization of online expression in Viet Nam”, documents the systematic repression of peaceful online expression in Viet Nam, including the widespread “geo-blocking” of content deemed critical of the authorities, all while groups affiliated to the government deploy sophisticated campaigns on these platforms to harass everyday users into silence and fear.

“In the last decade, the right to freedom of expression flourished on Facebook and YouTube in Viet Nam. More recently, however, authorities began focusing on peaceful online expression as an existential threat to the regime,” said Ming Yu Hah, Amnesty International’s Deputy Regional Director for Campaigns.

“Today these platforms have become hunting grounds for censors, military cyber-troops and state-sponsored trolls. The platforms themselves are not merely letting it happen – they’re increasingly complicit.”

In 2018, Facebook’s income from Viet Nam neared US$1 billion – almost one third of all revenue from Southeast Asia. Google, which owns YouTube, earned US$475 million in Viet Nam during the same period, mainly from YouTube advertising. The size of these profits underlines the importance for Facebook and Google of maintaining market access in Viet Nam.

“Facebook is by far the most popular and profitable platform in Viet Nam. Businesses have a responsibility to respect human rights wherever they operate in the world, and Viet Nam is no exception. The company could be doing much more to push back against Viet Nam’s heinous repression,” said Ming Yu Hah. “For millions of Vietnamese netizens, Facebook was the great hope for helping to build a free and open society – and it still has the power to be.”

“Instead of seeking to weaponize these platforms, the Vietnamese authorities should stop punishing people simply for exercising their right to freedom of expression. Everybody in Viet Nam, regardless of their political opinions, has the right to participate in public life – both on- and offline.”

In April 2020, Facebook announced it had agreed to “significantly increase” its compliance with requests from the Vietnamese government to censor “anti-state” posts. It justified this policy shift by claiming the Vietnamese authorities were deliberately slowing traffic to the platform as a warning to the company.

Last month, in Facebook’s latest Transparency Report – its first since it revealed its policy of increased compliance with the Vietnamese authorities’ censorship demands – the company revealed a 983% increase in content restrictions based on local law as compared with the previous reporting period, from 77 to 834.

Meanwhile, YouTube has consistently won praise from Vietnamese censors for its relatively high rate of compliance with censorship demands.

State-owned media reported Information Minister Nguyen Manh Hung as saying in October that compliance with the removal of “bad information, propaganda against the Party and the State” was higher than ever, with Facebook and Google complying with 95% and 90% of censorship requests, respectively.

Based on dozens of testimonies and evidence, Amnesty International’s report shows how Facebook and YouTube’s increasing censorship of content in Viet Nam operates in practice.

In some cases, users see their content censored under vaguely worded local laws, including offences such as “abusing democratic freedoms” under the country’s Criminal Code. Amnesty International views these laws as inconsistent with Viet Nam’s obligations under international human rights law. Facebook then “geo-blocks” content, meaning it becomes invisible to anyone accessing the platform in Viet Nam.

I have lost faith in Facebook, so I don’t post much anymore. Nguyen Van Trang, a pro-democracy activist now seeking asylum in Thailand

Nguyen Van Trang, a pro-democracy activist now seeking asylum in Thailand, told Amnesty International that in May 2020, Facebook notified him that one of his posts had been restricted due to “local legal restrictions”. Since then, Facebook has blocked every piece of content he has tried to post containing the names of senior members of the Communist Party.

“I have lost faith in Facebook, so I don’t post much anymore,” Nguyen Van Trang told Amnesty International. “Imagine if you spent years and years growing your Facebook account, posting and writing about your passions for democracy, but then in one easy act, Facebook just erases all the work you have done over the years.”

Nguyen Van Trang has experienced similar restrictions on YouTube, which, unlike Facebook, gave him the option to appeal such restrictions. Some appeals have succeeded and others not, without YouTube providing any explanation.

Truong Chau Huu Danh is a well-known freelance journalist with 150,000 followers and a verified Facebook account. He told Amnesty International that between 26 March and 8 May 2020, he posted hundreds of pieces of content about a ban on rice exports and the high-profile death penalty case of Ho Duy Hai. In June, he realized these posts had all vanished without any notification from Facebook whatsoever.

Amnesty International heard similar accounts from other Facebook users, particularly when they tried to post about a high-profile land dispute in the village of Dong Tam, which opposed local villagers to military-run telecommunications company Viettel. The dispute culminated in a confrontation between villagers and security forces in January 2020 that saw the village leader and three police officers killed.

After Facebook announced its new policy in April 2020, land rights activists Trinh Ba Phuong and Trinh Ba Tu reported that all the content they had shared about the Dong Tam incident had been removed from their timelines without their knowledge and without notification.

On 24 June 2020, the pair were arrested and charged with “making, storing, distributing or disseminating information, documents and items against the Socialist Republic of Vietnam” under Article 117 of the Criminal Code after they reported extensively on the Dong Tam incident. They are currently in detention. Their Facebook accounts have disappeared since their arrests under unknown circumstances. Amnesty International considers both Trinh Ba Phuong and Trinh Ba Tu to be prisoners of conscience.

People jailed, harassed and attacked for their social media use

The Vietnamese authorities’ campaign of repression often results in the harassment, intimidation, prosecution and imprisonment of people for their social media use.

There are currently 170 prisoners of conscience imprisoned in Viet Nam, the highest number ever recorded in the country by Amnesty International. Nearly two in five (40%) have been imprisoned because of their peaceful social media activity.

Twenty-one of the 27 prisoners of conscience jailed in 2020, or 78%, were prosecuted because of their peaceful online activity under Articles 117 or 331 of the Criminal Code – the same repressive provisions that often form the basis of ‘local legal restrictions’ implemented by Facebook and YouTube.

For every prisoner of conscience behind bars, there are countless people in Viet Nam who see this pattern of repression and intimidation and are understandably terrified about speaking their mind. Ming Yu Hah

“For every prisoner of conscience behind bars, there are countless people in Viet Nam who see this pattern of repression and intimidation and are understandably terrified about speaking their minds,” said Ming Yu Hah.

Amnesty International has documented dozens of incidents in recent years in which human rights defenders have received messages meant to harass and intimidate, including death threats. The systematic and organized nature of these harassment campaigns consistently bear the hallmarks of state-sponsored cyber-troops such as Du Luan Vien or “public opinion shapers” – people recruited and managed by the Communist Party of Viet Nam (CPV)’s Department of Propaganda to engage in psychological warfare online.

The activities of Du Luan Vien are complemented by those of “Force 47”, a cyberspace military battalion made up of some 10,000 state security forces whose function is to “fight against wrong views and distorted information on the internet”.

While “Force 47” and groups such as Du Luan Vien operate opaquely, they are known to engage in mass reporting campaigns targeting human rights –related content, often leading to their removal and account suspensions by Facebook and YouTube.

Additionally, Amnesty International’s investigation documented multiple cases of bloggers and social media users being physically attacked because of their posts by the police or plainclothes assailants, who operate with the apparent acquiescence of state authorities and with virtually no accountability for such crimes.

Putting an end to complicity

The Vietnamese authorities must stop stifling freedom of expression online. Amnesty International is calling for all prisoners of conscience in Viet Nam to be released immediately and unconditionally and for the amendment of repressive laws that muzzle freedom of expression.

Companies – including Facebook and Google – have a responsibility to respect all human rights wherever they operate. They should respect the right to freedom of expression in their content moderation decisions globally, regardless of local laws that muzzle freedom of expression. Tech giants should also overhaul their content moderation policies to ensure their decisions align with international human rights standards.

In October 2020, Facebook launched a global Oversight Board – presented as the company’s independent “Supreme Court” and its solution to the human rights challenges presented by content moderation. Amnesty International’s report reveals, however, that the Board’s bylaws will prevent it from reviewing the company’s censorship actions pursuant to local law in countries like Vet Nam.

“It’s increasingly obvious that the Oversight Board is incapable of solving Facebook’s human rights problems. Facebook should expand the scope of the Oversight Board to include content moderation decisions pursuant to local law; if not, the Board – and Facebook – will have again failed Facebook users,” said Ming Yu Hah.

“Far from the public relations fanfare, countless people who dare to speak their minds in Viet Nam are being silenced. The precedent set by this complicity is a grave blow to freedom of expression around the world.” 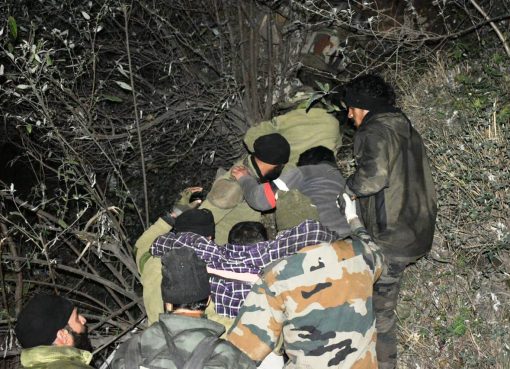