Civil servants who refused to take an oath of allegiance to the Hong Kong government are announced to be fired and their contract to be cancled, announced by authorities.

Secretary for the Civil Service Patrick Nip told lawmakers that 129 out of 170,000 civil servants haven’t signed a written declaration of loyalty, with some writing on the form that the requirement infringed their right to free speech.

Nip’s civil service bureau said 25 civil servants had resigned, and the rest have been suspended or put on unpaid leave.

“Because as a permanent resident or as a civil servant of the Hong Kong SAR, it’s the basic responsibility to bear allegiance to Hong Kong and the administration,” he said.

“We will be fast-tracking the procedures. This will be over and done with within a couple of months, I am sure,” Nip told the Legislative Council (LegCo).

The requirement to pledge loyalty to the government comes amid a citywide crackdown on peaceful dissent and political opposition since a draconian national security law was imposed on Hong Kong by the CCP from July 1, 2020.

In January, Hong Kong government broadcaster RTHK terminated the permanent civil service contract and benefits of a journalist known for her hard-hitting questions of government officials, the staff union said.

Management had offered TV current affairs anchor Nabela Qoser a choice between resigning and taking a short-term contract, in a move that was widely condemned as political interference in the media.

Qoser’s contract was terminated after she fired a series of hard-hitting questions at chief executive Carrie Lam about a July 31 attack by armed thugs on train passengers in Yuen Long, prompting Lam and other top officials to walk out of a news conference.
Protest slogans

Lawyers for detained opposition politician Tam Tak-chi on Monday applied for proceedings against him to be halted, taking aim at the legal basis for his detention on suspicion of “sedition” for shouting protest slogans.

Tam, who is vice chairman of the opposition party People Power, could be tried for sedition in the District Court, with no jury following a ruling earlier this month.

His defense attorney Philip Dykes argued that the colonial-era sedition law is incompatible with the city’s mini-constitution, the Basic Law, which guarantees freedom of expression.

“The definitions of seditious intention … are so general or vague that [the law] fails to inform what’s safe to say or publish,” Dykes told the District Court. Judge Stanley Chan adjourned the hearing and reserved his ruling until April 26.

Tam appeared relaxed in court, and made a victory “V” gesture to the public gallery.

Chan reprimanded Tam’s supporters in the public gallery after they made a splayed, five-finger gesture referring to the five demands of the 2019 protest movement, which included fully democratic elections.

“Maybe this defendant is very popular in the eyes of the public, but the court would like to remind the public that they are in a courtroom,” Chan said. “In criminal cases, the court should be respected as a place that represents the independence of the judiciary. It is not a place for people to play or dance around.”

Tam was arrested in September 2020 for using the protest slogans “Free Hong Kong, Revolution Now!” and “Five demands, not one less!” while giving speeches on the streets of Kowloon between March and July.

Tam is also accused of shouting: “Dirty cops, hope your family members all die!” and of making complaints relating to police inaction during a July 21, 2019 mob attack on train passengers in Yuen Long, and to riot police attacks on passengers in Prince Edward MTR station on Aug. 31, 2019.
Takeover ‘just for show’

Meanwhile, the chairman of Hong Kong-based Chinese-language broadcaster Phoenix Media Investment, Liu Changle, announced he would sell almost all of his stake in the company to the CCP-backed Bauhinia Culture Holdings and to Common Sense, which is owned by Pansy Ho’s Shun Tak empire.

“The board does not expect the proposed [shares transfers] will have any negative impact on the business operations of the company,” Phoenix said in a document filed to the Hong Kong Stock Exchange on Sunday.

A journalist based in the northern province of Hebei who gave only a surname, Song, said the transfer of Liu’s stake showed Beijing taking over more obvious control of a broadcaster that was founded by a former People’s Liberation Army (PLA) radio reporter.

“Bauhinia Culture is a state-owned asset,” Song said. “For it to take back control of Phoenix TV is just for show.”

“I think we will see a further trend towards central [government] control of all of Hong Kong’s media organizations,” he said.
“This could mean that they centralize all privately-owned media, including publishing houses, and place them under the same management as they would have in mainland China, or maybe even more strictly controlled.” 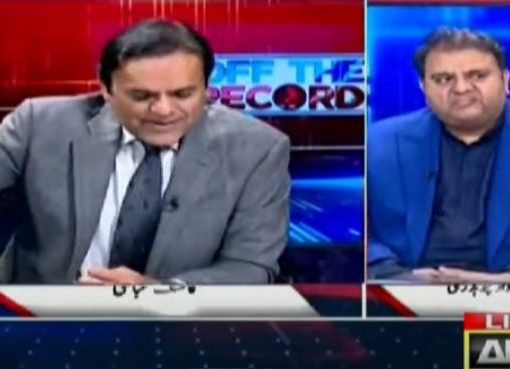