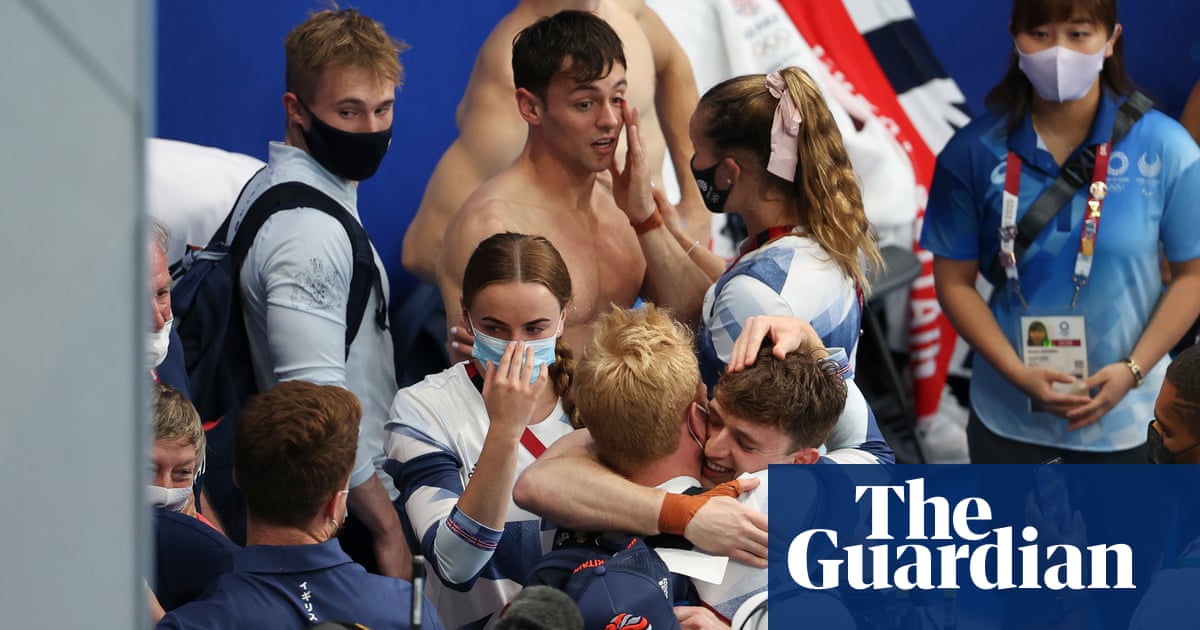 When, still damp from the pool after winning his long-awaited gold medal, British diver Tom Daley declared his pride at being a gay man and also an Olympic champion, there were tears and full hearts across the nation.

And while there was little shock – Daley has been a vocal advocate of LGBTQ+ rights for years – there was a joy and ease to his pronouncement that was new. With more publicly out athletes in these Olympics than in all other Games combined, Tokyo 2020 is being hailed as the Rainbow Olympics, with LGBTQ+ rights campaigners hoping its message of positive inclusivity can have a lasting, global impact.

There are at least 172 LGBTQ+ and out athletes competing in Tokyo, more than three times as many as Rio 2016, according to Outsports.com, which celebrates the achievements of LGBTQ+ sportspeople.

The Outsports co-founder Cyd Zeigler says the site is being contacted by LGBTQ+ athletes in the Olympic village asking to be added to the list, a dramatic shift from five years ago when the opposite was more likely to happen.

“That really reflects the pride that these athletes take in being LGBTQ. It’s not something that they want to hide any more, they want to be recognised as part of the community,” he says. “It’s clear that these really are the Rainbow Games.”

At Rio 2016, the Team GB hockey captain, Kate Richardson-Walsh, and her wife and teammate, Helen, made no secret of their relationship, having been together for years. But if the pair were competing now, they would have been even more frank and open, she says.

“When I heard – I’m going to get emotional here – when I heard Tom Daley talk in the press conference about being a proud gay man, and an Olympic gold medalist, I just thought: yes, absolutely yes. What a strong, powerful statement to make,” she says. “We certainly didn’t hide away or keep things to ourselves. But I just wonder if perhaps now we would have been talking about it in a much more frank way.”

The couple received “some negative stuff”, she says, but emails from fans saying they had helped them be open about their sexuality “made it all worth it”. Richardson-Walsh downplays the negatives, saying she and Helen are perhaps seen as a “palatable lesbian couple”, but it emerges that they included abuse on social media and scriptures condemning their life together sent via GB Hockey to their home.

On one occasion, a taxi driver, not recognising Richardson-Walsh, asked did she not think it was wrong that the Team GB women’s hockey captain was in a relationship with one of her teammates. “I was thinking, this is actually me he’s talking about and I’m in the back of his taxi and I don’t know if I feel safe enough to confront this,” she says. “Now I feel like I would be in a much better position to, in a non-aggressive way, challenge that.”

What Richardson-Walsh wants to see now is the transferral of acceptance from elite sportspeople to those still suffering discrimination and facing hate crimes being committed against them in everyday life.

“People have to deal with much worse [than us],” she says. “There are still so many people in our community who are ostracised, discriminated against and abused. It’s really important that we celebrate where we’ve got to, but, at the same time, let’s not leave parts of our community behind.”

Daley’s joyful statement in this Games is by no means the only LGBTQ+ positive message or success coming out of Tokyo. By Thursday Outsports reckoned that Team LGBTQ+ was ranked 12th overall in the medal table.

Stefanie Dolson is on Outsports list of winners after winning a gold with the US in the 3×3 basketball; and Team GB’s Carl Hester won a bronze in the dressage.

Women outnumber men on the list of out gay athletes by about an 8-1 margin, with women’s football alone accounting for more than 40 out players. Other gay male competitors include the New Zealand diver Anton Down-Jenkins, the equestrians Edward Gal and Hans Peter Minderhoud from the Netherlands and the US cox Julian Venonsky.

In the opening ceremony, the US basketball star Sue Bird, engaged to footballing legend Megan Rapinoe, beamed as she bore the US flag. On Wednesday, after taking silver in the 1500m freestyle swimming, her compatriot Erica Sullivan told the Washington Post: “I’m multicultural. I’m queer. I’m a lot of minorities. That’s what America is.”

The footballer Quinn, who came out as non-binary trans in 2020, is playing for Canada in the Olympics, while the non-binary American skateboarder Alana Smith said their goal going into the Olympics was to be “a visual representation for humans like me”. Amid considerable controversy, the weightlifter Laurel Hubbard, who is transgender, is due to compete for New Zealand at the Games next week, and was this week praised by the International Olympics Committee.

Tokyo 2020 has also underlined the near-unique opportunity the Olympics provides for haphazard, unscripted cultural exchange. Speaking after his victory, Daley spoke to a Chinese journalist about his son and husband, sitting between athletes from Russia and China, both countries where same-sex marriage is illegal.

Ziegler recalls a gay footballer telling him about speaking to the curious Iranian football team about his sexuality, because in their country homosexuality was illegal and punishable by death. “That is the power of these Games,” he says. “Athletes from all around the world are exposed to one another, and different cultures are exposed to different kinds of people … Athletes take that experience back into places like Iran, China and Russia and I think it’s incredibly important.”

While Daley’s post-swim interview was devoured by an overwhelmingly supportive public, other athletes risk their lives to be publicly out at the Olympics.

After the Polish rower Katarzyna Zillmann won silver in the quadruple sculls she thanked her girlfriend, explaining that she wanted to use her platform to help the LGBTQ+ community in Poland where there has been a rising wave of homophobia.

Helping other young people struggling with their sexuality was enough “to completely forget about thousands of hate comments and disgusted faces”, she said. The Tongan swimmer Amini Fonua is openly gay and a national hero in a country were homosexuality is illegal, punishable by up to 10 years in prison.

“As much as I love to celebrate the progress, we still have a way to go,” says Liz Ward, the director of programmes at Stonewall, pointing to a rise in hate crime against the LGBTQ+ community. “Tokyo has been like no other Olympics I’ve ever known and it’s so exciting, but I’m sure that in some sports there are still athletes that are unable to be their true selves and celebrate this.”

Nicola Adams, who made history first as boxing’s first female gold medal winner at the London 2012 Olympics and then as the first Strictly Come Dancing contestant to dance in a same-sex partnership, says that these Games have represented the LGBTQ+ community like never before.

“That’s a win in itself,” she says. “These athletes have not only had the courage to compete for their countries but to also come out and share their personal stories – it’s incredibly heroic of them and a great turning point.” 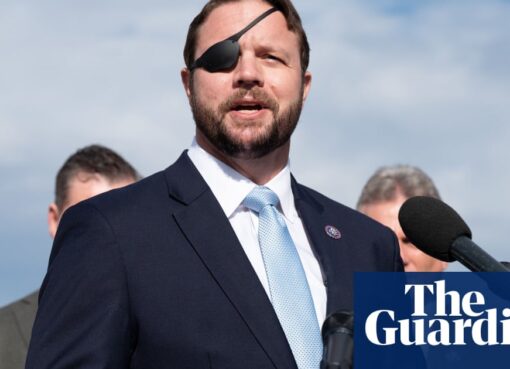 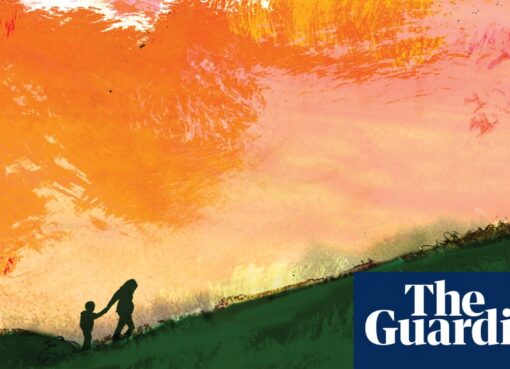 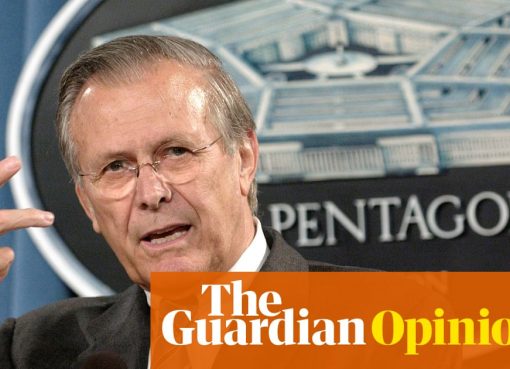