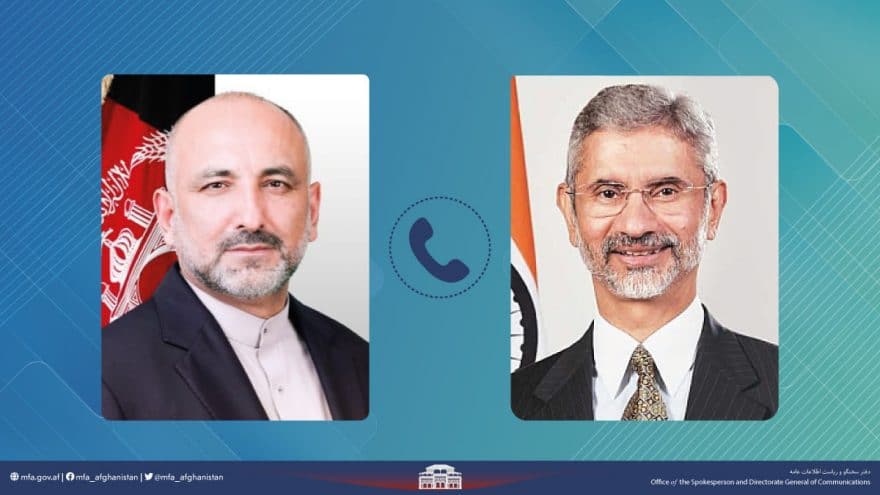 Muhammad Hanif Atmar asked Jishanker to arrange a special gathering of the UNSC on Afghanistan.

The Afghan Foreign minister and Jishanker talked about the escalation of violence in Afghanistan and the violation of human rights by the Taliban and other terror groups.

A statement released by the Afghan Ministry of Foreign Affairs reads Hanif Atamar accused the Taliban of the increasing offensive which has left thousands of people displaced and has killed civilians.

The statement further cited Hanif Atamr that the Taliban along with foreign fighters commit war crimes, violate international law, and will cause a disaster if not prevented.

Indian Foreign Minister Jishanker meanwhile expressed concern over the recent escalation in violence, insecurity, and blatant violation of human rights by the Taliban and other terror groups in Afghanistan.

Jishanker assured his Afghan counterpart of consultation over a special gathering of UNSC on Afghanistan which he deemed to be paramount for an urgent end to the violation of human rights and establishing durable peace in Afghanistan and in the region.

India as a non-permanent member of the UNSC assumed the presidency of the council which is its first during the two-year tenure started earlier this year. 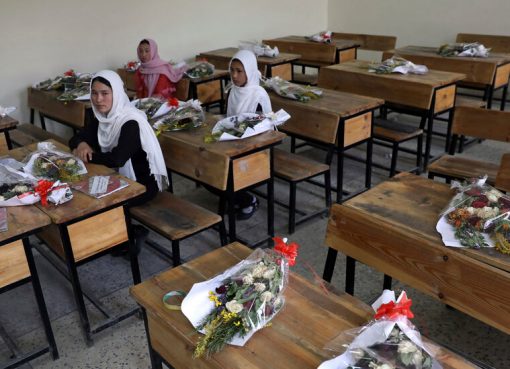 How’s those #humanrights working out for you @ScottMorrisonMP ?
Does the @UN know about the abuses being perpetrated against the Australian ppl by their own governments & police forces?
@IHumanRightsC

Australian Dystopian Government Message That Everyone Has To See https://rumble.com/vmy13x-australian-dystopian-government-message-that-everyone-has-to-see.html