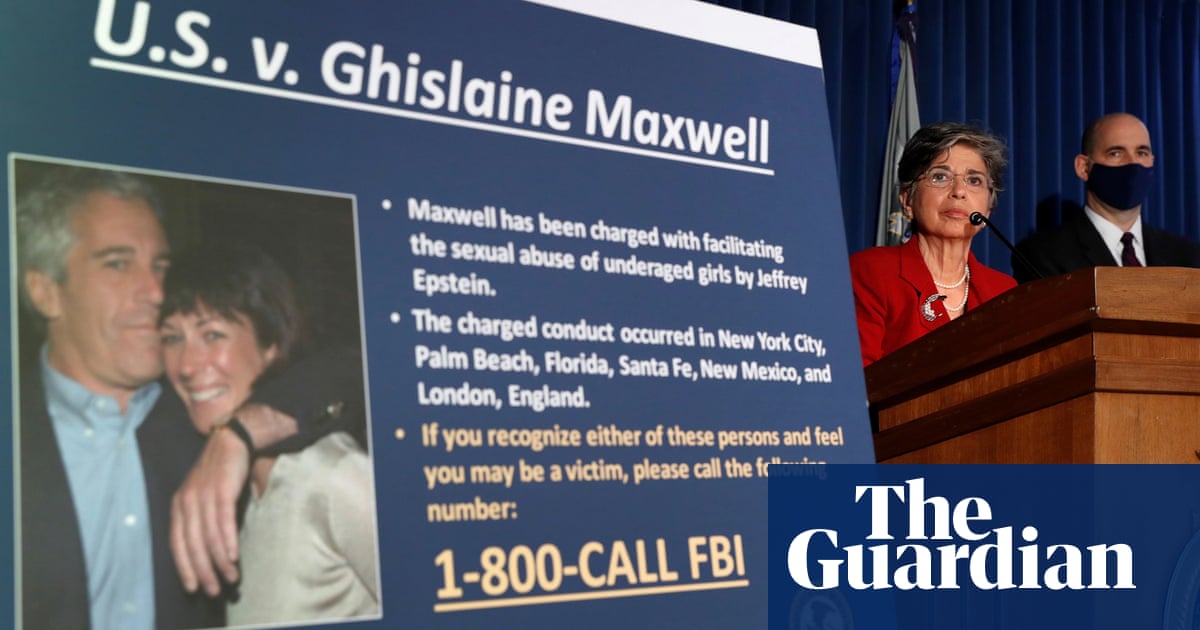 Show caption Charges are announced against Ghislaine Maxwell last year. Photograph: Lucas Jackson/Reuters Jeffrey Epstein ‘A story of power’: podcast on Epstein and Maxwell to draw on hours of interviews Vicky Ward’s 13-part series will focus on a manipulative con artist and the men involved with him Edward Helmore Sun 11 Jul 2021 10.00 BST Share on Facebook

The disgraced financier Jeffrey Epstein has been dead almost two years and his consort Ghislaine Maxwell is firmly behind bars awaiting trial, but the world’s obsession with the pair of accused high society sex traffickers who allegedly preyed on young girls continues unabated.

The latest addition to the canon of lore on Epstein, Maxwell and rich and powerful social circles they moved in comes from the veteran British journalist Vicky Ward, who is launching a 13-part podcast based on hours of unpublished interviews with Epstein.

Ward’s podcast revisits transcripts and sources that formed her 2003 Vanity Fair story, The Talented Mr Epstein, and will probably raise many new questions – though perhaps answer fewer – centering on the international reach of the epic scandal of Epstein and his former girlfriend Maxwell, whose trial begins later this year on co-conspirator charges.

It will add to the already extensive Epstein-related scandal industry and inflate a criminal mystique that has enveloped Epstein and Maxwell and sometimes seems to come within striking distance of QAnon conspiracy theories.

The podcast, Chasing Ghislaine, created by Ward and executive-produced by James Patterson, also comes as a fund set up to resolve sexual abuse claims against Epstein and his estate has paid out a total of $67m to settle some of the 175 claims received before submissions closed in March this year.

Ward has been at this game for a long time. While working on the original Vanity Fair story on Epstein, she described being exposed to threats, including a severed cat’s head and a bullet found on the grounds of the magazine’s editor’s home.

Her new series, she says, is focused on Epstein and the men involved with him. The more than 450 pages of transcripts of interviews – re-enacted, as the original tapes were lost – revealed conversations between Epstein and herself, Ward says, that are akin to those of Hannibal Lecter and Clarice Starling in Silence of the Lambs.

“You’ll hear how brilliant a manipulator he was, and how he was able to get me on the back foot. Epstein crossed boundaries most people don’t cross, discussing my vaginal canal, for instance, and put a curse on my unborn children,” she said.

It’s telling that power doesn’t necessarily come through Congress or boardrooms, but through small, private gatherings

“It’s a story of how Epstein, remarkably, was able to get to the top of the male power structure. The fact that he can, two years after his death, tarnish the reputations of people like Bill Gates speaks to the reach he had. It’s telling that power doesn’t necessarily come through Congress or boardrooms, but through small, private gatherings,” she added.

Epstein, Ward says, was a master of providing powerful men with what they wanted. The Epstein story reveals the nature of how power works. “He was brilliant at figuring out everybody’s vulnerabilities,” she said.

Ward describes a tier structure of the women in Epstein’s orbit, with Maxwell, absent in her original magazine story, at the top, and then a descending order of society women, eastern European models – who also have been largely left out of the tale – and then arrangements of often underage girls, whom the government charges were trafficked by Maxwell.

“What is remarkable, re-reading the transcripts, was his staggering, untempered misogyny. But I could also see where he had completely lied. Some of the lies were so bizarre, they clearly told me something. So I went out and tried to re-report the entire thing,” she said.

Among the wild stories Epstein told Ward during the interviews was that he was a hyper-fixer for the intelligence community, involved in influence campaigns; the Clinton justice department; and the arms, diamonds and drugs smuggling trades; and that he worked with African dictators, Vladimir Putin, Mohammed bin Salman and Mohammed bin Zayed Al Nahyan, and the Israelis.

Ward says she spoke to ex-members of the Mossad, intelligence experts and former friends to ask if they believe any of this is true. The answer, Ward says, is that some do and some don’t. “As with all the lies sociopaths tell, there are breadcrumbs of truth. Ultimately, it’s going to be up to the listener to decide,” she said.

But where the Epstein story drifts in the worlds of ultra-conspiratorial QAnon territory is hard to mark, Ward concedes. “If you’re looking for wrapped-in-a-bow, easy answers, you’re not going to find them. But you can begin to understand how he was able to manipulate people,” she said.

Still, if the Epstein scandal was as simple as his cover story of a tax adviser running a 77th St party house in upper Manhattan for wealthy, connected men, it could hardly have claimed the reputations of people like Leon Black, Les Wexner, Glenn Dubin and Joi Ito – all stepping down from their posts, Ward says.

“You wouldn’t have Ehud Barak issuing hot denials and Bill Clinton basically silenced, or the breakup of Bill Gates and his wife, Melinda, and Ghislaine Maxwell sitting in jail. Epstein’s genius was getting people to trust him and then buying their silence. He called it playing the box. That’s not your average banker, and he often bragged about how much dirt he had on people,” she said.

But the legal traffic in the Epstein-Maxwell affair is not entirely a one-way street.

Last month, the former British socialite won a court victory when a judge ordered one of her accusers to pay her $13.70 to cover litigation expenses. That came before a third documents dump, anticipated to come next week, that arises from defamation suit brought against Maxwell by one of her accusers, Virginia Roberts Guiffre.

Although that case ended in 2015, the testimony, given under oath, is essentially unadjudicated. Maxwell’s attorneys have argued that unsealing additional documents from the case would jeopardize her right to a fair trial because it would sensationalize the information and taint the jury pool.

Separately, Maxwell’s lawyers have also argued that the overturning of Bill Cosby’s 2018 sexual assault conviction justifies throwing out sex trafficking and other charges against her because Epstein too had struck a controversial deal with prosecutors in Florida – that included protecting Maxwell from prosecution.

Amid this, Ward says, the podcast shows that Epstein was, at root, a con artist.

“What gets lost amid the horrific sexual crime allegations is that he was the most brilliant con-artist of all time. He was an international thief, and a thief for much longer than police allege he was a sexual predator, with an amazing three-prong strategy of charm, control, con,” she said.

“He told me in 2002 that the thing about rich people is when they have money stolen, they don’t want to go to the authorities. They just want it back. The number of people and institutions and people he fleeced is more than anyone knows.” 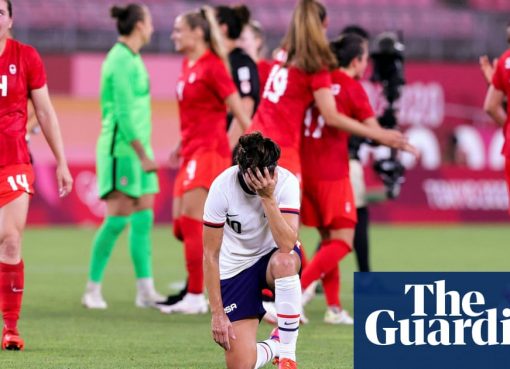 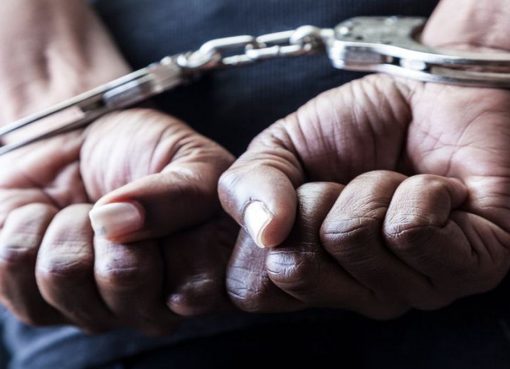