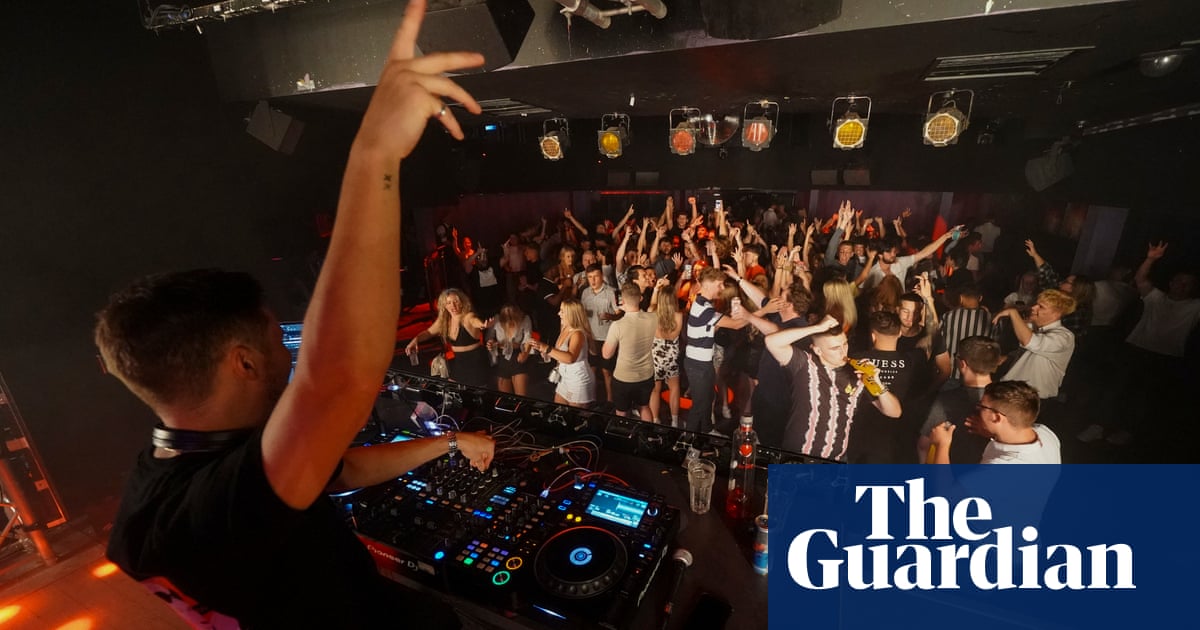 Top story: ‘Don’t miss out, get your shot’

Hello, Warren Murray putting the best information we have at your disposal.

Unvaccinated young people are being warned they will “miss out” on access to nightclubs. The government is targeting the roughly 33% of adults under the age of 30 who have still not had their first Covid jab. London venues including Ministry of Sound are urging people to get inoculated so they can all “keep dancing together safely”. A pop-up vaccine centre will be set up at Heaven nightclub this Sunday, as adverts echoing the messages “Don’t miss out” and “Get your shot” are rolled out across social media and radio stations.

The number of new cases rose above 30,2150 on Wednesday as the effects of unlocking began to be felt. A further 86 Covid-related deaths were recorded. It comes as pressure grows on the government to publish the rationale behind the latest update to the traffic light system for internatinal travel. Ben Bradshaw, a Labour MP on the Commons transport committee, said the decisions were an “absolute scandal” and had “nothing to do with public health and everything to do with politics”. The Labour MP Yasmin Qureshi hit out at the decision to upgrade places such as India to amber while leaving Pakistan on the red list. The Office for Statistics Regulation recently rebuked Whitehall for “not making the data and sources clear”. We’ve got further Covid developments covered at our live blog.

Rush to be the doctor – The government has been forced to fund hundreds of extra places on medical and dental courses at universities in England, as grade inflation unleashed by cancelling exams has meant unexpectedly high numbers of students qualified. Higher education sources said only 250 additional places would be created, which would not be enough. In 2019 there were 8,340 places taken and the government had already announced an extra 450 for this year. The Department for Education said up to 9,000 places could be made available in total, depending on universities’ capacity to expand. High levels of acceptances are also being seen on courses such as nursing, with one vice-chancellor warning that students at her university would be asked to delay matriculation until next year to ease demand.

Sharma’s carbon tab – Alok Sharma, the government minister responsible for this year’s UN climate change conference in Glasgow, has flown to 30 countries in the past seven months, according to the Daily Mail – mostly during the winter and spring months at the start of the year when international travel from Britain was largely banned. The Green party peer Jenny Jones criticised the former business minster, saying: “I do understand it’s very good to meet people in person, but this is excessive. When you’re in charge of Cop26, to take this many flights is hypocritical.” The aviation industry produced 915m tonnes of CO2 in 2019, equivalent to 2% of all human-made CO2 emissions. The government has responded that “face to face meetings are key to success in the climate negotiations”.

NGOs blocked in Tigray – The Ethiopian government has suspended the work of two international aid organisations for three months in conflict-hit Tigray, accusing them of spreading misinformation. Médecins Sans Frontières (MSF) and the Norwegian Refugee Council (NRC) confirmed the ban and said they were in talks with the government about resuming their work. Speaking at the end of a trip to Ethiopia this week, the UN’s aid chief, Martin Griffiths, said the humanitarian situation in Tigray was disastrous and rejected claims that aid groups were biased towards Tigrayan political factions. NRC said it had helped 585,000 people across six regions of the country in 2020, while MSF said its healthcare teams provided 220,000 consultations last year. Ethiopian forces launched an offensive on Tigray in November, initially pushing out the local ruling party, the TPLF, which has since retaken most of Tigray.

Heart researchers short of women – Too few women are being recruited for cardiovascular research, even though more women die of heart disease than men, a new study shows. It found women accounted for roughly 38% of total participants in trials. Women appeared to perceive a higher risk of harm from participation versus men, and also cited transport limitations as a reason for declining trial participation. One of the study’s authors, Dr Jeske van Diemen, of Amsterdam University Medical Centre, said changing this “is not as easy as it sounds … women more often have barriers which make it difficult to attend follow-up appointments, such as not holding a driving licence or caring for grandchildren”. Researchers say more women are needed because of the differences in their physiology compared with men.

Today in Focus podcast: Did the riots teach us anything?

This week marks a decade since the riots that swept across England in August 2011. But has enough changed to prevent similar unrest happening again?

Lunchtime read: Rescue our Afghan ‘terps’ and we rescue ourselves

“The plight of hundreds of Afghan interpreters who have served alongside British forces over the past 20 years is becoming increasingly desperate,” writes Clive Lewis, the Labour MP and former British soldier in Afghanistan. “They are hunted by a resurgent Taliban. They are executed for ‘collaboration’.

Facebook Twitter Former interpreters for the US and Nato forces during a demonstration in Kabul at the start of the formal US troop withdrawal in May 2021. Photograph: Wakil Kohsar/AFP/Getty Images

“They were our ’terps. They patrolled with us, ate with us, sweated with us. When we faced the risks of improvised explosive devices and ambushes, the ’terps faced them too, at our side. Our national failure to acknowledge our obligation to these men and their families is a moral catastrophe. In putting things right, we might begin to rescue not only them but also ourselves.”

Great Britain’s women hockey players have won the bronze medal after a thrilling 4-3 win over India overnight. They were cruising at 2-0 up but went behind 2-3 before rallying again to win a deserved victory. It began another busy day for Team GB medal prospects, with boxer Lauren Price guaranteed at least a bronze in her semi-final, Tom Daley starting his hunt for an individual gold in the diving pool, and Jack Carlin and the Katie Archibald/Laura Kenny pairing going for gold in the velodrome. When that’s done, there’s a mouth-watering night of athletics ahead including Jodie Williams in the 400m, Laura Muir in the 1,500m and Dina Asher-Smith looking for redemption in the 4x100m relay. Two Belarus coaches allegedly involved in attempting to force sprinter Krystsina Tsimanouskaya to return home have had their accreditation rescinded and been asked to leave the Olympic village.

England have given themselves some hope in the first Test against India with a stirring fightback on day two led by James Anderson. The evergreen paceman claimed the prized scalp of Virat Kohli to reduce the visitors to 124-4 and draw level with Anil Kumble as the third-highest wicket-taker in Test history. With Jofra Archer out injured for the rest of the season and the Ashes, Ollie Robinson’s performance gave some encouragement for English fast bowling post-Anderson/Broad. UK-based British Lions players will not be allowed to fly straight home after tomorrow’s deciding Test in South Africa after the government refused to exempt them from quarantine rules.

Jack Grealish said his £100m move to Manchester City was a “dream come true”, but the England favourite will have to adapt his game to Pep Guardiola’s system. Ange Postecoglou saw his Celtic team win for the first time after they overcame Czech side Jablonec 4-2 in the first leg of their Europa League qualifying tie. Nine-time MotoGP champion Valentino Rossi will retire at the end of this season.

Asian shares have failed to catch a firm lead today from a bumper Wall Street session earlier. Tokyo was up only slightly, Shanghai and Hong Kong down along with the Kospi in Seoul, the ASX-S&P 200 in Sydney was little-changed, New Zealand declined while Singapore and Indonesia advanced. The FTSE is a few points down at time of writing while $1.391 and €1.177 are the key exchange rates for the pound.

Our Guardian print edition leads today with “Extra cash for medical schools as grades surge” while picture honours go to Holly Bradshaw, Britain’s first ever pole vault gold medalist. Along the bottom we have “Experts see scary signs of Gulf Stream collapse”. The Atlantic meridional overturning circulation (AMOC) is already at its slowest in at least 1,600 years, but new analysis shows it may be nearing a shutdown. This would severely disrupt rains in India, South America and West Africa; increase storms and lower temperatures in Europe; and push up the sea level in eastern North America.

The Telegraph has “Universities set entrance exams amid A-level chaos”, citing “fears the ‘pass-all’ culture will become the norm”. The i splashes on “Vaccine buses and influencers to help teens take up jabs”, about which the Times says “Get jabs or miss the fun”. “Hokey cokey travel chaos” – the Metro vents the frustrations of “Brits left in limbo by latest traffic light changes”. The Daily Mail breaks the story of Alok Sharma, the Cop26 minister, doing so much flying around. “Johnson is the pits” – the Mirror deplores Boris Johnson for laughing about Margaret Thatcher’s mine closures.

The Express has “Bitter blow! Savers facing more years of misery” as the Bank of England keeps interest rates at 0.1% while warning of inflation hitting a 10-year high. The Financial Times says “BoE signals ‘modest tightening’ in hawkish shift over inflation” – saying the monetary policy committee thinks conditions do allow for it to at least start discussing rate rises. “I’ll take a bullet for Geronimo” – that’s the Sun about an owner who doesn’t want her alpaca destroyed after it tested positive for TB. 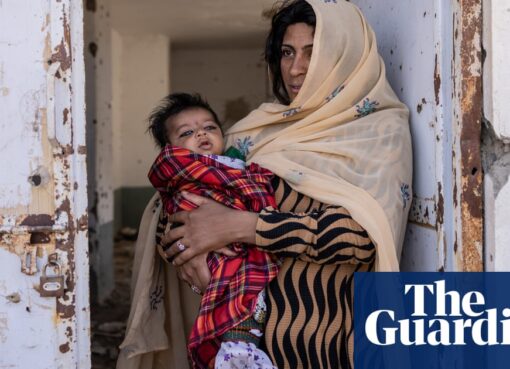 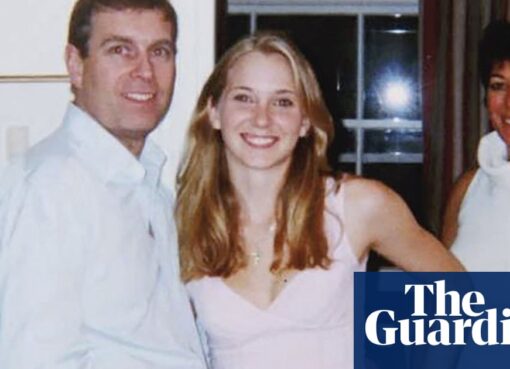 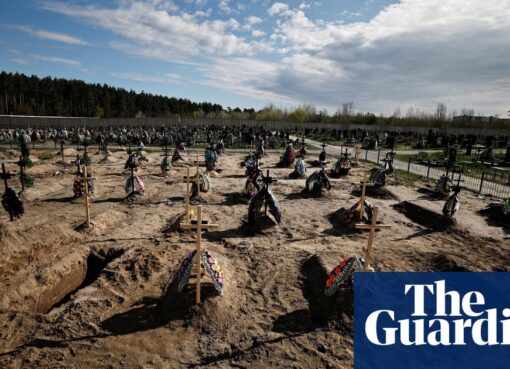