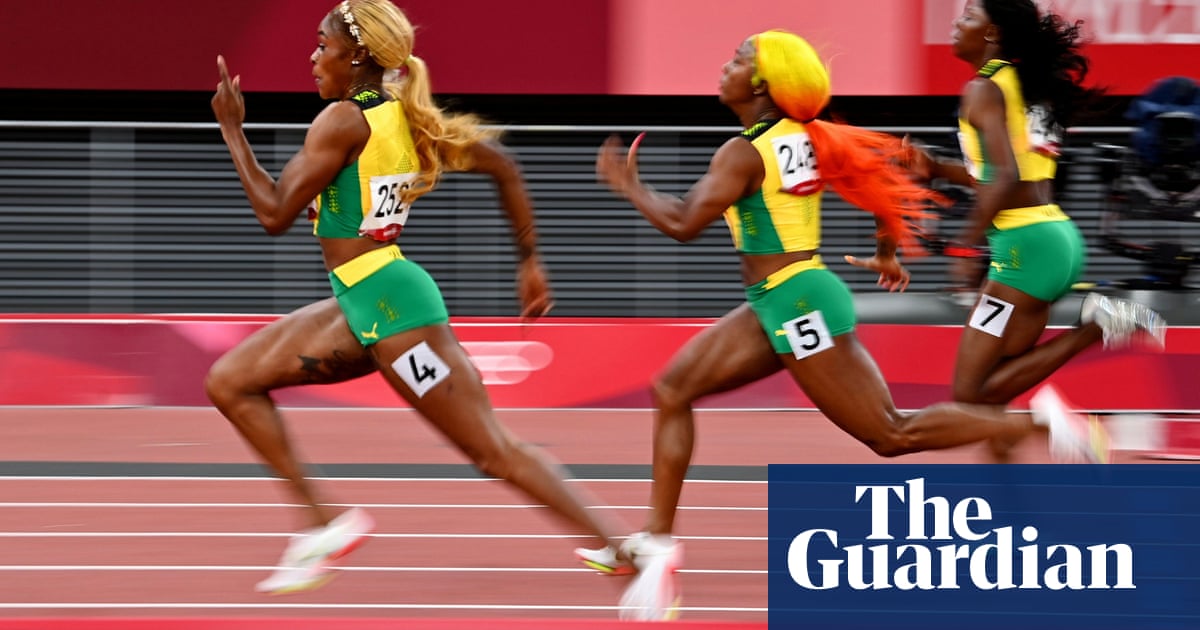 Show caption The women’s 100m final was a brilliant spectacle but you might have had to wait to watch it. Photograph: Dylan Martinez/Reuters Tokyo Olympic Games 2020 NBC paid $7.75bn for its Olympic rights … and we got televisual vomit US viewers have been able to see everything at any given moment while understanding fundamentally nothing about what’s going on Aaron Timms Mon 2 Aug 2021 10.00 BST Share on Facebook

If there’s one message the Olympics unfailingly conveys, it’s that elite competition is all about making the right choices. At a certain point every athlete needs to make the decision not to do certain things: the fencer lunging for the head rather than the body, the trampolinist starting their routine on the third jump instead of the fourth, the whitewater slalom all-rounder choosing to focus, early in their career, on the kayak over the canoe.

In 2014 NBC paid $7.75bn for the rights to broadcast the Olympics in the US until 2032. For these Olympics, faced with an inhospitable timezone for US viewers, the host broadcaster has taken the competing athletes’ message of elite discipline in the heat of battle, thrown it out the window, and instead tried to show a bit of everything to every viewer on every available platform all at once. Fitting perhaps for a tournament held in 2021 but still stuck with the previous year’s label, a frazzled atmosphere has suffused American coverage of Tokyo 2020.

From NBC proper to NBCSN, the USA channel, the Olympics channel, and the Golf channel, there has been no shortage of options for Olympics viewing on basic cable. But instead of sticking with single events throughout primetime – introducing them, highlighting the stakes and the protagonists, getting the viewer comfortable with the quirks of competition – NBC has deployed this vast arsenal of broadcast resources to spray America’s households with a kind of inescapable Olympic televisual vomit.

Viewers have been able to see everything at any given moment (provided you have the Peacock streaming service) while understanding fundamentally nothing about what’s going on. NBC has never met a night of swimming finals that didn’t need to be spliced up with bizarre human interest segments on Caeleb Dressel’s first ride through the Florida wetlands on an airboat, or a routine on the double bars that couldn’t be improved by a quick jump to an ad break and some random highlights of Denmark and Indonesia in the badminton. We all want to know who the athletes are, of course, if only at a superficial level; and since the whole Olympics is so overwhelming, with so much going on at once, some measure of discombobulation from the host broadcaster is always understandable. But when we switch on the Olympics, I think it’s fair to say that most of us want to witness elite athletes perform spectacular feats with their bodies, not hear a series of driving stories about how they handle their daily commute.

NBC’s programming choices have been consistently bizarre, even more so when you consider that whole chunks of the schedule in Tokyo – for swimming above all, but also in the athletics – were specifically rejigged to cater to the American TV audience, and at several points it’s been unclear to all but the most obsessive Olympics watchers whether what’s on TV at night in the US is live or a replay. On Sunday morning, the women’s triple-jump world record had just been broken, a thrilling men’s high jump had ended in shared gold and the starting gun for the men’s 100m – the biggest race at the Olympics – had just been fired. NBC was showing a replay of the equestrian eventing final. The point, of course, is to funnel viewers to watch the repeat in primetime. Which may have worked at Tokyo 1964 when you could avoid the result for 12 hours. But which viewer with even a passing interest in sport for Tokyo 2020 won’t already have seen the result on the internet or used a VPN to watch it on the BBC or CBC?

Compounding all this has been the on-air hosts’ grating promotion of NBC’s sponsoring brands. No matter how many times we see a victorious out-of-breath swimmer as they gamely play along with an invitation to connect via Microsoft Teams with their celebrating family back home, there’s a slim chance any of us will be abandoning Zoom once these Olympics are over.

Sweating out on the NBC roof deck, jacket inexplicably on and forehead glistening under the punishing Tokyo summer sun, Mike Tirico has valiantly tried to bring order. Tirico is likeable, but watching him strut his low-key stuff in Tokyo – especially during those segments filmed from the indoor studio, a pointless little coffee table with nothing on it and two armchairs on either side – it sometimes feels that we’ve been called into a meeting with HR in the break room at a middling law firm.

Adding to the dissociative nature of proceedings – chaos in the live broadcasts, sleepy times in the studio – Steve Kornacki has been wheeled out to offer a spritz of data-driven rigor. The ostensible purpose of Kornacki in Tokyo has been to stand at “the big board” holding a piece of rolled up paper, circle numbers with his index finger, and deliver lines like “Keep an eye on Erriyon Knighton in the 200 meters” with the gravitas commensurate to the fresh reception of a big batch of 2am mail-in votes from Maricopa county. In practice his real job has been to laugh at jokes about how many pairs of khakis he brought with him to Tokyo, which by my admittedly anecdotal calculation have arrived at the rate of roughly one for every five minutes Kornacki has spent on air – a feat of Olympic endurance in its own right.

These Olympics are not only about primetime or what’s happening on the idiot box itself, however; with Peacock, NBC has used Tokyo as the occasion to unlock new and more interesting ways to aggravate its viewers. Whereas primetime NBC has consistently been chaotic and annoying, Peacock has managed the impressive feat of being consistently chaotic, annoying … and 15 minutes behind the live action on NBC. From Tokyo Live (two men in tight shirts shouting on a couch) to Tokyo Gold (some guy standing under a staircase) and Tokyo Tonight (two hosts who clearly hate each other), Peacock has put in the hard yards to secure a roster of talent with no visible on-air charisma for each of the shows occupying key time slots.

If there has been one saving grace for NBC at these Games, it’s the commentary. Yes, a lot of it has been bad, especially for those less popular sports assigned to play-by-play journeymen.

But in those sports for which NBC could be bothered to enlist real experts, the play-by-play calls have often been genuinely illuminating, at times even exhilarating. Yes, there have been examples of meatheads getting a basic fact about the geography of Africa wrong or mispronouncing the name of a Chinese athlete (a particularly virulent problem; gold medal quadruple sculls rower Cui Xiaotong, for example, was rendered as “Koo-ey Jow-tahng”). But there have also been educational discussions of horizontal displacement in the trampoline final, commentators’ dramatic inhalations at each gymnastics stumble, and Rowdy Gaines’s unbridled enthusiasm for a belting final 50m in the swimming (Gaines on Dressel: “Look at that dolphin kick! Look at that head! Look at how STILL his head is! HE DOESN’T BREATHE!”). And yes, Michael Phelps has been consistently excellent as an analyst, even as he’s thrown off the unsubtle air of a man who could still strip down and blitz the pool in any event of his choice without a minute’s training.

Though it’s been bewildering, the variety of online viewing options, particularly through the NBC sports app, has been maybe the greatest strength of Tokyo 2020. If you scroll far enough – and believe me, I have – you’ll eventually find events in which the commentary is either blessedly minimal or, even better, completely absent. To hear every grunt and twist of the robe in the mixed judo or watch weightlifter after weightlifter struggle to clear the 81kg snatch in almost total silence has been one of the great joys of these Olympics.

Late one night last week, nearing exhaustion from overexposure to the more popular sports, I flicked over to a 49er race in the sailing. Flags snapped in the breeze around Enoshima yacht harbour as the sailors got ready to put their skiffs into action. Waves lapped audibly against the shore. There was no commentary. For a brief moment, I found Olympics-viewing happiness. 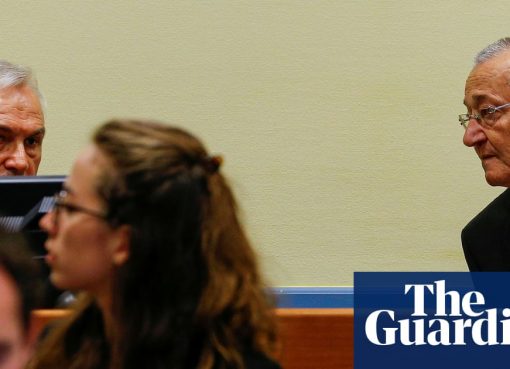 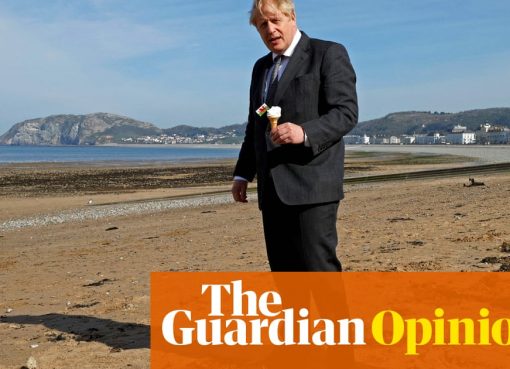 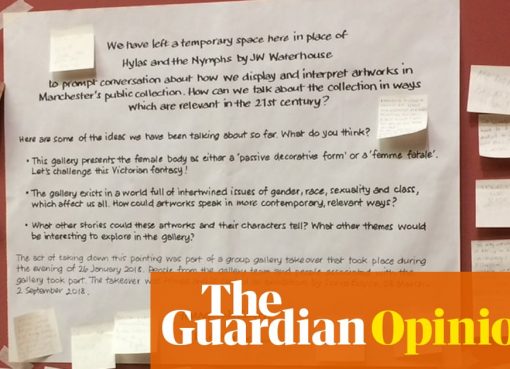