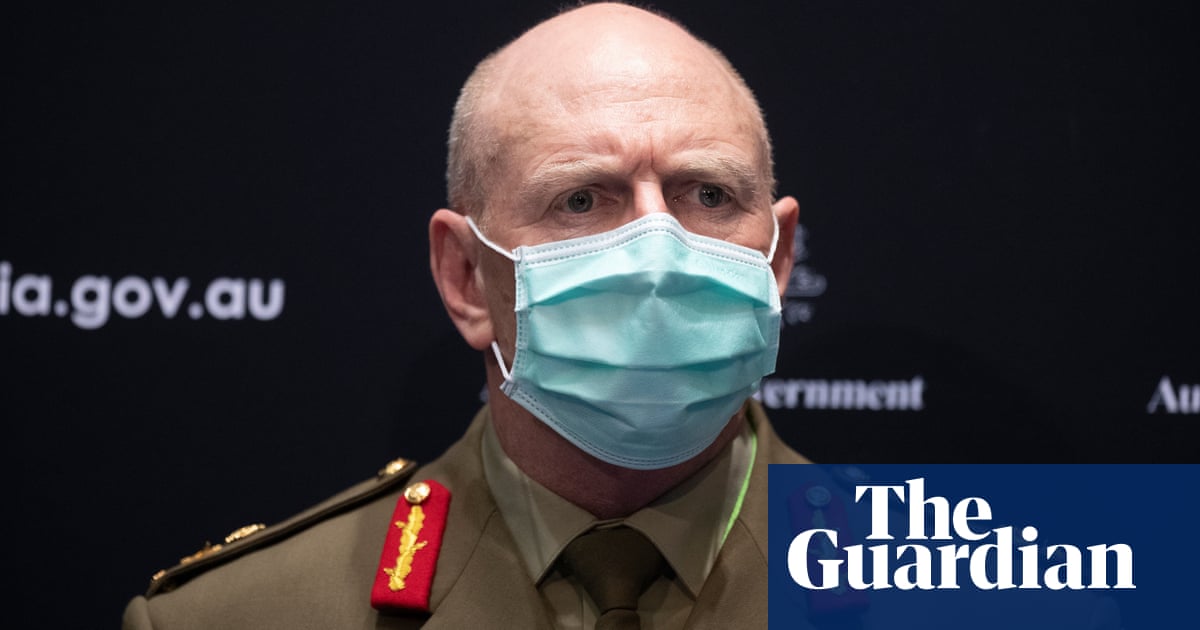 Good morning. A new Covid vaccination timeline could be the light at the end of the tunnel for Australia’s pandemic battle but whether it rolls out as intended remains to be seen. In Olympic news, the US gymnast Simone Biles has returned to the stadium and Australia’s men’s hockey team are into the gold medal match, but Australia’s football players are in hot water over alleged bad behaviour on a flight home.

Australia could fully vaccinate 80% of its adult population by December under a “vision” outlined by an updated Operation Covid Shield plan, released yesterday. The new timeline envisions a rapid increase in the delivery and distribution of vaccines, with drive-through vaccination clinics up and running by mid-October and workplace and retail hubs operating by the end of the year. Under the plan, Australians over 30 will be offered vaccines from September when 10m doses of AstraZeneca, Pfizer and Moderna could be available, with those aged 16 and over included from October when the available supply jumps to 15m doses for the month, with increasing availability of Pfizer.

National cabinet’s pandemic exit strategy only considered modelling for the “transition” phase over the next six months, with the Doherty Institute yet to consider how relaxed restrictions will affect transmission in the community. The institute’s professor of epidemiology, Jodie McVernon, said the external environment was too uncertain to consider anything beyond the next six months. Critics say the national cabinet plan appeared to be “risky”, based on the assumptions in the Doherty modelling.

New York state’s governor, Andrew Cuomo, is facing demands for his resignation after an investigation found that he sexually harassed 11 women, created a “climate of fear” in a “toxic” workplace and violated federal and state civil laws. An explosive 165-page report delivered a mountain of damning and often graphic evidence. Among the allegations was that Cuomo, 63, reached under the blouse of an executive assistant and grabbed her breast, and that he ran his finger down the spine of a female state trooper assigned to protect him. Cuomo has denied the allegations. “I have never touched anyone inappropriately,” he said. “It is not who I am.”

Iranian-backed forces are suspected of being behind the seizure of a tanker off the coast of the United Arab Emirates, after Britain’s maritime trade agency reported a “potential hijack” in the area by eight to nine armed individuals. Iran’s Revolutionary Guards denied that the country’s forces or allies were involved, saying the attack was a pretext for “hostile action” against Tehran.

Facebook Twitter The impact of the pandemic is similar to health outcomes in general, with more disadvantaged areas suffering higher rates of mortality from all causes. Photograph: Brook Mitchell/Getty Images

The most disadvantaged areas of Sydney have suffered twice as many Covid cases as the rest of the city during the current outbreak, according to Guardian Australia analysis. These areas not only contain large numbers of essential workers, an analysis of census data also shows a large number of workers in jobs that involve a lot of contact with other people, such as nursing, retail and childcare.

The health department has refused to say how much it is paying a public relations firm to email a pdf copy of the Covid vaccination data on its website to media outlets each day. The department dodged questions about whether paying a private firm to do such basic work was value-for-money.

Sky News Australia has purged several additional videos promoting unproven Covid treatments from its YouTube page, after the removal of six videos by the platform for violating community standards and ahead of the scheduled lifting of its suspension this week.

Australia could miss an international deadline to introduce safeguards against torture and abuse in jails, human rights advocates have warned, with Western Australia the only state or territory to have set up a mechanism for oversight of prisons before the January 2022 deadline.

The alleged rape and murder of a nine-year-old girl from India’s lowest caste has sparked a third day of protests in Delhi. Hundreds of demonstrators took to the streets demanding the death penalty for the four men accused of the crime.

Police have opened a murder investigation after the leader of a Kyiv-based group that helps persecuted Belarusians was found dead in a park in the Ukrainian capital.

Taliban fighters are on the brink of overrunning the key Afghan provincial capital of Lashkar Gah. Officials confirmed all but one district of the city was under the hardline Islamists’ control and 200,000 residents were ordered to evacuate.

An officer is dead after being stabbed during a brief outbreak of violence at a transit station outside the Pentagon. A suspect was shot by law enforcement and died at the scene

Facebook Twitter Shoppers in Campsie in Sydney’s south-west, which has emerged as a centre of the NSW Covid Delta wave. Photograph: Joel Carrett/EPA

At a time when Covid public health messages are heard through the fog of another language, multicultural services are vital, writes Monica Tan. “Even those tuning into the premier’s 11am press conferences with an almost religious devotion may find these messages overly complex, changing with great frequency, and seemingly contradictory – now imagine if you don’t speak English and you’re busy working every day as an essential worker. These will not be new challenges to NSW Health … But as [NSW chief health officer Dr Kerry] Chant has said, the Delta variant requires each of us to be ‘almost perfect’, and clearly our system is straining.”

We live in an era in which, for the most part, the generations do not mix frequently. On social media, intergenerational warfare is commonplace, as members of gen Z (those born between the mid-90s and the early 10s) criticise older people for hoarding wealth, while baby boomers bemoan the perceived sensitivity of the younger generation. But what would happen if baby boomers gave the TikToking young adults of today an insight into their thinking – and threw in some life advice as well?

There are a number of reasons why your friends and family might be vaccine hesitant, so how do you approach a conversation to convince them? Guardian Australia’s medical editor, Melissa Davey, outlines the facts behind some of the common reasons for hesitancy and a health communications expert has some advice on how to approach a difficult discussion.

Simone Biles returned to the Olympic stadium to win bronze on the balance beam. “I wasn’t expecting to walk away with a medal,” she said. “I was just doing this for me and what happens happens.”

Australia are through to the Olympic men’s hockey final for the first time in 17 years after a 3-1 defeat of Germany in their semi-final in Tokyo. The Kookaburras will battle Belgium for the gold medal in Tokyo on Thursday evening.

Australia’s Olympic men’s rugby sevens team and the Olyroos are under investigation after allegations of bad behaviour on their flight home from Tokyo. The details of what occurred are yet to emerge but Rugby Australia and Football Australia have said they are aware of, and investigating, the alleged incidents.

For so long, the US has stood between the Australian women’s basketball team and Olympic glory. The Opals must end their rivals’ 52-match unbeaten streak if they are to progress to the semi-finals in Tokyo.

Australians will use a QR-code vaccine certificate for international travel under a multimillion-dollar federal government plan to reopen the borders, according to the Sydney Morning Herald and the Age. The ABC reports that the federal government is facing increasing pressure to introduce new laws making it easier to impose sanctions on serious human rights abusers, but some officials worry such laws could complicate relations with regional partners. 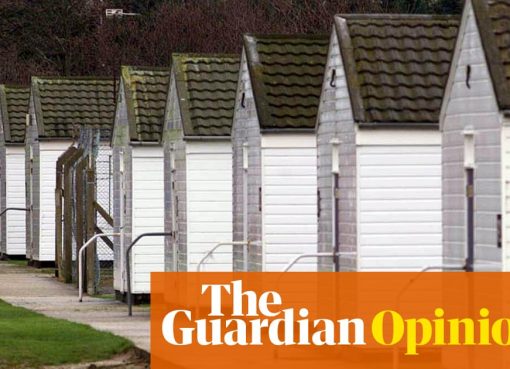 If prisoners are to help with the UK’s labour shortages, they must not be exploited

Show caption An inmate of HMP Ford, near Arundel, West Sussex. Photograph: Chris Ison/PA Opinion If prisoners are to help with the UK’s labour shortages, they must not be exploited Frances Crook Let f
Read More 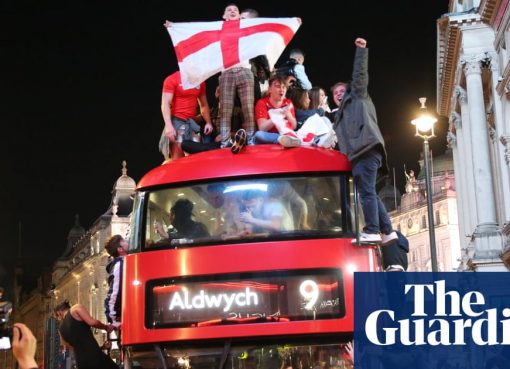 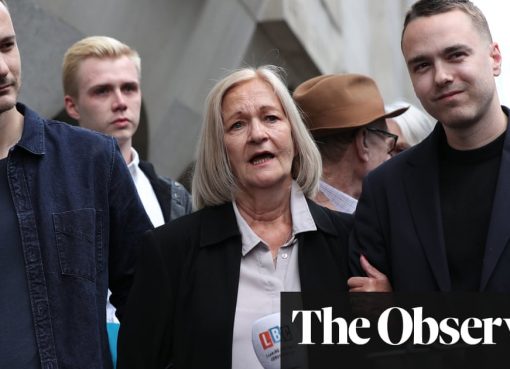 A number of murder cases are being re-examined to investigate possible unsafe convictions where coercive and controlling behaviour may not have been available as a defence, the Observer can reveal. T
Read More