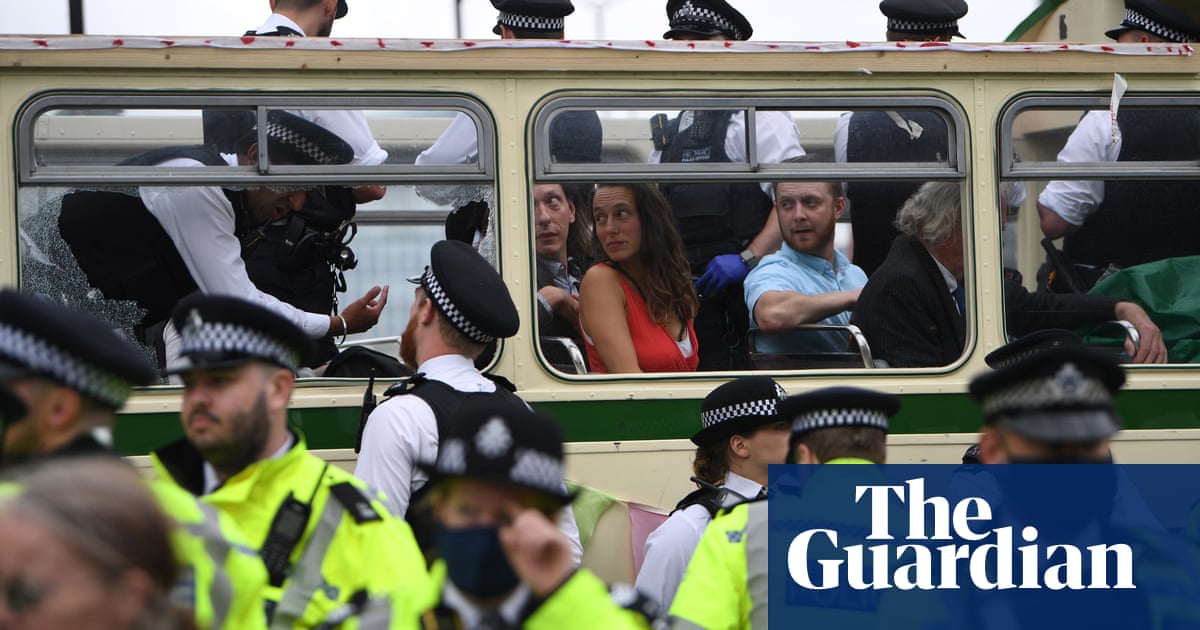 Police in London wielded batons and threw punches against Extinction Rebellion protesters as they battled to gain control of an open-top bus blocking London Bridge on Tuesday, in a step-change in their use of force against the group.

On the ninth day of XR’s latest protest campaign, the Guardian witnessed officers from the Metropolitan police climb the sides of the bus parked across the junction at the south of the bridge, striking and wrestling with protesters.

At one point in the melee, an officer appeared to hit a colleague who was climbing on the bus. Inside, officers appeared to put one protester in a headlock and beat them.

Paul Stephens, a retired detective sergeant with the Met, who is now an Extinction Rebellion police liaison, described the Met’s actions as “an appalling example of policing”. “Clearly they’ve got orders to use force on protesters that are trying to protest peacefully in the street,” he said.

One window of the bus was smashed by the time police had managed to climb aboard and gain control. Gail Bradbrook, the XR co-founder, who was marching with the protest, said: “What we witnessed from the Met police there was breaking glass when people were nearby, and use of truncheons and use of force. I saw someone in a headlock, people being thrown around. It was an act of aggression in the face of peaceful civil disobedience.

“It begs the question of quite what instructions these officers were given this morning.”

The drawing of truncheons against XR protesters marked an apparent change in the Met’s approach to the group. During previous XR campaigns, which have often involved roadblocks and peaceful civil disobedience, officers have taken an incremental approach to clearing blockades, carefully removing protesters from barricades and carrying them away.

“It’s the police committing mindless violence when they’re supposed to be protecting us,” one XR supporter at the scene, 66-year-old Carol Jones from Southport, said.

Protesters remained around the bus for several hours after the fracas, while the officers involved appeared to be relieved and replaced. At 4pm, the Met imposed a section 14 order, requiring the protest to end immediately. Protesters moved on, following a samba band down Borough High Street and west along Southwark Street. A number of activists remained inside the bus and locked beneath.

A Met statement said given the demonstration was an “attempt to cause major disruption to one of London’s busiest bridges” the use of force “was reasonable and proportionate”. They added that 43 arrests were made.

The fracas came after XR protesters gathered by City Hall before beginning a march through London Bridge. This week, the protest group said it wanted to begin targeting the nearby City of London financial district to drive home their key demand of an immediate end to investment in new fossil fuel projects.

Siân Berry, the Green party London assembly member and candidate for London mayor, who briefly joined the march, said: “When it comes to driving the extinction that everyone’s worried about, it’s the continued investment in fossil fuels [that’s the problem], and the City needs to mend its ways as quickly as possible.”

Also on Tuesday, a so-called “pram rebellion action” began in Parliament Square, while an XR Families group was expected to meet at St Paul’s Cathedral for a “play-in and feed-in”. In the afternoon, activists gathered in front of the Bank of England to discuss a recent Unicef report on the impact of the climate crisis on children.

Earlier, about 50 vegan environmental activists from the Animal Rebellion group blockaded the Arla dairy distribution centre in Buckinghamshire, calling for a transition to a plant-based food system.

A dozen other activists from XR Youth Solidarity occupied the headquarters of WWF in Woking in a protest against conservation activities they said were leading to persecution and eviction of indigenous peoples in Tanzania, Cameroon and Kenya.

A spokesperson for the XR Youth Solidarity occupation said they had been threatened with arrest, but were trying to negotiate with WWF. “Hours ago [they] said they will get in touch with WWF Tanzania and WWF Kenya to see what they could do about the demands but we haven’t heard back from them about it in a while,” he said.

A WWF spokesperson called the occupation disappointing, adding: “We share the same ambition to protect our world, tackle climate change and ensure a future where people and nature thrive.” 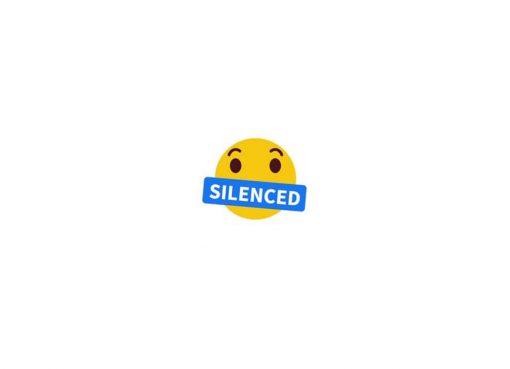 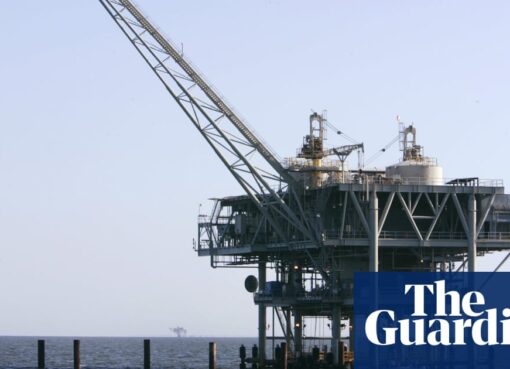 Show caption ‘Pushing new toxic export facilities is a death sentence for those on the frontlines of the climate emergency,’ said Kassie Siegel, director of the Center for Biological Diversity’s Clima
Read More