Show caption Taliban fighters walk in at the main entrance gate of Kabul airport on Saturday. Photograph: Wakil Kohsar/AFP/Getty Images Afghanistan Afghanistan: with the US gone, how soon will the Taliban show their true colours? Switching from waging an insurgency to administering an entire country again is a daunting challenge the group must urgently address Emma Graham-Harrison in Islamabad Sat 28 Aug 2021 19.11 BST Share on Facebook

By Wednesday morning the last US troops will have left Kabul and the day will break on a country entirely controlled by the Taliban, the last shadow of American threat banished.

It is still uncertain what this second iteration of the caliphate will look like, but with foreigners finally gone, the shape of the new Afghanistan will come into sharper focus.

The Taliban have made clear they want to avoid a repeat of their 1990s rule when they presided over an international pariah state, mismanaged the economy and increased repression as discontent spread. What is less clear is whether they can achieve that, or how they will attempt it.

The pivot from fighting an insurgency to managing the government was always going to be difficult, and the Taliban have had less time to prepare than they expected. The speed with which Kabul fell caught even the Taliban by surprise, co-founder Mullah Abdul Ghani Baradar has admitted, and it is clear the group had not yet pinned down who would rule, and how.

“They are so slow. I assume they have to announce a government when the Americans leave but it’s really taking a long time and has potential to spin out of control,” said Ashley Jackson, co-director of the centre for the study of armed groups at the Overseas Development Institute, who has researched the Taliban for many years. “Particularly with the threat from IS [Islamic State] attacks, they have to show they are strong and can guarantee security.”

Last week’s attack at the airport underlined the security challenges the Taliban will face. They have offered in the past – and are offering again – a respite from the horrors of war, as justification for their harsh rules.

But they have been fighting IS for half a decade now, and if they cannot contain it, and if complex suicide attacks continue in Kabul and elsewhere after foreign troops have left, it will undermine their authority, sap resources and may damage their legitimacy. It also raises the spectre of another episode opening in Afghanistan’s long civil war, possibly fought on more than one front, with others vowing opposition from the Panjshir valley.

Negotiations for a transition period, in return for President Ashraf Ghani’s surrender, might have given them time to at least start addressing questions about handing over everything, from the country’s banking system – largely shut down and with its reserves frozen – to its now devastated airport.

The Taliban might also have set up a government in waiting. Instead, over the past two weeks as western powers have focused on getting their troops and a few thousand Afghan allies out of the country, its new rulers have been hammering out what form their government will take.

Leaks so far suggest a structure perhaps similar to neighbouring Iran; one senior official in an interview with Reuters categorically ruled out democracy.

The Taliban’s reclusive leader, Haibatullah Akhundzada – of whom there is only one known photo – is expected to take on some kind of supreme leadership. Below that there may be a cabinet-style council.

There have been internal talks between powerful Taliban factions, and several meetings with members of the old government who did not join the flight overseas, as well as with powerbrokers such as former president Hamid Karzai.

Senior spokesmen have said the group wants an inclusive government and have kept the health minister and Kabul mayor in their posts in a show of goodwill. But even if those officials stay on, or other similar appointments are made, the Taliban will hoard real power for themselves. And any spirit of compromise is not expected to extend to women.

Once a government is in place, it can start clarifying how it intends to rule. The terror of many Afghans, based on the Taliban’s track record in areas they do control, and atrocities committed last time they dominated the country, is manifest in the terrified crowds at the airport trying to get out.

So far, their promises of amnesty have been met with scepticism, amid widespread house searches for people linked to the government and security forces. Promises to respect women’s rights, within the Taliban’s concept of sharia law, have sat badly with militants forcing women from their workplaces at gunpoint, or ordering them to stay home because of “security” issues.

And hopes for a more generally moderate version of Taliban rule have been dimmed by bans on music and even popular pastimes such as card games in some areas.

But they do also have popular support, including among those who share their worldview, or who lost relatives to American or former government forces. Several people have noted that people they worked with or interacted with regularly, from a colleague in an aid organisation to a bank teller, were undercover operatives.

Even the most senior militants themselves may not know exactly what their government will look like or how it will rule, as different factions battle for control.

Part of the group’s success in recent years was in giving local commanders a considerable degree of latitude in how they governed areas they seized, so one commander in the eastern Logar province actively promoted education for all children, while in Helmand others effectively banned schooling for girls, said Jackson.

It is not clear, however, how they will balance competing visions when running an entire country, where laws and regulation will need to be more standardised. And they have seized control of a country that already had formidable problems, reliant on foreign aid, riddled with corruption and facing a crippling drought in western regions this year.

The fates of those left behind once the evacuation has ended, and the millions more who never thought of leaving – there are nearly 40 million people in Afghanistan and only a tiny proportion has fled – will depend on the Taliban’s ability to switch from fighting to administration, and whether the west will continue to fund aid.

The UN and other organisations are already warning of a humanitarian crisis and food prices are soaring, which may leave western governments facing a terrible choice between working with an extremely oppressive government or leaving the poorest Afghans to pay a heavy price for leaders they did not choose.

“My concern is that calling out the Taliban is important, but historically they respond to punishment sanctions that are applied without incentive by digging their heels in,” Jackson said. “There are no good choices – there are only choices that are marginally less horrific for Afghans and that should be the moral obligation now, because of what happened.”

Who are the Taliban leaders?

Emir of the Taliban, the 60-year-old Islamic legal scholar from rural Kandahar who was the Taliban’s top religious judge became leader of the group in 2016, after a US drone strike killed his predecessor. There is only one known photograph of Akhundzada and he rarely makes public statements. He has three deputies.

One of the group’s founders, he is deputy for political affairs and effectively the chief international envoy. He has led the group’s office in Qatar. He tried to negotiate a surrender in 2001, and then was jailed by Pakistan, reportedly after trying to broker peace talks. He was finally released eight years later, possibly on the request of the US, to bolster withdrawal talks.

The son of the founding leader, Mullah Omar, is responsible for military affairs and is likely to take significant credit for this summer’s campaign that swept the group into power. Only in his mid-30s, he turned down a proposal to become overall leader, feeling he was too young and lacked military experience.

The son of the prominent mujahideen commander Jalaluddin Haqqani oversees finances and military assets along the porous Pakistan-Afghanistan border. The Haqqani network that he heads maintained a powerful identity even within the Taliban and has been blamed for dozens of lethal attacks. He is thought to have close relations with senior figures in al-Qaida. 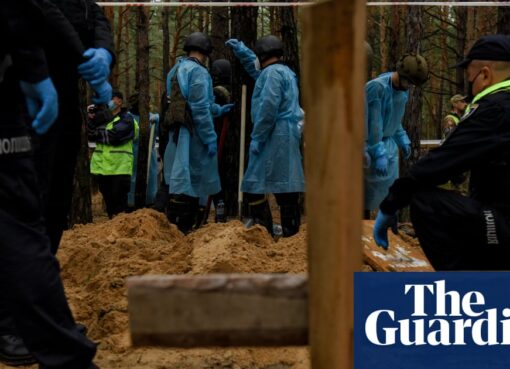 The EU presidency has called for the establishment of an international tribunal for war crimes after new mass graves were found in Ukraine. “In the 21st century, such attacks against the civilian pop
Read More 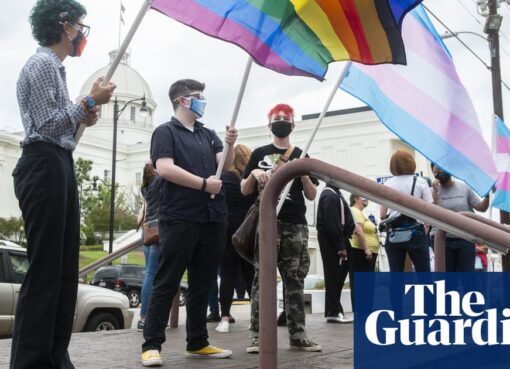