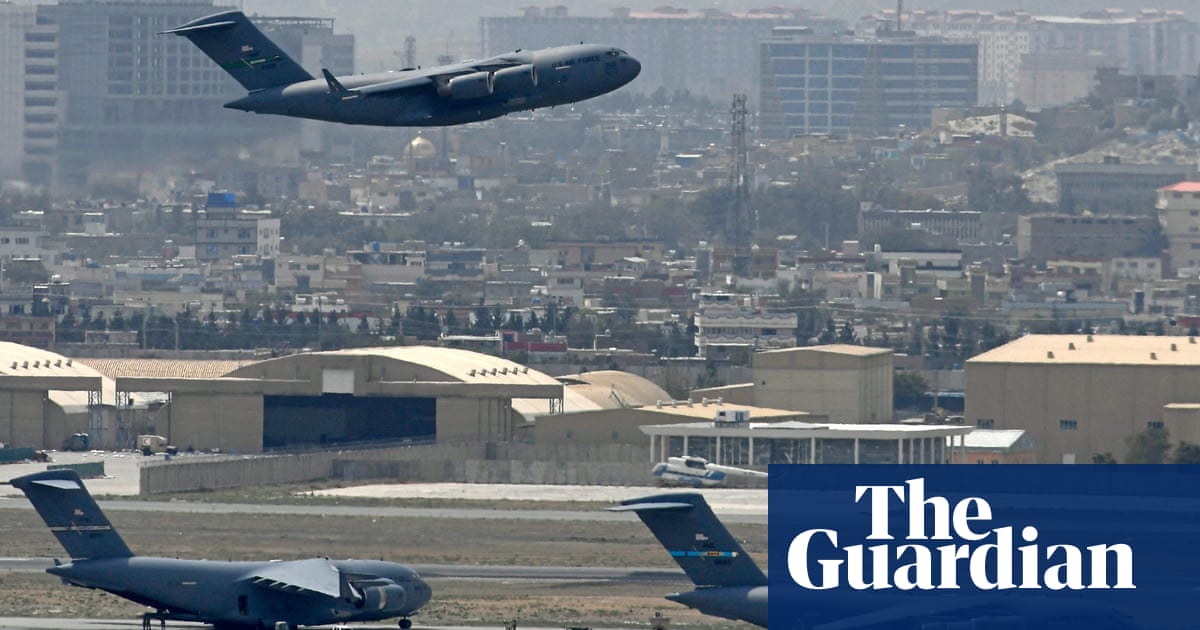 US anti-missile defences have intercepted as many as five rockets targeting Kabul airport as key American diplomats flew out of the Aghan capital in the final hours of the western evacuation under the threat of further Islamic State attacks.

Officials told Reuters that core US diplomats had on Monday joined the 122,000 foreign nationals and Afghans to be evacuated since mid-August, although it was not clear whether the acting ambassador, Ross Wilson, was among them.

The last few hundred US troops are due to pull out of the country by Joe Biden’s Tuesday deadline, drawing to a close their country’s longest military conflict, which began 20 years ago in retaliation for the 11 September 2001 attacks.

No casualties were reported from the rockets fired on Monday morning. IS, which opposes both the west and the hardline Islamist Taliban movement that swept back to power in Afghanistan a fortnight ago, claimed responsibility.

The White House confirmed a rocket attack on the airport but said airlift operations were “uninterrupted”. Biden had “reconfirmed his order that commanders redouble their efforts to prioritise doing whatever is necessary to protect our forces on the ground”, a White House statement said.

Afghan media said Monday’s attack had been launched from the back of a vehicle which was subsequently hit by a US drone strike, with several rockets striking different parts of the Afghan capital. Those targeting the airport were intercepted by its missile defence system.

The latest attacks followed a deadly IS suicide bombing on Thursday that killed more than 140 Afghans waiting in desperation outside the crowded airport gates in hopes of boarding a flight out of Kabul, as well as 13 US soldiers.

Relatives and neighbours gather round a car destroyed by a US drone strike in Kabul, killing 10 members of one family including six children. Photograph: Marcus Yam/Los Angeles Times/Rex/Shutterstock

Washington has warned of more attacks within the next 24 to 36 hours and carried out two airstrikes against IS targets, including one on Sunday which it said thwarted an attempted suicide bombing by blowing up a car packed with explosives.

The Sunday drone strike on the car, parked outside their home, killed 10 members of one family including six children, relatives told the BBC, adding that some of the dead had worked for international organisations and held visas for entry to the US.

US officials said the explosives in the car had caused secondary blasts. “We are aware of reports of civilian casualties following our strike on a vehicle in Kabul,” said Capt Bill Urban, a US Central Command spokesman. “We would be deeply saddened by any potential loss of innocent life.”

The Washington Post said the dead were from a single extended family who had been getting out of a car when the strike hit a vehicle nearby. Relatives told the paper eight children or young adults were among those killed, all aged between two and 12.

A Taliban spokesman told Agence-France Presse the group expected IS’s attacks to end once foreign forces leave. “We hope that those Afghans who are influenced by IS will give up their operations on seeing the formation of an Islamic government in the absence of foreigners,” Zabihullah Mujahid said.

“If they create a situation for war and continue with their operations, the Islamic government … will deal with them.”

An unidentified Taliban source told Al Jazeera the group would take “full control” of Kabul airport immediately after the US withdrawal ends on Tuesday.

Britain ended its evacuation on Saturday and France on Friday, although the French president, Emmanuel Macron, has proposed a “safe zone” in Kabul to allow allies “to maintain pressure on the Taliban” while more of the thousands of Afghans who helped western countries, but did not make it out in time, try to leave.

The Kremlin spokesman, Dmitry Peskov, said on Monday that the French plan, which Macron said France and Britain would put before the UN security council later on Monday, was “certainly a proposal that must be discussed”.

The Taliban have promised a softer brand of rule compared with their first stint in power. But many Afghans fear a repeat of the movement’s brutal interpretation of Islamic law, as well as violent retribution for working with foreign militaries, Western missions or the previous US-backed government.

The US national security adviser, Jake Sullivan, said the US does not plan to have an embassy presence after the final troop withdrawal but it “will make sure there is safe passage for any American citizen, any legal permanent resident” after Tuesday, as well as for “those Afghans who helped us”.

The US state department said on Sunday that about 100 countries, as well as Nato and the EU, had received assurances from the Taliban that people with travel documents would still be able to leave the country.

The UN, meanwhile, has said the entire country faces a dire humanitarian crisis, cut off from foreign aid amid a drought, mass displacement and the Covid-19 pandemic. “The evacuation effort has undoubtedly saved tens of thousands of lives, and these efforts are praiseworthy,” the UN’s refugee chief, Filippo Grandi, said on Monday.

“But when the airlift and the media frenzy are over, the overwhelming majority of Afghans, some 39 million, will remain inside Afghanistan. They need us – governments, humanitarians, ordinary citizens – to stay with them and stay the course.” 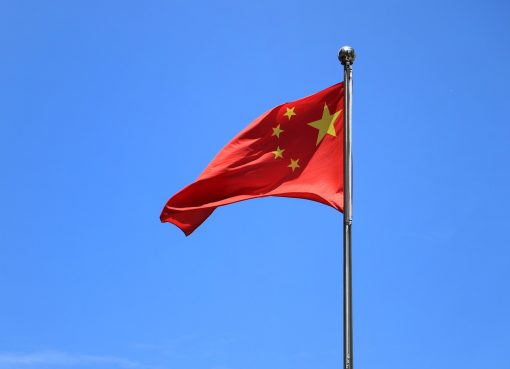 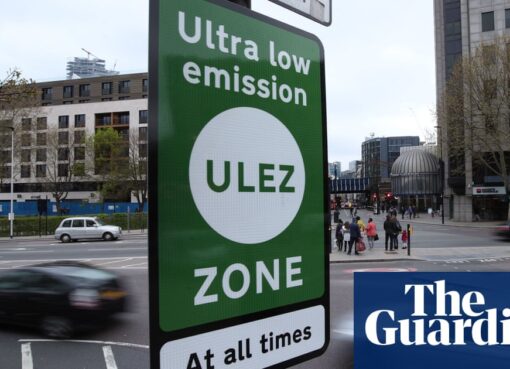 TfL fined me for driving in the ULEZ – has someone cloned my car plates?

Show caption Sign at Tower Hill in London for the ultra low emission zone. Photograph: Yui Mok/PA Consumer champions TfL fined me for driving in the ULEZ – has someone cloned my car plates? A reader r
Read More 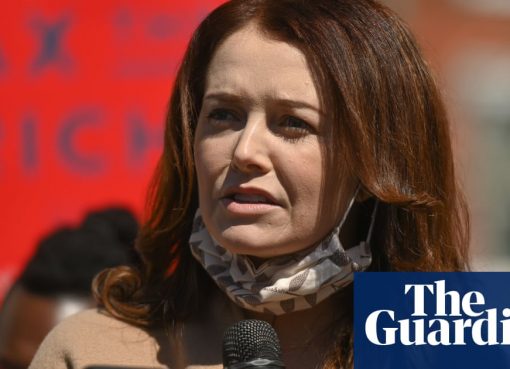