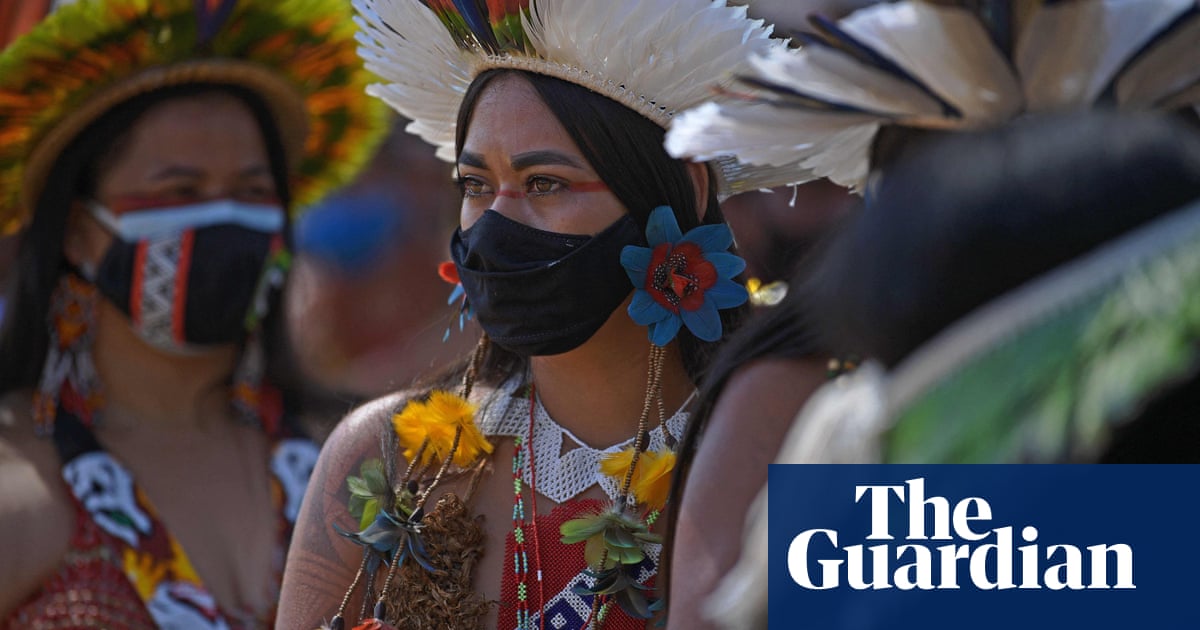 More than 5,000 indigenous women have marched through Brazil’s capital to denounce the historic assault on native lands they say is unfolding under the country’s far-right president, Jair Bolsonaro.

Female representatives of more than 170 of Brazil’s 300-plus tribes have gathered in Brasília in recent days to oppose highly controversial attempts to strip back indigenous land rights and open their territories to mining operations and agribusiness.

On Friday morning those guerreiras (warriors) trooped south from their encampment wearing bright-coloured headdresses made from the feathers of parrots and macaws and clutching banners condemning growing anti-indigenous violence under Bolsonaro’s “genocidal administration”.

Two demonstrators clasped an effigy of the embattled Brazilian leader whose presidential sash bore the words: “Fora Bolsonaro!” (Bolsonaro out!).

An indigenous woman from the Tupinamba tribe paints the face of another woman during a protest in Brasília. Photograph: Carl de Souza/AFP/Getty Images

“What they want is to take away our land,” said Alessandra Korap, an activist from the Amazon’s Munduruku people, deploring a slew of political initiatives she said threatened indigenous lands and lives.

Foremost among those threats is the “marco temporal” or “time frame” argument: a legal challenge to indigenous land rights that is being considered by the supreme court.

Opponents say that, if successful, the suit – which Bolsonaro has championed as a way of stopping Brazil being “handed over to the Indians” – would nullify all indigenous claims to land they were not physically occupying when Brazil’s constitution was enacted on 5 October 1988.

“This is illegal. This is unconstitutional. They want to tear up our roots and we will not allow it,” Korap said on the eve of Friday’s march.

Speaking at the protest camp, organized the Articulation of Indigenous Peoples of Brazil, Korap said a ruling in favour of the thesis would effectively legalise the theft of indigenous land.

“The time frame thesis indicates that we have only existed since 5 October 1988. But this isn’t true. The whole of Brazil is indigenous territory – all of it. Unfortunately, it has been taken away, bit by bit – and now they want to take away those pieces that were left for us,” she said.

As well as Bolsonaro, under whose administration deforestation has soared, the legal challenge is backed by congress’s powerful ruralist caucus, whose members are simultaneously pushing a bill that would have a similar impact. That measure, known as PL490, would restrict indigenous land claims and permit infrastructure building and the commercial exploitation of native forests, without requiring indigenous occupants to be consulted.

Sônia Guajajara, another prominent indigenous leader, said: “These are all highly orchestrated measures which are designed to take away the land rights of indigenous people and open these lands up for exploitation … It’s all about profit and money. We champion biodiversity, keeping the forest standing, which is precisely what ensures us life. All they think about is development built on destruction.”

Supporters of the time frame thesis argue that setting a date-limit for indigenous land claims will help avoid conflicts and legal uncertainty for landowners. “Should we protect indigenous land rights? Obviously, yes. But we must also protect the rights of property owners, farmers, who are essential for Brazil’s development,” prosecutor Alisson de Souza said during a recent hearing.

Guajajara said the indigenous women were mobilizing to repel the latest chapter in a centuries-long attempt to wipe out the descendants of those who inhabited what became Brazil when Portuguese colonizers arrived in 1500. “What we’re living through now isn’t any different from what we’ve always faced when it comes to this extermination effort. We’ve seen centuries of violence, spilled blood, rape and enslavement – and now all of this is being officially professed by the government.

“Our march is about defending Mother Earth,” added Guajajara, 47. “More and more we women are taking the frontline in the defense of our sacred Mother Earth.”

An indigenous woman from the Krenak tribe takes part in a demonstration in Brasília. Photograph: Carl de Souza/AFP/Getty Images

As well as the time frame thesis judgment and the PL490, activists are also concerned about the imminent expiration of a series of land protection orders barring the development of areas inhabited by uncontacted tribes. Advocates are urging Funai, the indigenous protection agency, to renew those orders restricting access to remote territories inhabited by the Piripkura, Pirititi, Jacareúba/Katawixi and Ituna/Itatá peoples. The Piripkura territory, in Mato Grosso state, is among the most affected by illegal logging, and its protection will expire this month.

Korap said indigenous women would continue to fight despite the onslaught: “This government will last just four years – we have been resisting for more than 520.”

“Our struggle is for survival, for life, for the forest and for our children. So we will resist. In spite of all the attacks from the government, we are resisting and we will continue to resist,” she vowed. 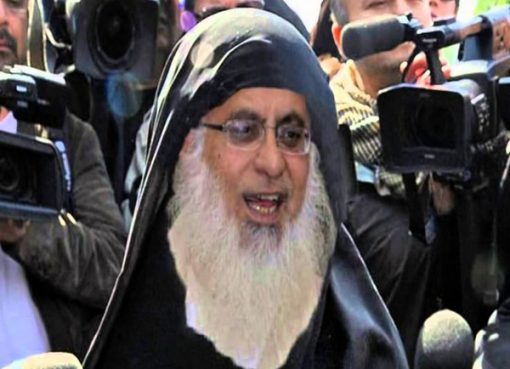 Islamabad, Pakistan: After Taliban took over Afghanistan, now in Pakistan also some radical leaders are started to shine from the dust. Maulana Abdul Aziz is one of them who said Taliban coming back t
Read More 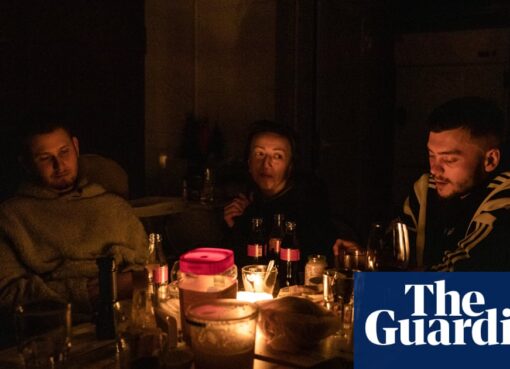 Air sirens sounded throughout the day in Kharhiv. At least four Russian missiles hit the north-eastern city in two attacks on Monday, killing at least one person, injuring others and causing further d
Read More

Fundamental rights should be respected and followed in order to stabilise the country: UN

Geneva, Switzerland: In order to stabilise Afghanistan respect and understanding the importance of fundamental rights and freedom is necessary. "How the de facto authorities - indeed, and the inter
Read More