“It was one of the most intense experiences,” he said.

The police had identified Mr. Ingram using facial recognition tools they applied to his Instagram profile, intercepted his phone calls and used drones to peer inside his apartment. Dozens of officers descended. The response seemed suited to a terrorist threat, Mr. Ingram said.

But Mr. Ingram, an organizer and activist, was not a terrorism suspect. Officers were seeking him in connection with his participation in a protest, where they said he spoke through a bullhorn near the ear of a patrolwoman, causing her temporary hearing loss. He would later be charged with assault of a police officer — a case that was subsequently dropped.

The intensity of the police operation was shocking, Mr. Ingram said.

“It kind of felt stupid. I felt like it was a waste of taxpayer money and funds,” Mr. Ingram said. “We’ve created a monster that’s kind of always existed within America, but we’ve given that monster — because of 9/11, because of other terrorist attacks and things that have happened — unquestionable, unchecked power.”

Safeguards meant to limit the police’s ability to monitor political activity were suspended. Thousands of additional cameras and license plate readers were installed around Manhattan, part of the Lower and Midtown Manhattan Security Initiatives.

Only recently — because of a law passed by the City Council last summer, to police officials’ dismay — did the breadth of the Police Department’s surveillance dragnet begin to become clear. The law, known as the POST Act, requires the department to provide a public accounting of its post-9/11 technological arsenal.

Police officials have proved reluctant to fully comply with the transparency requirements, and have historically kept such expenditures secret even from the city’s own comptroller. But according to figures maintained by the city’s Independent Budget Office, the Police Department’s spending on intelligence and counterterrorism nearly quadrupled between 2006 and 2021, up to $349 million from $83 million in 2006, the earliest year for which the office keeps data.

For a department that was running entire precinct houses on single computers at the time of the attacks, the expansion has been stunning, said Raymond W. Kelly, whose second stint as New York Police Department commissioner began just months after the attacks. Mr. Kelly led a frantic, rapid effort to bring the department up to speed. 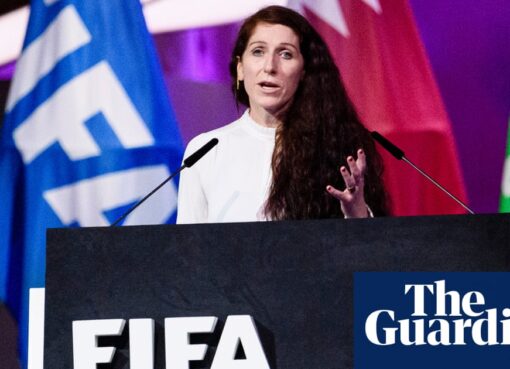 Lise Klaveness, the Norwegian who rocked Fifa: ‘It’s our job to push further’