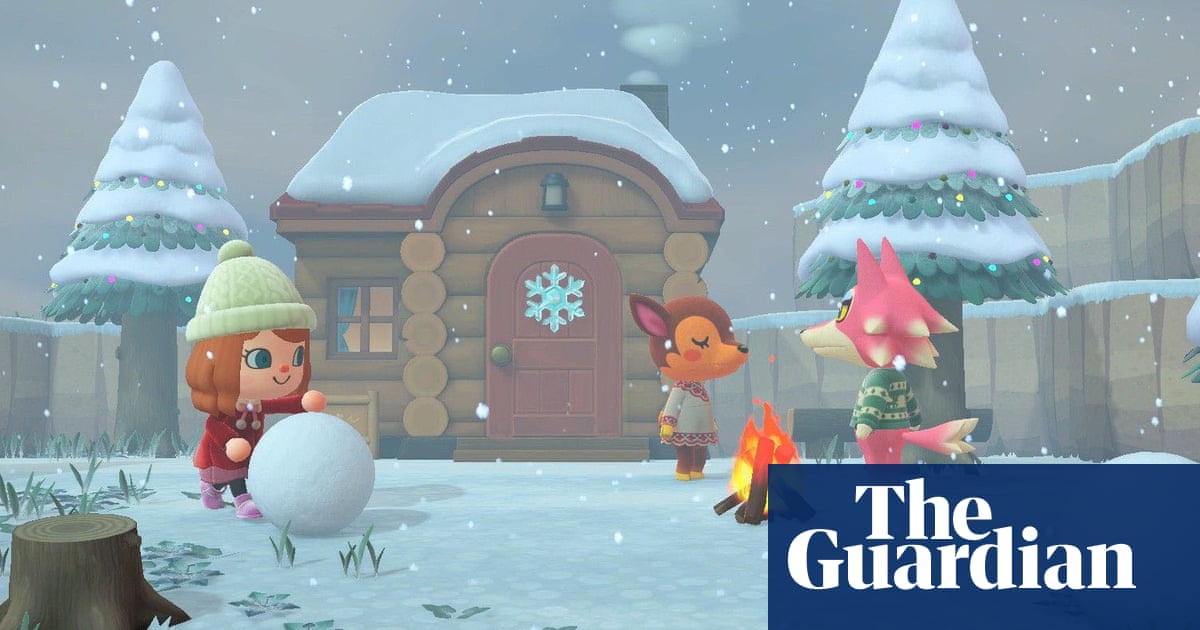 Welcome to Pushing Buttons, the Guardian’s brand new gaming newsletter. If you’d like to receive it in your inbox every week, just pop your email in below – and check your inbox (and spam) for the confirmation email.

Welcome back to Pushing Buttons! I’m Keza MacDonald, the Guardian’s video games editor. I have been a video games journalist for 16 years, and my extended family only recently stopped asking me when I was going to get a real job over Christmas dinner. I guess they’ve given up on me now.

This December, as usual, the release calendar has been as sparse as the hairs on Agent 47’s head. Last year we at least had Cyberpunk 2077’s fiasco of a launch to distract us from the end-of-2020 doldrums; you can only hope that it will fare better when the PS5 and Xbox Series X versions are, finally, released in the spring. On the plus side, right now there is actually time to catch up on things without the distraction of shiny new things coming out every week. Absorbing myself in a video game has always been a good way to stave off end-of-year ennui in the festive perineum between Christmas and New Year’s Eve.

Those Christmas games loom large in the memory – one year it was Mass Effect 2, which I played for days straight wrapped in a duvet in my freezing cold Edinburgh flat; one Christmas as a teenager I persuaded my parents to get me Animal Crossing on US import and spent the subsequent days completely ignoring my family in favour of my new weird animal neighbours. (I’ve got my own kids now, and last year I did the same in Animal Crossing: New Horizons. Some things don’t change.)

It’s been a strange year for games, partly because the knock-on effects of Covid-19 have delayed the process of game development so much that most of the things we thought we’d be playing now have drifted into next year. Game development is an extraordinarily collaborative endeavour, especially when there are 100 or more people on a team, and working from home has slowed things down massively at a lot of studios with whom I’ve spoken.

Playground Games spent last year finishing off the excellent racing game Forza Horizon 5, and designer Anna Poliakova explains that testing multiplayer was much, much easier when you’ve got everyone playing together in the studio: “You can tell if one player is seeing something completely different from the other three. At home, you’re having to describe it to each other, like: ‘What can you see? Hold on, what colour is my car on your screen?!’” Even stuff like figuring out how to get the latest build of the game playable on every individual developer’s computer became a logistical nightmare.

Applause, then, for the teams behind the great games that actually did come out this year: Forza, Hitman 3, Deathloop, Ratchet & Clank: Rift Apart, the long-delayed and brilliantly surreal Psychonauts 2, which vies with intimidating time-loop space shooter Returnal for my personal game of the year. Our games correspondent Keith Stuart and I recently picked our top 15 games of 2021 – give it a read, and decide what’s going to soak up your time as the year limps to an end.

The ongoing pandemic has changed my relationship with video games, and I know I’m not the only one. If 2020 was the year that games saved us all, giving us a safe and fun way to socialise and entertain ourselves when everything was terrible and nobody was allowed to outside for more than 20 minutes a day, 2021 was the year that we tentatively started living again. I found myself less drawn to virtual worlds; I abandoned my Animal Crossing island, only returning shame-faced to bear the resentful barbs from my neighbours when Nintendo released a raft of interesting new stuff for the game in November (who would say no to a pigeon called Brewster who serves coffee?).

Psychologically, though, being back in Animal Crossing felt like returning to the depths of last year’s mentally brutalising lockdowns. Back then it was my escape, but now it feels like an unwelcome reminder. I wonder how many people will have a similar reaction when they think back on Among Us, or Fall Guys, or Fortnite, or any of the other games that got them through the pandemic, in years to come.

I’m going to cast my mind right back to the beginning of the year to recommend Olija, a game that missed out on our games of the year list but that nonetheless sticks in my memory. It’s a short, nostalgic, rather eerie action-adventure game about an aristocrat who sails to a forsaken place to try to find a better future for his people, and it has the freshest, most beautifully animated pixel art I’ve seen in years. You can tell when a game is a passion project – Olija was mostly made by one person, Japan-resident developer Thomas Olsson, and although it’s over quickly, it’s so atmospheric, enigmatic and snappy to play that it’s well worth the time it takes.

The end-of-year lists have been trickling out from all the specialist games sites for the past few weeks. I especially enjoyed Polygon’s, partly because it looks gorgeous, and partly because many of the 50 games on this list are ones that I didn’t already know about.

Xbox’s Game Pass has continued to prove itself in 2021, putting Microsoft ahead of everyone else in the rush to become the (sigh) “Netflix of gaming”. (Google Stadia, looks increasingly beleaguered; Google shut down its only development studio early this year after a troublingly short period, and confidence in the service does not appear to be high.) Kotaku makes a case for 2021 marking the beginning of the death of the Xbox – and why that wouldn’t necessarily be such a bad thing.

Another defining story of the year in games has been the flood of revelations about toxic working culture and harassment at Activision Blizzard, the company behind Call of Duty, World of Warcraft and much else, which is now facing several lawsuits. The allegations run right up to famously uber-wealthy longtime CEO Bobby Kotick, and have sparked walkouts and a unionisation push among its 10,000ish employees. If you’ve had trouble keeping up with all the ongoing and very revealing reporting on one of the games industry’s giants, this rundown from CNET will catch you up.

This week I asked our games correspondent Keith Stuart the question that has been preoccupying warring forum-dwellers since the 90s: what’s best, consoles or PC?

No one who considers themselves a serious video game scholar would attempt to answer this question – which is why I’m doing it. In terms of sheer technical oomph, a cutting edge PC is unbeatable as a gaming platform. You’ll need to spend between £1000 and £2000, but that will get you the Imax of gaming, with astonishing visuals and ultra smooth animation. Within two years, however, your system will start to creak, and you’ll think about upgrading – and then you’re chained to the treadmill. In terms of value and ease-of-use, consoles rule: you get an expertly designed system that will last between five and eight years, and every game you buy will work perfectly on it. For most people, the visuals will be fine – in fact, for a few years, they’ll be spectacular – and landmark games that won’t be available anywhere else for years. Which is better? For experts, the PC, for the rest of us, consoles. Don’t @ me.

I’d welcome your questions for Question Block in the new year – hit reply on this newsletter to submit them, and I’ll find someone interesting to answer them!

• The main photo caption in this article was amended on 29 December 2021. Animal Crossing: New Horizons was released in 2020, not 2019 as an earlier version said. 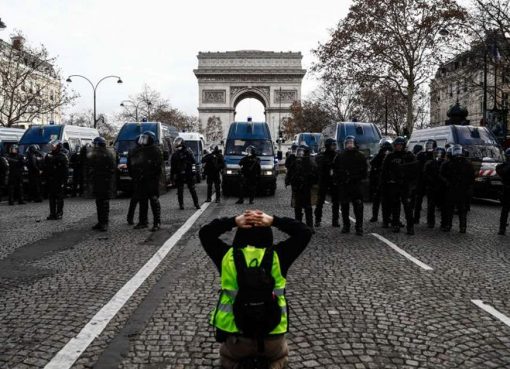 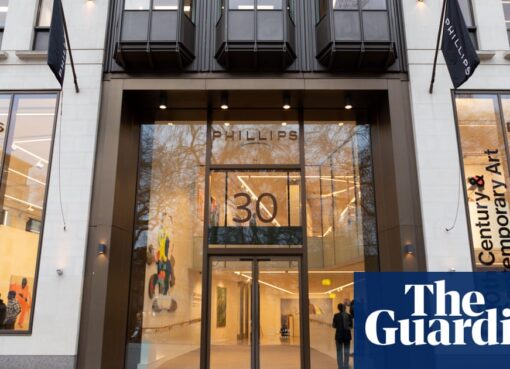 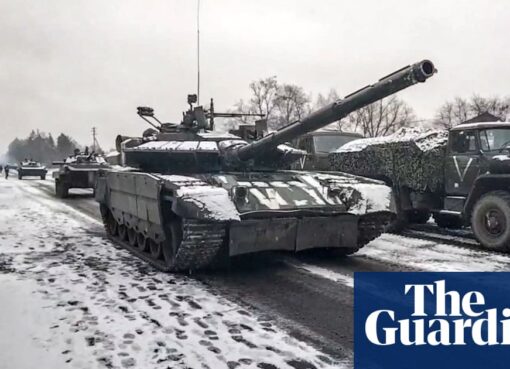 Russian troops have been forced to merge and redeploy units from their “failed advances” in Ukraine’s north-east, the UK Ministry of Defence has said, as both Kyiv and Moscow deal with serious losses
Read More