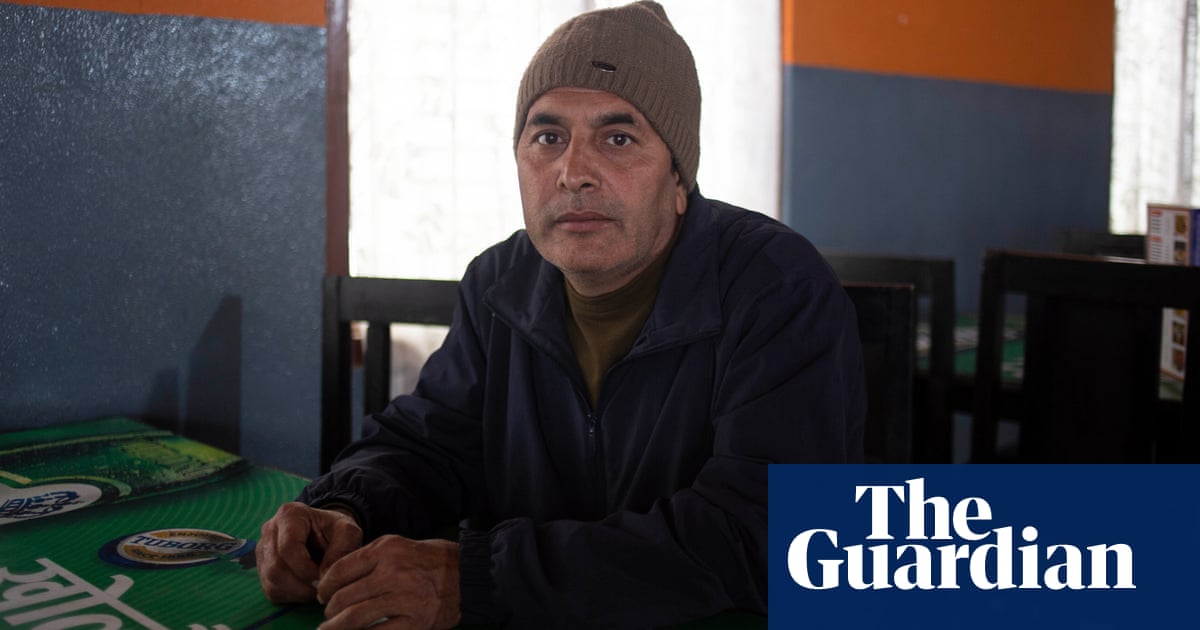 “I don’t have any dreams for the future because every dream depends on money,” says Resham, a 45-year-old from Banke, a district in Nepal bordering the Indian state of Uttar Pradesh. “Time is passing and I’m getting older. Whatever comes my way, I will face it and go ahead with life.”

Last year, Resham returned to Nepal after spending 10 years working at Supermax, a company producing medical gloves in Malaysia. In October, the US banned imports from Supermax based on evidence “that indicates the use of forced labour”, and the month after, Canada terminated its contracts. The UK, meanwhile, has named the British subsidiary of Supermax as an approved supplier in a new £6bn contract for gloves for NHS workers.

Like hundreds of thousands of Nepali workers, Resham travelled to Malaysia in search of a decent salary to send home. But after a decade, he returned with nothing. “It’s nice to be back with my family, but I worry about how to face my responsibilities,” says Resham, who needs to pay for his two teenage sons to finish their secondary education.

A judicial review of the UK government’s contract award has been filed by Wilson Solicitors, the firm representing a group of workers, and co-claimants the Citizens, a media nonprofit that has investigated UK government contracts awarded through the pandemic.

Nusrat Uddin, a partner at Wilson Solicitors, says: “This case is believed to be the first of its kind in the sense that it’s challenging the UK government’s own due diligence in relation to the products they are procuring, and how the processes they have in place adhere to legislation they have enacted themselves.”

In 2015, Supermax was awarded part of a £320m to £375m contract to supply gloves to the NHS. In April 2020, the company then won an individual contract for £311m, awarded without tender due to emergency pandemic regulations. Criticisms of the company’s labour standards were well known when, in December 2021, they won a share of the £6bn NHS Supply Chain framework agreement.

Supermax has been awarded numerous contracts by the UK government, despite concerns over labour standards. Photograph: ImejJiwa

“It’s not fair,” says Saroj*, 27. “Instead of supporting these Malaysian companies, the UK should support workers who say they have been abused in the past and are being abused currently.”

Resham and Saroj are among six former Supermax workers from Nepal interviewed about their time working in Malaysia. The men are mainly from rural areas and grew up in farming communities. Most did not finish or attend school due to their families’ financial situations. They travelled to Malaysia to provide for parents, siblings, spouses and children. But the repatriated workers allege they experienced poor working and living conditions at Supermax, including abuse, detention and salary deductions. Without access to their passports, and on reduced salaries, with debts to recruitment companies, most had no choice but to stay.

When he was younger, Resham worked as a police officer in his village, but resigned after his family was violently targeted due to his position during the Maoist insurgency in Nepal.

This led him to seek work abroad, eventually choosing Malaysia after a recruitment company told him that the “pay, weather, culture and working environment is good”.

According to a 2017 report by Amnesty International, many Nepali migrant workers become “trapped in a vicious cycle of debt and exploitation”, with two-thirds of those surveyed paying excessive or illegal recruitment fees.

Dil, a 32-year-old former worker from Nepal’s hilly Dhankuta district, describes how he felt Supermax was a difficult place “to talk with anyone or form friendships”. He says workers at the firm were “fired and abused” for raising concerns or making small mistakes, such as going to the toilet without a pass. Dil was fined four times for “not having a proper haircut”.

Dil says he was fined four times while working at Supermax for ‘not having a proper haircut’. Photograph: Uma Bista/The Guardian

According to Resham, after “official deductions” for food, accommodation and bills, as well as “unofficial deductions”, such as the haircut fine, he would be left with about £130 each month – well under half of his salary. As well as salary cuts, Resham claims he experienced detention and physical assault for speaking out about conditions, such as the low-quality food, the cost of which was deducted from their salaries.

“As I’m speaking right now, it feels like I’m talking about a bad dream,” says Saroj, who tried to get sent home from Supermax by staying at his hostel rather than going to work. “I thought it was better to go back to Nepal instead of working at a company that was abusive and gave a very small income,” he claimed. Saroj says that as he was not working, he wasn’t allowed meals supplied by the factory. At the time, factory meals were automatically deducted from workers’ salaries, limiting their access to food. His friends snuck him some food, but his plan of being sent home failed. He says the company “said I would only be allowed food if I start working again. So I finally decided to rejoin the job”.

Due to the pandemic and rising demand for gloves, working days at Supermax increased from 12 to 14–15 hours and workers were not allowed to travel home easily, Sitaram, 36, told the Citizens. “They held our passports forever … I definitely consider their behaviour to be forced labour,” claimed Sitaram, who was unable to go home when his father died last year.

Instead of supporting these Malaysian companies, the UK should support workers who say they have been abused

“After I requested for urgent repatriation, they suspended me and kept me at the hostel for one month without any salary,” he claims, adding that as part of Hindu culture he needed to be at the funeral as his father’s only son. “The company always used the pandemic as an excuse to hold us, I think, because if we went back, their workforce would be reduced and they wouldn’t be able to produce the gloves,” alleges Resham.

When discussing his 34 month stint at Supermax, Saroj notes “it feels like I’m talking about a bad dream.” Photograph: Uma Bista

“We completely appreciate that there is a global pandemic and there is an increased demand for PPE gloves,” says Uddin. “However, this government has championed itself as being world-leading in the fight against modern slavery, so that same government should surely be ensuring that the products that they are buying to protect their own citizens and medical staff are not being made by putting those across the other side of the globe in dire conditions.”

After bans by the US and Canada, independent audits by those countries are being carried out at the Malaysian facilities. Earlier this month, Supermax announced that it was reimbursing recruitment fees to former workers, improving conditions and raising its minimum wage.

Wilson Solicitors’ judicial review application states that in September 2021, “NHS Supply Chain received a detailed summary of evidence underpinning growing concerns about Supermax.” After the US decision to ban imports from Supermax, the company gave assurances to the UK that “three audits of its factories were under way and that the results could be provided”. Yet “inexplicably” the UK did not wait for the audits’ findings, finalising its assessment and awarding Supermax the contract.

Supermax was approached for comment on this article on 1 February but did not respond. Two days later, the repatriated workers interviewed for this article were contacted by an affiliate of Supermax with an offer of compensation.

In a statement on 8 February confirming that compensation would be paid, Supermax said it was setting up “a sinking fund to ensure that it remediates these former workers and all other eligible workers according to the revised eligibility criteria for remediation”. The statement said the company had “implemented a one-off RM5,000 [Malaysian ringgit] ex gratia payment to all its workers and shall add a further element of interest on the amount of past recruitment-related fees and costs paid by workers”.

Reports from workers on the current conditions at the factory are mixed. Some claim that those who complained about conditions during an audit three months ago have received death threats from a Supermax supervisor. But one former worker, Jugal, 30, says that friends who remain at the factories are “happy because so many things have improved”, such as workers being allowed to bring their phones into the factories and eat their own food, as well as not having their salaries deducted.

A spokesperson for NHS Supply Chain told the Guardian: “We take any allegations of this nature very seriously and do not hesitate to investigate claims made against manufacturers. A proper due diligence process is carried out before awarding any suppliers on to our frameworks and we follow the highest legal and ethical standards. We cannot comment further at this stage due to the ongoing legal proceedings.”

* Some names have been changed to protect identities

This story was published in collaboration with media nonprofit the Citizens. John Lubbock and Uma Bista contributed to reporting 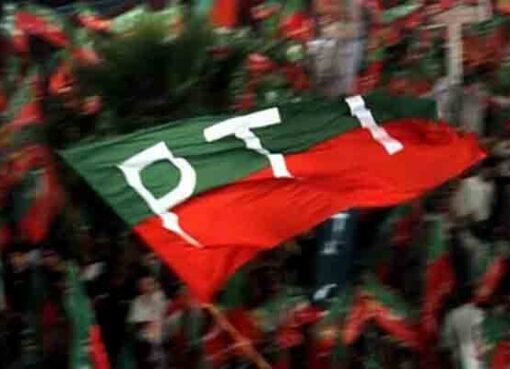 PTI workers protests against their own party

LAHORE: Holding placards and banners, the PTI workers shouted slogans against their party fellows inside the hotel. They demanded the PML-N ‘release’ their lawmakers — said to be around 20 of
Read More 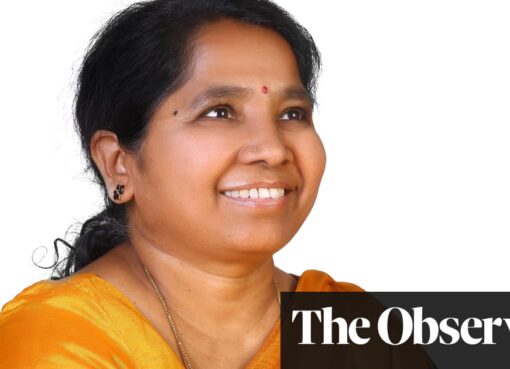 Father May Be an Elephant, and Mother Only a Small Basket, But… by Gogu Shyamala – review

Show caption Gogu Shyamala: ‘the prose is often transfigurative, magical’. Photograph: @RAAPS/Courtesy of Gogu Shyamala Fiction in translation Father May Be an Elephant, and Mother Only a Small Basket
Read More 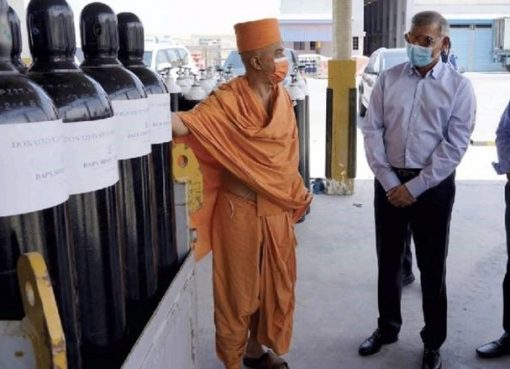