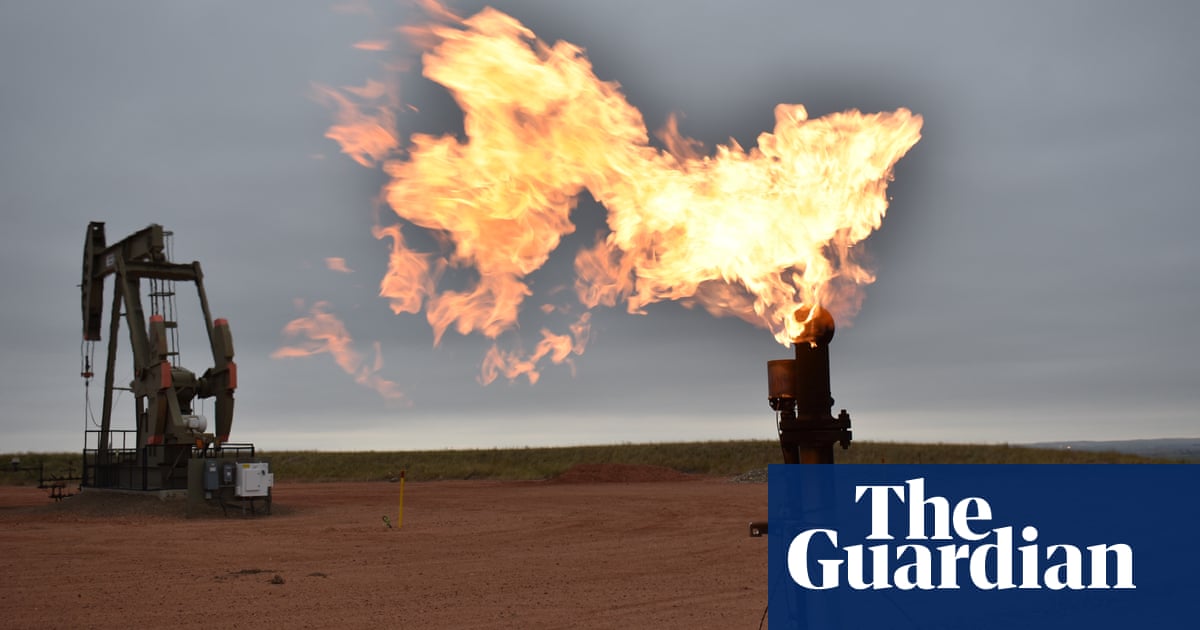 The influential rightwing lobby group the American Legislative Exchange Council (Alec) is driving a surge in new state laws to block boycotts of the oil industry. The group’s strategy, which aims to protect large oil firms and other conservative-friendly industries, is modelled on legislation to punish divestment from Israel.

Since the beginning of the year, state legislatures in West Virginia, Oklahoma and Indiana have introduced a version of a law drafted by Alec, called the Energy Discrimination Elimination Act, to shield big oil from share selloffs and other measures intended to protest the fossil fuel industry’s role in the climate crisis. A dozen other states have publicly supported the intent of the legislation.

Texas has already begun compiling a list of companies to target for refusing to do business with the oil industry after the state passed a version of the law last year. Top of the list is the world’s largest asset manager, BlackRock.

The push to blacklist firms that boycott the oil industry follows a meeting in December between politicians and Alec, a corporate-funded organisation that writes legislation for Republican-controlled states to adopt and drive conservative causes.

At that meeting in San Diego, members of Alec’s energy taskforce voted to promote the model legislation requiring banks and financial companies to sign a pledge to not boycott petroleum companies in order to obtain state contracts. The wording closely resembles that of laws drafted by Alec and adopted in more than 30 states to block support for the Boycott, Divestment and Sanctions (BDS) movement against Israel’s oppression of the Palestinians.

Similar laws are also being promoted to protect the gun industry from boycotts.

The legislation written by Alec, which has a history of extreme denial of the climate crisis, claims that “American and European fossil energy producers … are among the most socially and environmentally responsible companies in the world”. It laments that “corporations are boycotting fossil energy companies by refusing to provide them with products or services”, and says that share selloffs by financial funds hurt investors.

“Banks are increasingly denying financing to creditworthy fossil energy companies solely for the purpose of decarbonizing their lending portfolios and marketing their environmental credentials,” the draft legislation says.

“This model bill proposes a strategy in which states use their collective economic purchasing power to counter the rise of politically motivated and discriminatory investing practices.”

The drive to pass the legislation follows the refusal of major financial firms to fund new oil and gas drilling in the Arctic. Banks and other financial institutions are also under pressure from environmental groups and customers to divest from fossil fuel companies. JPMorgan Chase, Citibank and Goldman Sachs are among those firms to publicly commit to supporting the transition away from oil.

As with anti-BDS laws, any business with more than 10 employees would have to certify that it is not boycotting fossil fuel companies in order to do business with a state government. State funds, such as pensions, will usually be obliged to sell investments in corporations that refuse loans to the oil industry.

Alec’s push comes after the Texas legislature passed a version of the law in June 2021.

That legislation was backed by the Texas Public Policy Foundation, an active member of Alec that is funded in part by Koch Industries, which accused Wall Street firms of “colluding in a coordinated attack against Texas and our way of life” by denying capital to oil firms.

TPPF, which has several members also working inside Alec and maintains close ties to Senator Ted Cruz and rightwing former Texas governor Rick Perry, then pushed for the law to be adopted by other states.

Jason Isaac, a former Texas state legislator who now heads TPPF’s initiative to defend the oil industry, sent a memo to participants in the Alec meeting in San Diego in which he criticised “woke” banks and other financial institutions he accused of “colluding to deny lending and investment in fossil fuel companies”.

“The following model policy is based on anti-BDS legislation supported by ALEC regarding Israel and was recently passed in Texas to include discrimination against fossil fuels. Voting for this model policy, and encouraging more state legislatures to adopt it, will send a strong message that the states will fight back against woke capitalism,” the memo said, which was obtained by Alex Kotch of the Center for Media and Democracy.

In January, Texas Lieutenant Governor Dan Patrick asked the state comptroller to put BlackRock, which manages an estimated $10tn worth of assets, at the top of its list of blacklisted companies because he said its pledge to work toward decarbonising the energy sector “will destroy the oil and gas industry and destabilize the economy worldwide”.

Patrick accused BlackRock chairman and CEO Larry Fink and his executives of making reassuring statements in private by saying the company “was committed to Texas and Texas’s vast energy footprint” but taking a different position in public by pledging to pressure energy firms to work toward net zero.

BlackRock, which stands to lose about $20bn in Texas public sector pension funds, in fact remains a significant shareholder in oil and gas companies through index funds.

“BlackRock does not boycott energy companies,” it said in a statement to the Guardian. “We do not pursue divestment from oil and gas companies as a policy. We expect to continue to be invested in these companies and will work with them as they drive the energy transition to maximize long-term value for our clients. Our primary concern with the law is the potential negative consequences it could have on current and future Texas pensioners.”

The anti-BDS legislation has faced criticism and legal challenges. Several states were forced to amend anti-BDS laws to restrict them to larger companies after courts ruled that requiring individuals to sign pledges not to boycott Israel intruded on free speech rights. Kansas revised its law in 2018 after a Wichita teacher brought a federal lawsuit in response to being told to sign a pledge not to boycott Israel in order to keep her job. The city of Dickinson, Texas, dropped a similar requirement for residents applying for hurricane damage relief after an outcry.

• This article was amended on 9 February 2022. An earlier version suggested there had been a legal challenge in Dickinson, Texas, after residents seeking financial help for hurricane repairs had to pledge not to boycott Israel; while that requirement was criticized as unconstitutional, it was dropped without legal action shortly after coming into effect. 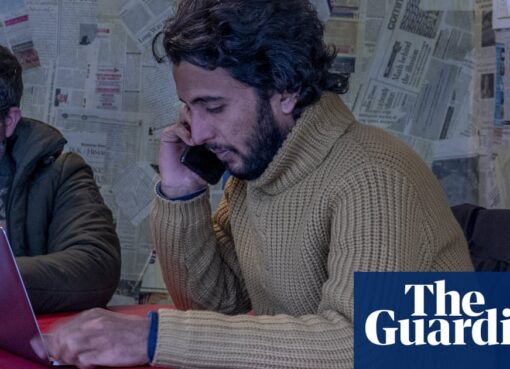 A prominent journalist has been arrested under terrorism and sedition laws, as a crackdown on the press in Indian-administered Kashmir continues to escalate. Fahad Shah, the founder and editor of the
Read More

Show caption Migrants heading to Europe are brought back to port after being intercepted in the Mediterranean sea by the Libyan coastguard. Photograph: Yousef Murad/AP Migration Europe silent on pligh
Read More 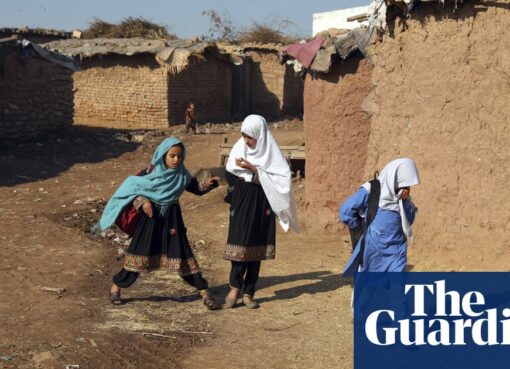