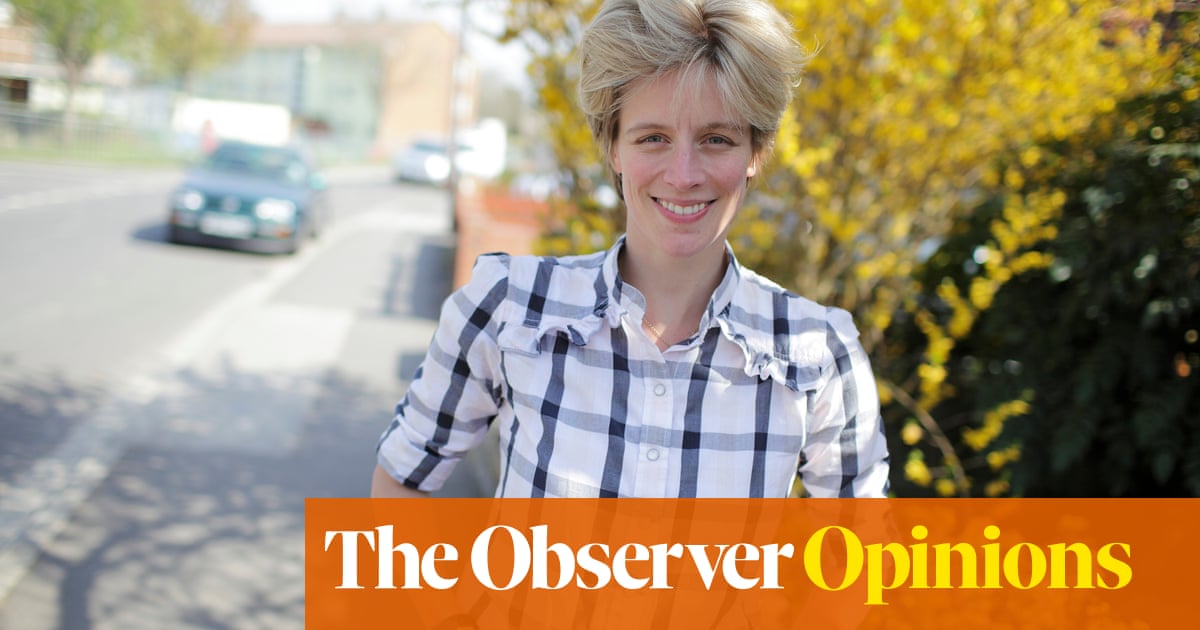 Charlotte Leslie has been hit with threats that would have broken a lesser woman. The former Conservative MP for Bristol North West crossed a Tory donor, Mohamed Amersi. Now she has learned what journalists and whistleblowers already know: when you challenge the moneyed elite, oligarchical Britain’s legal system will throw you into “a world of pain”.

“We both know you’re in a great deal of trouble,” Carl Hunter OBE, a party fixer and adviser to Tory ministers told her in February 2020. “I think you need to consider your position, as in being able to walk the dog at night, being able to sleep well at night.”

In the unlikely event she had missed his meaning, the recordings Leslie made to protect herself show Hunter telling her: “Mohamed feels somebody has written an anonymous letter.

“You’re looking into a world of pain on this… If you are not careful this will keep you up at night, monopolise your life, for as long as it lasts.”

He met Leslie in her capacity as the director of the Conservative Middle East Council, an influential group that promotes better relationships with a region that is both strategically sensitive and, of course, awash with oil wealth.

Amersi and Leslie discussed in March 2020 the possibility of Amersi becoming its chair. After Leslie and the council’s president, Nicholas Soames, decided not to work with him, Amersi set up a rival organisation. Leslie and Soames sent a private due diligence note setting out their concerns to Ben Elliot, the Tories’ co-chair, and to a handful of political and intelligence sources: this is apparently the “anonymous letter” Hunter referred to in his threatening phone calls. Although we do not know its contents, Leslie said she compiled it from publicly available sources. Amersi said its claims were “defamatory and inaccurate” and Leslie was “damaging his reputation” in the eyes of the people who mattered most to him.

In a Commons debate on Thursday about the ability of the extremely wealthy to abuse the law, David Davis noticed Amersi had announced that he was “driven by a desire to create a world that’s better for everybody. Let’s test that against public domain facts, shall we?”

In 2002, while Amersi was a solicitor, Mr Justice Peter Smith described Amersi’s conduct as “lamentable” and his evidence as “unreliable”, “unconvincing” and “unsatisfactory”. In 2005, Amersi made £4m helping a Luxembourg company buy a Russian telecoms business. The following year, a Swiss judge concluded the company was secretly owned by what Davis described as a “top crony” of Vladimir Putin. As the Guardian and the BBC reported, the Pandora papers showed Amersi was involved in the structure of a deal for the Swedish firm Telia that was later found to include a $220m (£162m) bribe for the daughter of the then president of Uzbekistan. (At the time, Amersi’s lawyers said he had “no reason” to believe it might be a bribe and that the underlying arrangements for the deal had been put in place before his involvement.) Despite all this information being publicly available, Davis concluded, “Amersi has used his wealth and influence to try to bully Charlotte Leslie into silence”.

The taped calls from Hunter, revealed last week by Simon Walters of the Mail, are horrible to hear. Leslie is desperate to escape from the “world of pain”. At one stage, she offers to apologise if that will get Amersi off her back, but her contrition does not satisfy Amersi or his lawyers.

Wealth, monarchy, government and law mix so thoroughly that the boundaries disintegrate into a foaming broth

Amersi told the Observer he condemned “any language that was threatening”. As far as he was concerned, Hunter was an honest broker trying to settle a dispute. He told the Mail that Leslie was “trying to portray herself as the victim when the reverse is true” and that MPs had “hidden behind parliamentary privilege to recycle false allegations”.

Meanwhile, Hunter told the Mail “he did not recollect” suggesting it would not be safe for Leslie to go out at night. He said he was trying to help her. The Metropolitan police are examining allegations of malicious communications and harassment.

No one, however, can deny the scale of the legal pressure rich men can apply in the UK. Charlotte Leslie has had scores of threatening legal letters from Amersi’s solicitors, Carter Ruck. In a pattern familiar to Carole Cadwalladr, my colleague who investigated the Leave campaign, Catherine Belton, the exposer of Putin’s cronies, and Tom Burgis of the Financial Times, who examined the power of a Kazakh mining conglomerate, Amersi is suing Leslie personally, along with her employer.

First, he alleged that Leslie had breached his rights under the Data Protection Act. As David Davis said: “Usually, the information commissioner deals with such disagreements, but when a rich man wants to silence and destroy someone, they go to the courts.” Mrs Justice Tipples threw out his case, saying that Amersi and his lawyers had not “taken the trouble to follow the correct procedures”. Undeterred, Amersi is bringing another data protection case and is threatening a libel action, not only against Leslie but against colleagues on the council who have stood by her.

During the Commons debate, the Conservative MP Julian Lewis told a hapless government minister that Leslie was threatened with financial ruin for checking whether someone who “wanted to take over a political organisation within the Conservative party was clean or dirty”. If the minister could not understand why Leslie and people like her needed protection, “then he needs to… restudy his brief”.

The minister said the government would respond. But I don’t see how it can. The Conservative party is the beneficiary of a system Amersi himself described as “access capitalism”. He paid money to Ben Elliot whose Quintessentially “concierge” company provides the super-rich with any luxury they desire. Elliot is Prince Charles’s nephew and Amersi went on to become a trustee of the Prince’s Trust. Like hedge fund managers and Russian oligarchs, Amersi and his Russian-born partner, Nadezhda Rodicheva, have donated lavishly to the Tory party.

Wealth, monarchy, government and law mix so thoroughly that the boundaries disintegrate into a foaming broth. Do not in these circumstances be surprised by the Conservative attacks on rights to vote and demonstrate and threats to destroy the BBC. Oligarchical money is of a piece with oligarchical politic and Charlotte Leslie won’t be the last person it sends into a world of pain. 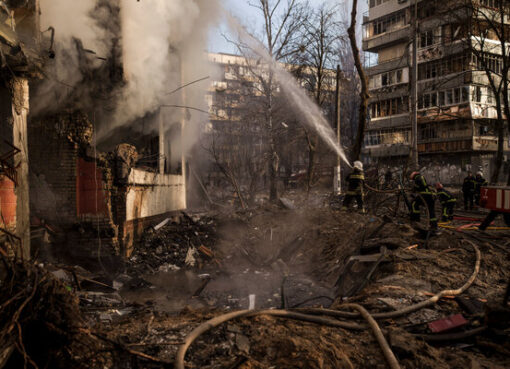 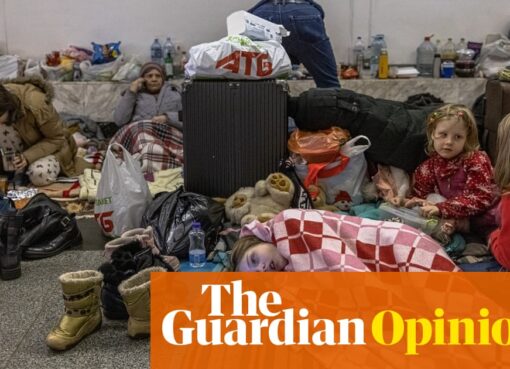 Putin has a history of atrocities. Just how far will Russian forces go in Ukraine?

Show caption ‘What can be done to stop a worsening spiral of indiscriminate warfare that would endanger countless Ukrainian civilians?’ People shelter from Russian attacks in a Kyiv underground statio
Read More 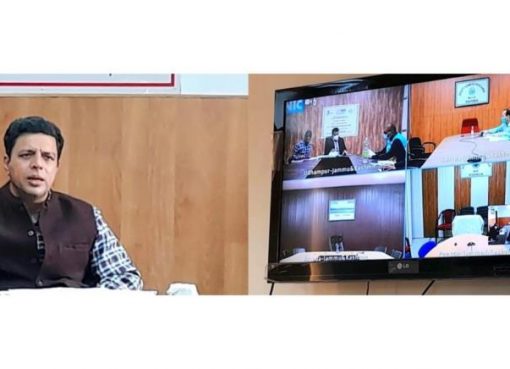