Thomas venerated his grandfather, Myers Anderson, who was as influential in his life as his wife’s mother was in hers, and titled his memoir “My Grandfather’s Son.” But the relationship was often fractious. Anderson, who donated to the National Association for the Advancement of Colored People, “wasn’t happy with his grandson’s choices,” Kevin Merida, now the executive editor of The Los Angeles Times, and Michael A. Fletcher wrote in a 2007 biography, “Supreme Discomfort.” The authors quoted Ketanji Brown Jackson, a Black former clerk for Justice Stephen Breyer whom Biden is now considering for the vacancy being created by Breyer’s retirement. She remembered sitting across from Thomas at lunch and thinking: “ ‘I don’t understand you. You sound like my parents. You sound like people I grew up with.’ But the lessons he tended to draw from the experiences of the segregated South seemed to be different than those of everybody I know.”

Clarence and Ginni met in 1986 at a conference on affirmative action, which they both opposed. After a stint at the civil rights office of the Education Department, he was running the E.E.O.C.; she was an attorney at the U.S. Chamber of Commerce and mused that year to Good Housekeeping about someday running for Congress. She had extracted herself from a New Age-y self-help group called Lifespring, which she would denounce as a cult, but was still attending meetings held by a cult-deprogramming organization, and she took him along to one. He would describe her as a “gift from God,” and they married in 1987 at a Methodist church in Omaha; it was her first marriage, his second. “There’s no other way to politely say this, but the fact she married a Black man must’ve caused an uproar in that family, I can’t even imagine,” said Scott Bange, who dated Ginni in high school. In 1991, one of Ginni Thomas’s aunts told The Washington Post that the future justice “was so nice, we forgot he was Black,” adding, “He treated her so well, all of his other qualities made up for his being Black.”

Thomas had custody of a teenage son, Jamal, from his previous marriage to Kathy Ambush, his college girlfriend. For several years, the couple also raised his great-nephew, Mark Martin. Jamal Thomas, who did not return requests for comment, has spoken warmly, if rarely, of his father on Facebook, writing in a 2015 Father’s Day post: “Dad showed me that you can enjoy all sorts of music. His album collection is legendary. Country, R&B, Classical, Blues, Gospel, Jazz, and yes, even Culture Club. But I kind of compare that to his ability to relate and connect with anyone.”

Together, the Thomases considered themselves happy warriors. If he was estranged in some ways from his own upbringing, he embraced her world, and even became an ardent fan of the Nebraska Cornhuskers. “They have this happy-kindness, Nebraska thing going on,” one longtime friend of the couple’s said. “Ginni can be annoying and obnoxious with the happy talk, but when you’re with her one on one, she can be very kind. And with Clarence too, there’s a kindness too; it’s not just the manipulative happy talk. But there’s an underbelly of pain, and they turn it against other people.”

Clarence Thomas has always maintained that he had to be talked into accepting an appointment to the Court of Appeals for the District of Columbia Circuit when he was nominated as a federal judge in 1989. “I was minding my business,” he said, recounting the story in his remarks at the Heritage celebration. He was championed by Danforth, by then a senator, who said on the Senate floor: “I hope that people would not attack Clarence Thomas because of some stereotype of what they think a Black lawyer should believe.”

Thurgood Marshall announced his retirement from the Supreme Court in 1991, and President George H.W. Bush turned to Thomas. His confirmation hearings, presided over by Joe Biden, then the chairman of the Senate Judiciary Committee, began with an attempt to determine his views on Roe v. Wade. Then, after an F.B.I. report was leaked, Anita Hill, a law professor who worked under Thomas at the Department of Education and the E.E.O.C., testified that he made numerous unwelcome advances, persisted in workplace conversations about his “sexual prowess,” described graphic pornography and said he found a pubic hair on a cola can and asked who had put it there. The future justice flatly rejected the allegations, calling the public inquiry “a high-tech lynching for uppity Blacks who in any way deign to think for themselves, to do for themselves, to have different ideas.”

Asked during the hearing whether he wanted to withdraw, he said, “I’d rather die.” He did not watch Hill’s testimony. “I was the one that tried to watch what was going on for as long as I could,” Ginni Thomas said in a 2020 documentary on Justice Thomas’s life and legal philosophy, “Created Equal,” made with the Thomases’ participation and funded by the far-right Charles Koch and Bradley Foundations. “It was all so wrong,” she continued. “It was so untrue.” When Biden informed Thomas in a phone call that he would vote against him, he tried to reassure him about the process. As she listened in, Ginni Thomas took a spoon from a kitchen drawer and pretended to gag herself, her husband later recounted. (Biden was also criticized for excluding testimony favorable to Hill and, much later, expressed regret.) Friends and associates said that the couple’s rage over the confirmation battle came to both define and unify them. 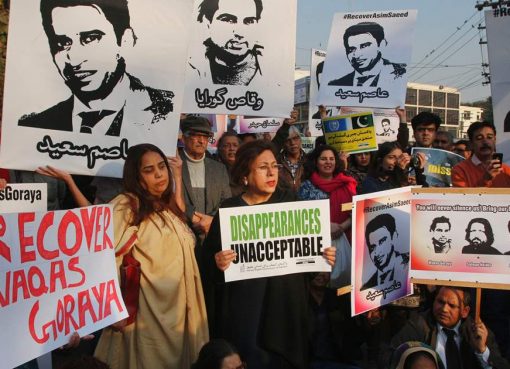 Sindh: A victim of enforced disappearances

Pakistan’s Sindh province is known for its rising cases of enforced disappearances now and 20-year-old Aqib Chandio is just another case where he has been forcibly picked up from the streets.The first
Read More 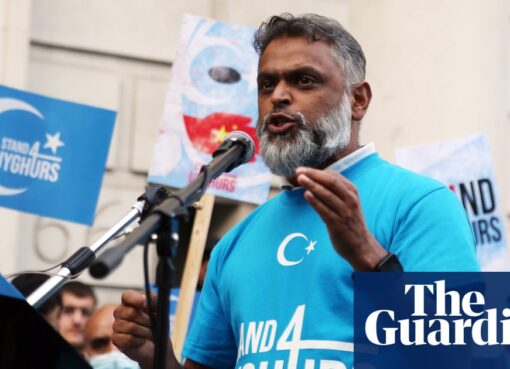