Show caption Trans youth in South Dakota spent the past eight years showing up at the statehouse, getting to know lawmakers, and testifying about anti-trans bills’ impact. Photograph: Jay Pickthorn/AP Transgender Trans kids’ activism kept discriminatory bills at bay in South Dakota – until now Trans youth successfully fought anti-trans bills in the statehouse for years. But the recently signed SB 46 might be a gamechanger Kate Sosin for The 19th Sun 6 Feb 2022 09.00 GMT Share on Facebook

This article is published in partnership with The 19th, an independent, nonprofit newsroom reporting at the intersection of gender, politics and policy. Read the full version here.

South Dakota state senator Wayne Steinhauer got to know Elliot James Vogue, a transgender teen in his district, over the course of two years. Vogue shared his dreams for the future with the lawmaker, and transitioned — both in gender and age — before Steinhauer’s eyes.

But last month, Steinhauer — who previously played a key part in halting anti-trans legislation — voted for Senate Bill 46, banning trans girls from playing on girls’ sports teams in the state. The senate passed the bill 26-7, and the house followed suit, voting 50-17 to advance it. Gov. Kristi Noem inked SB 46 into law on Thursday.

Vogue, who moved to Iowa for college, was unable to testify against SB 46.

“I suppose it’s easier to vote for a bill against trans rights when the trans rights activist in your district moves away,” Vogue said. Steinhauer did not respond to requests for comment from The 19th.

State legislators have had plenty of opportunities to get to know trans youth in their districts. In the past eight years, the state has considered 34 bills that would limit the rights of LGBTQ+ people, the majority of them aimed at trans kids, according to the ACLU of South Dakota.

Year after year, kids like Vogue have piled into cars and buses bound for Pierre, the state capital. They have knocked at the doors of their senators and representatives, sat on the floors during crowded committee hearings with their parents and called legislative offices week after week.

“Some of these youth have fought these bills every year of their entire adolescence,” said Carl Charles, an attorney for Lambda Legal who challenges anti-trans bills in court. “You can no longer say you don’t know any young people in this situation.”

Advocates say that sets South Dakota apart from other states. It is also, they say, what makes SB 46’s passage so significant.

SB 46 looks a lot like other bills passed over the past two years that aim to block transgender kids, trans girls in particular, from playing sports. From Texas to Montana, nine other such bills have passed in states across the US since the start of 2020, part of a wave of hundreds of other anti-trans bills that have been proposed throughout the country.

When South Dakota’s Republican-led legislature considered another anti-trans sports bill last year, Vogue testified against the measure. Trans advocates told The 19th they couldn’t find a trans girl in the state to testify, which they say demonstrates how the bill had been crafted to target a nonexistent issue.

Noem specifically requested South Dakota’s bill. In her state of the state address this January, she argued for making the rule state law.

“Freedom and liberty are about self-determination and the right to achieve — to reach our fullest potential,” Noem said. “But there is a troubling movement in our society. Our young girls are having their freedom to achieve taken away by schools and organizations that are changing the rules of the game in competition.”

Trans youth in South Dakota helped successfully defeated bill after bill for eight years by showing up at the statehouse, introducing themselves to the Republican-dominated general assembly and stepping up to the mic to testify.

Republicans hold power in the Senate, House and the governor’s mansion. But South Dakota’s trans community is particularly organized. Trans youth and their parents have found community and support through the local nonprofit the Transformation Project. That community has made themselves known in recent years, going toe-to-toe with anti-LGBTQ+ activists at every turn.

Since 2020, Percival Ereth has been the target of harassment and bullying, in part because they fought anti-trans bills so publicly.

“I find that most trans people in South Dakota … grow up too fast or are emotionally delayed from how traumatic it is,” Ereth, who is 19, said. “I won’t lie, I’m tired. We all are.”

On February 10, 2020, Ereth and Vogue both woke up before dawn to board a bus of community activists bound for the capital in opposition to House Bill 1057, which would have restricted young trans people like them from getting gender-affirming medical care. Vogue arrived at the chamber desk of Steinhauer, his senator, and begged him to vote against the bill in committee. He explained that he wanted the same things as other kids.

The activism takes its toll. Ereth cried through the committee hearing and eventually left the room.

But their efforts paid off. Steinhauer voted with a group 5-2 to kill the bill in committee. Two years later, 18-year-old Vogue can’t remember the number of times he lobbied Steinhauer on anti-trans bills. He isn’t surprised by the senator’s vote this time around, but he is “disappointed and disgusted with [Steinhauer’s] decision.”

For many advocates, the passage of SB 46 changes the game, Charles said.

“Some of the talking points over the years with regard to trans people and our rights has been, ‘Well, if people can just get to know trans people … then these things wouldn’t happen, these bills wouldn’t pass,”’ Charles said. “The sobering piece of this for us is in some cases that’s just not going to be true.”

Libby Skarin, campaigns director for the ACLU of South Dakota, North Dakota and Wyoming, said South Dakota’s trans rights advocates had surprised the nation by winning their fights every time since 2014.

“No one thought South Dakota was a state where this could be stopped,” Skarin said. “I think the fact that we have consistently stopped these bills has been a source of hope for folks, like if they can do it in South Dakota, we can do it in our state.”

But Skarin said the odds in 2022 were simply too great for advocates, trans kids and their parents.

Threats of boycotts and costly litigation have often halted anti-LGBTQ+ bills at the 11th hour. North Carolina was forced to repeal its 2016 anti-trans bathroom bill in the face of catastrophic economic losses from boycotts that the Associated Press totaled would cost the state $3.76 billion. South Dakota lawmakers had frequently cited boycotts as a source of anxiety when weighing their own anti-trans bills.

In 2017, then-South Dakota Gov. Dennis Daugaard vetoed a bill that would have prevented trans kids from using bathrooms and locker rooms that aligned with their genders. Noem, who publicly backed anti-trans bills, also vetoed an anti-trans sports bill in 2021, citing the threat of litigation from the NCAA.

It’s too early to know if the sports bills will have economic consequences. Trans advocates have criticized new rules adopted by the NCAA for transgender athletes which allow each sport to determine eligibility of trans athletes.

“Trans kids have become a political bargaining chip,” Skarin said. “That is just a lot to grapple with.”

Advocates worry that the bill will have disastrous consequences for gender-diverse youth in the state. A recent poll released by LGBTQ+ youth suicide prevention organization the Trevor Project reported that 85 percent of trans and nonbinary youth said debates in state legislatures of trans rights have negatively impacted their mental health.

Rev. Dr. Lauren R. Stanley, Canon to the Ordinary for the Episcopal Diocese of South Dakota, has worked with two-spirit youth for 20 years. Around 9% of the state’s population is indigenous. (Two-spirit is a term used by some Indigenous people to describe gender diverse people.) Last year, Stanley testified and told lawmakers that if they passed such a bill, she wanted them to attend the next funeral she would have to preside over for a two-spirit youth.

“It’s hard enough being Native in this state where you’re a targeted minority anyway,” she said. “But to be a two-spirited youth in this state, and to have the legislature spend all this time talking about how evil you are and telling you you can’t use a bathroom and you can’t play a sport, is a mind-bending oppression.” 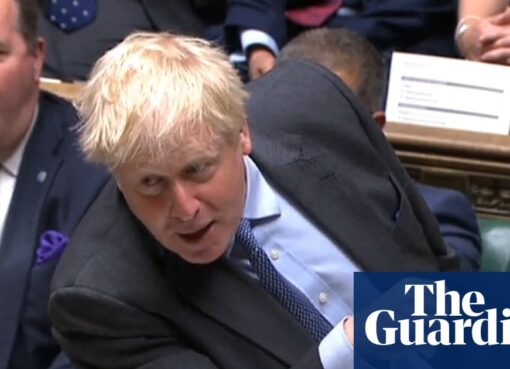 Our outrage over Rwanda deportation policy is just what ministers want