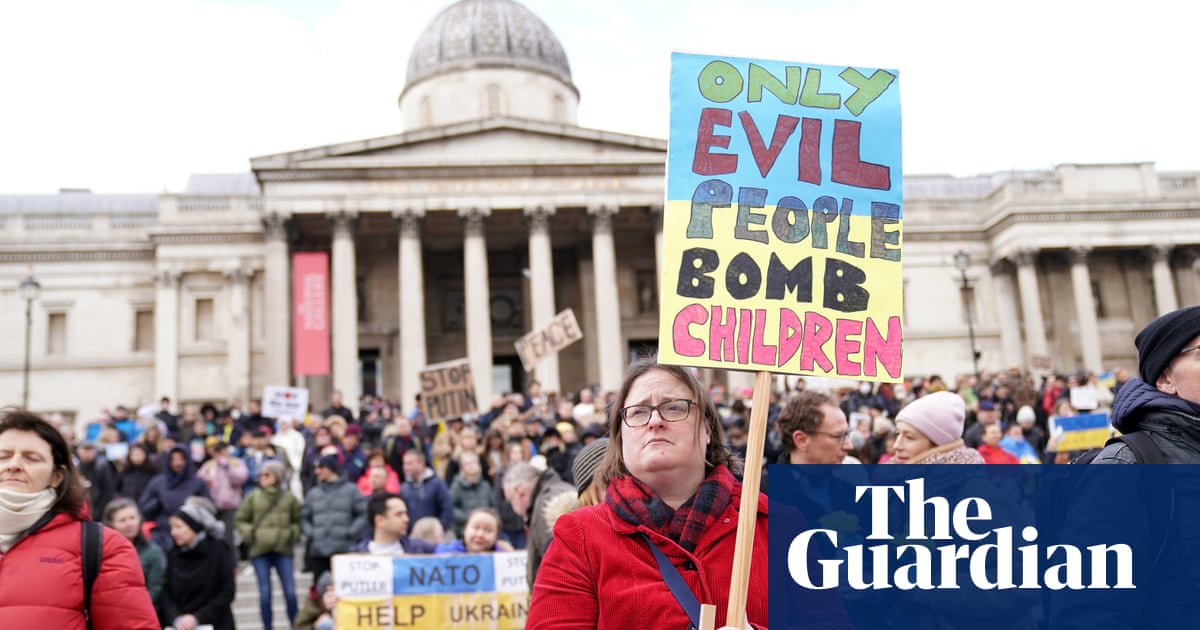 Show caption A demonstration in London’s Trafalgar Square to denounce the Russian invasion of Ukraine. Photograph: Kirsty O’Connor/PA The conflict between a just war and peace Letters Readers respond to articles by Andy Beckett and the Stop the War coalition on how pacifists are being demonised over the war in Ukraine Sun 6 Mar 2022 16.45 GMT Share on Facebook

Andy Beckett (Pacifists are being elbowed out of British politics just when we need them most, 3 March) appears to think that we have the choice either to be pacifists or to have to “accept that the world is divided into two camps” – the liberal west and a totalitarian Russia. This is nonsense. It is possible to recognise that Ukraine requires the imposition of sanctions on Russia by the west and a ready supply of western arms and money to defend itself, without believing that the west has suddenly transmogrified into a sainted power bloc, cleansed of all past sins. To choose pacifism in the current circumstances is to opt for a groundless idealism over realpolitik. Ukrainian self-determination needs guns and money.

To stand against the demand to arm Ukraine is to stand for Ukraine’s defeat. If Stop the War believes that there is nothing progressive about Vladimir Putin’s Russia, then it should want his invasion driven back and his regime’s financial lifeline choked off. Laughably, some on the left have even dragged out the old “the main enemy is at home” slogan – as if the UK was actually at war with Russia rather than simply seeking to support Ukraine.

Believing that it’s necessary to oppose Putin’s attempt to drown Ukraine’s right to exist doesn’t mean turning a blind eye to Boris Johnson’s venality or to the proto-fascist leanings of Poland and Hungary, or to alibi the US’s own history of bloody anti-democratic interventions. Right now, though, calling for no sanctions against Russia and no arms to Ukraine means calling for Putin’s victory and its devastating consequences. Orwell was right in 1942 and he would say the same now. Faced with the current circumstances: “Pacifism is objectively pro-fascist.”

• Andy Beckett’s argument is full of contradictions. He claims that Stop the War upholds the right of the Ukrainian people to “self-determination” as well as Russia’s security concerns. What planet is he on? Russia has invaded a peaceful sovereign democracy and is bombing indiscriminately, killing civilians as well as attacking a nuclear power station. Keir Starmer was right to threaten to expel the Labour MPs who signed a Stop the War statement. Let’s hope that none of them ever become foreign secretary. We all want a just peace.

• It was a relief to read Andy Beckett’s warning about attempts to silence voices for peace. Guns and bombs have always been the foundation of UK foreign policy, and since the country’s acquisition of atom bombs, the two main parties have held the line together. It is pitiful therefore that Labour MPs who expressed their views by signing a letter should be threatened with expulsion (Report, 2 March). I long to live in a country that focuses its foreign policy on cooperation to end war and poverty, and to save our species from extinction, whether by nuclear war or climate change.

• Andy Beckett’s article has some resonance for me on how we challenge oppression. War is the ultimate oppressive force and those who lead us into it are the ultimate oppressors. Pacifists are activists. We do not stand back in our opposition to oppression, we stand firmly against it. Oppression grows when violence, militarism and war are the mechanisms that we use against it. Stop the War is challenging the oppression of war actively and incisively: it is not sitting on the fence, it is not giving succour to “our enemies”, it is making a stand for human freedom and crying out that another way is possible.

• While peace is nearly always preferable to war, sometimes there is a case for a just war, as argued by the Catholic philosopher Thomas Aquinas. The best example of this was the second world war to defeat fascism. Arguably, the same applies to efforts to defeat Vladimir Putin in Ukraine. I have supported Stop the War previously, when I marched against the Iraq war. But it is misguided on Nato expansion and arming Ukraine. Nato responded to requests from former Soviet satellites to join because of their fears of Russia. Russia’s war of aggression against Ukraine shows the wisdom of these requests.

By arming Ukraine, Nato can at least give it a fighting chance of defending itself without being drawn into a direct conflict with Russia that would spark a war engulfing the whole of Europe.

• Lindsey German’s article (We at Stop the War condemn the invasion of Ukraine, and warmongers on all sides, 4 March) is full of the misinterpretation of history. She refers to the breakup of the Warsaw pact and says Nato should have also been dissolved. But the pact was never a partnership of equals. It was a Russian empire. Diplomacy down the barrel of a gun. Nato wasn’t formed to defend against the Soviet Union. It was formed to defend against Russia and its vassals.

As soon as the countries that had been invaded by Russia saw a chance for freedom they ran to Nato and the EU in the rightful belief that one day Russia would try to re-subjugate them. Stop the War restates Russian claims that Nato is a threat, but it poses no threat to Russia, only to Russian imperialist ambitions.

Nobody is a “war enthusiast”. But faced with a bloodthirsty invader, Ukraine has no option other than to defend itself and we have a moral responsibility to assist it.

Should we sit back and allow this atrocity? Putin’s stated objectives allow no room for diplomacy. No country can accept an ultimatum to become the vassal of another. Self-defence is no offence. 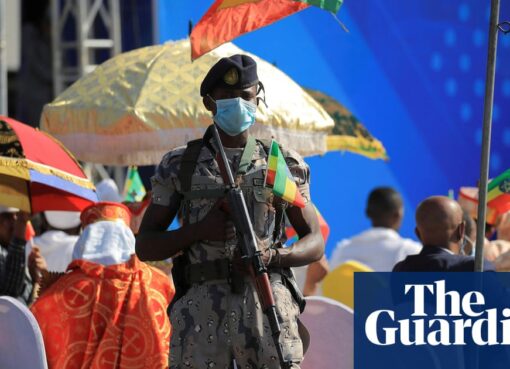 More than 4,000 arrested in Amhara as Ethiopia cracks down on militia

Ethiopia has launched a sweeping crackdown against an influential armed militia in its Amhara region that has led to the arrest of more than 4,000 people, including journalists, activists and a former
Read More 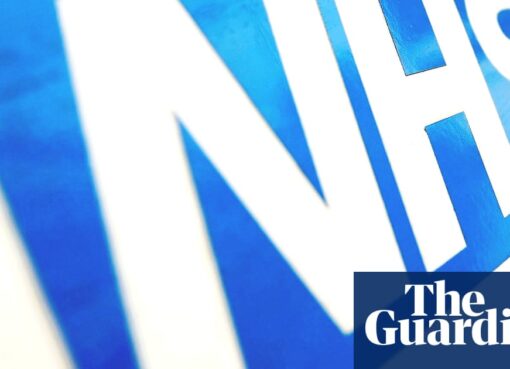 Patients will be endangered by flaws in health bill, says NHS ombudsman

Show caption Rob Behrens fears he and his staff will not be able to get to the bottom of clinical blunders due to new rules. Photograph: Dominic Lipinski/PA Health policy Patients will be endangered b
Read More 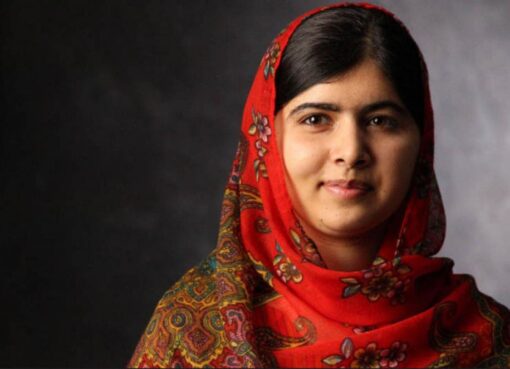