A trio of bison has gathered around a fourth animal’s carcass, and Jimmy Doyle is worried.

“I really hope we’re not on the brink of some disease outbreak,” said Doyle, who manages the Wolakota Buffalo Range here in a remote corner of south-western South Dakota in one of the country’s poorest counties. The living bison sidle away as Doyle inspects the carcass, which is little more than skin and bones after coyotes have scavenged it.

“If you don’t catch them immediately after they’ve died, it’s pretty hard to say what happened,” he said.

So far, at least, the Wolakota herd has avoided outbreaks as it pursues its aim of becoming the largest Indigenous American-owned bison herd. In the two years since the Rosebud Sioux tribe started collecting the animals on the 28,000-acre range in the South Dakota hills, the herd has swelled to 750 bison. The tribe plans to reach its goal of 1,200 within the year.

“I thought we had an aggressive timeline on it, but the thing’s gotten a lot of support,” said Clay Colombe, CEO of the Rosebud tribe’s economic development agency. “It’s been a snowball in a good way.”

With their eyes on solving food shortages and financial shortfalls, restoring ecosystems and bringing back an important cultural component, dozens of Indigenous tribes have been restoring bison herds. Tribes manage at least 55 herds across 19 states, said Troy Heinert, executive director of the InterTribal Buffalo Council.

The pandemic, which has hit tribes particularly hard, added to the urgency of bison restoration, said Heinert, who is also the minority leader in the South Dakota state senate. The first animal harvested by Wolakota helped feed homeless residents of the Rosebud Sioux reservation.

“It did highlight the fact that many of our areas on tribal lands do have some kind of food insecurity,” he said. “When trucks stopped coming in, it was rural and reservation communities that got hit hardest. Our people don’t have the ability to travel long distances to find new food sources.”

Millions of bison, also referred to as the buffalo although they are different animals, once roamed the US. Photograph: CampPhoto/Getty Images

Although the words are used interchangeably, bison and buffalo are different animals. Bison – named the US’s national mammal in 2016 – are found in North America and Europe, while buffalo are native to Asia and Africa.

“I used to be a stickler for calling them bison, but I’ve heard them called buffalo a lot around here,” said Doyle, who is also a wildlife biologist. “I feel like it rolls off the tongue more easily, and it’s just fun to say.”

Millions of bison once roamed the US, but they were hunted nearly to extinction in the 19th century, partly to suppress Indigenous Americans as they were forced on to reservations. In many areas, bison were replaced by cattle, which overgrazed the western US and killed off native vegetation.

Indigenous American leaders are hoping Congress will help tribes bring back the bison. The Indian Buffalo Management Act, modeled after a bill that provided federal help to fishing tribes, was passed by the House in December and is awaiting Senate approval.

“For Indian tribes, the restoration of buffalo to tribal lands signifies much more than simply conservation of the national mammal,” said Ervin Carlson, president of the InterTribal Buffalo Council, at a House hearing last year. “Tribes enter buffalo restoration efforts to counteract the near extinction of buffalo that was analogous to the tragic history of American Indians in this country.”

Not all the tribes that would benefit from the federal funds are in places where buffalo previously roamed. The Alutiiq tribe on Alaska’s Kodiak Island has been raising bison since 2017 to combat food insecurity. The tribe has nearly 90 animals – including three bulls from Yellowstone national park that were sent part of the way via a specially outfitted FedEx plane – and expects to reach at least 150 this year, said herd manager Melissa Berns.

“People are excited to be able to harvest right in our own back yard,” she said. “It’s clean meat and we know exactly where it came from.”

While food security is most often cited as the reason for the recent interest in bison, tribes also hope that returning bison to the land will restore ecological balance. At Wolakota, for instance, bison have been eating the yucca plants that became plentiful after native grasses disappeared, tearing them up by the roots and allowing grasses to return. The grass regeneration increases carbon capture.

The bison also is tightly connected to the culture of Great Plains tribes such as the Sioux. The animals provided food, tools and shelter for Indigenous people, and some tribes consider them to be family.

“It’s a powerful feeling bringing our relatives home,” said TJ Heinert, Troy’s 27-year-old son, who lives on the Wolakota range with his family and helps manage it. On a recent winter morning he was dressed in camouflage as he prepared to hunt coyotes as part of a tribal benefit for his mother, who is recovering from cancer surgery.

“If our buffalo nation is healthy, we’re healthy,” he said.

It takes a lot of work to keep that buffalo nation healthy. Doyle and TJ spend hours each day crawling over dirt roads that test the suspension on their trucks.

“It’s bumpy out here,” Doyle said as he navigated his truck through rolling hills dotted with running coyotes. “It will really rattle your kidneys if you spend a full day bumping around.”

Doyle’s work for much of the past two years has included replacing 40 miles of fences to keep neighboring cattle ranchers happy. Another 40 miles will be replaced or added this year. In the winter, employees must constantly chop up frozen watering holes with axes to keep the animals hydrated. About once a year the bison need to be vaccinated against an array of diseases and the females checked for pregnancy.

As with grass-fed cattle, the bison are herded from one pasture to another to prevent overgrazing. On a recent day, nearly all the animals were confined to a 2,000-acre pasture, except for a few “ornery” bulls that Doyle said had been reluctant to move with the rest of the herd and were left behind.

“We’re trying to strike a balance of letting the buffalo express their natural behaviors, making sure they have plenty of room to roam,” Doyle said as he drove toward a group of about two dozen bison, “and being able to manage where they’re grazing so we can make sure we’re still improving the range health and habitat quality for other wildlife.”

With millions of dollars donated to the project in the past two years, the Wolakota herd has grown quickly. That growth has been aided by donated animals from at least nine sources, most of them federal wildlife refuges and national parks. Doyle expected to bring in 60 additional bison from Montana in the coming days.

“I think the rapid growth of this project is a sign of how much support there is for projects like this,” said Dennis Jorgensen, who coordinates the World Wildlife Federation’s bison initiative and has helped Wolakota get off the ground. “I really think there’s an energy among the American people to return bison to the native people.”

As part of an intimidation campaign, two brothers of US-based Journalist Eset Sulaiman have been detained by the authorities in China’s Xinjiang to prevent preventing him from reporting on rights abus
Read More 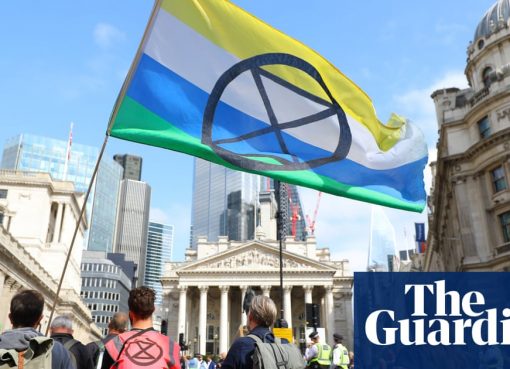 When police drew batons and scaled a vintage open-top bus in London Bridge on Tuesday, it symbolised a dramatic shift in the state’s approach to Extinction Rebellion. Police officers smashed windows
Read More 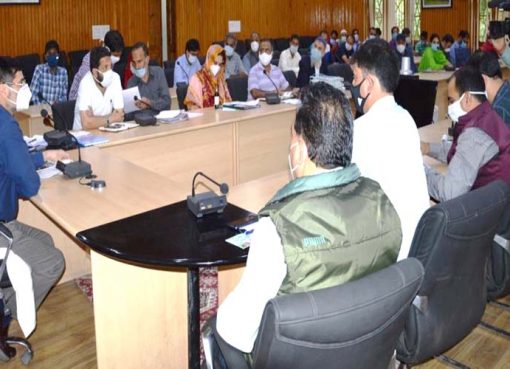