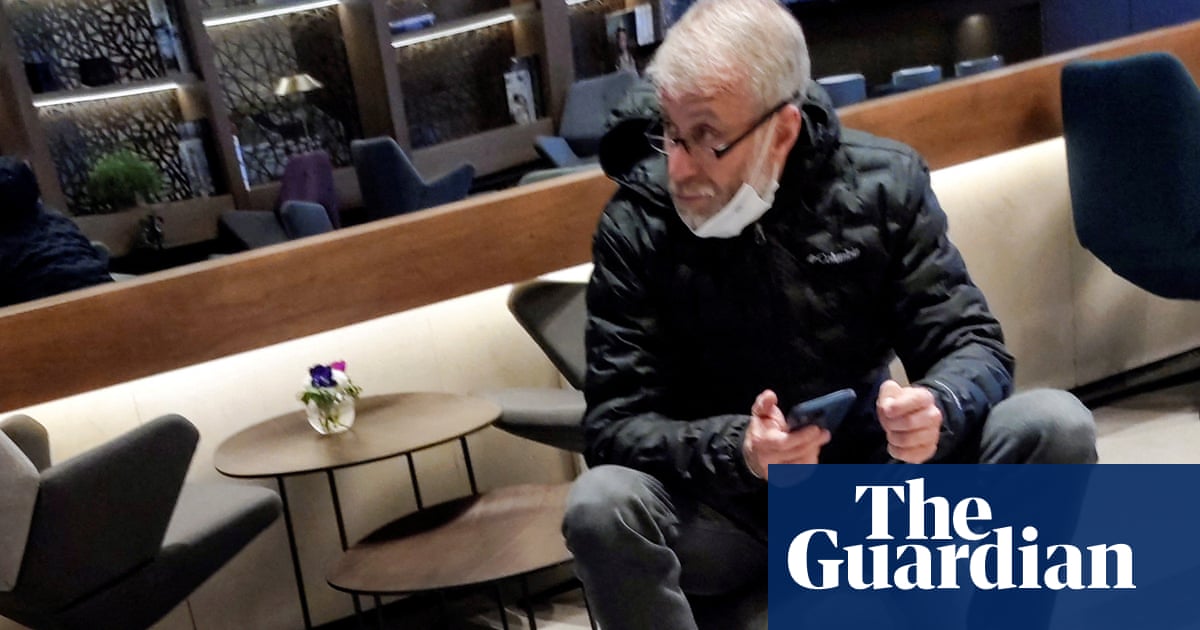 Roman Abramovich, the billionaire owner of Chelsea FC who was subjected to sanctions by the UK government last week, has been spotted at a VIP lounge at an airport in Israel.

One of seven Russians who had their assets frozen last Thursday in an attempt to ratchet up the pressure on Vladimir Putin after the invasion of Ukraine, Abramovich was seen in Tel Aviv’s Ben Gurion airport on Monday shortly before a jet linked to him took off for Istanbul.

A photograph obtained by Reuters showed the oligarch sitting in the airport’s VIP lounge with a face mask pulled down over his chin. The news agency said it could not independently verify if he boarded the flight to Turkey.

The sanctions against Abramovich – brought in years after campaigners first raised concerns about his ties to the Russian president – have come amid a wider western crackdown on the country’s wealthy business elite.

One source told Reuters the plane used by Abramovich flew into Ben Gurion late on Sunday from Moscow. The flight-tracking website Radarbox said the aircraft, which has the tail number LX-RAY, took off on Monday for Istanbul.

Israeli restrictions imposed on private jets since the invasion of Ukraine meant it could not remain on the ground for more than 24 hours. A British transport ministry source told Reuters on Friday that the UK was searching for helicopters and jets belonging to the oligarchs named in last week’s sanctions.

Abramovich was targeted because the UK government’s Office of Financial Sanctions Implementation suspected that a steel company he had effective control of, Evraz plc, supplied steel to the Russian military to produce tanks.

Abramovich, who also holds Israeli and Portuguese citizenship, has denied having close ties to the Russian president.

In the wake of sanctions being imposed, Russian oligarchs have reportedly fled western capitals, including London, where they have business links and homes, with the country’s wealthy elite said to be either returning to Moscow or heading to countries outside the UK, EU and US. Reuters said one of Abramovich’s own yachts, thought to be worth $600m (£460m), arrived in Montenegro’s territorial waters on Sunday.

However, the UK government has faced heavy criticism from opposition MPs for acting too late to stop oligarchs, who became concerned about the threat of sanctions weeks ago, from removing their assets from the country.

Abramovich’s private jet reportedly left the UK in late February. Although he has built up a property portfolio in London, the billionaire has previously said he effectively lives on a plane, splitting his time between Moscow, London and New York. In 2006 he told the Guardian he did not regard the British capital as home, although he said it was his “first choice” of place to be after Moscow.

His UK properties reportedly include a 15-bedroom mansion on Kensington Palace Gardens in central London that was bought for £90m in 2009, and a Chelsea penthouse overlooking the River Thames bought in 2018 for a reported £22m. 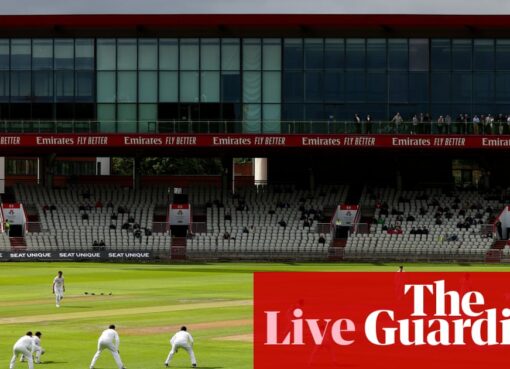 Yorkshire, Lancashire and Derbyshire all fight back: county cricket – as it happened 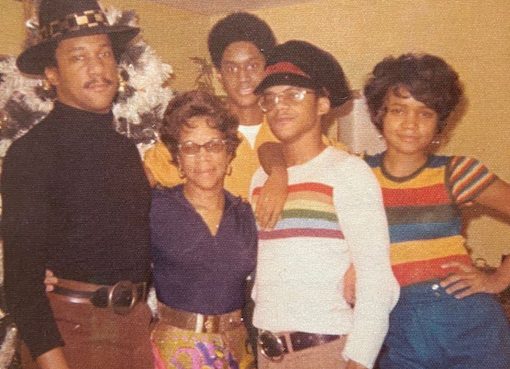