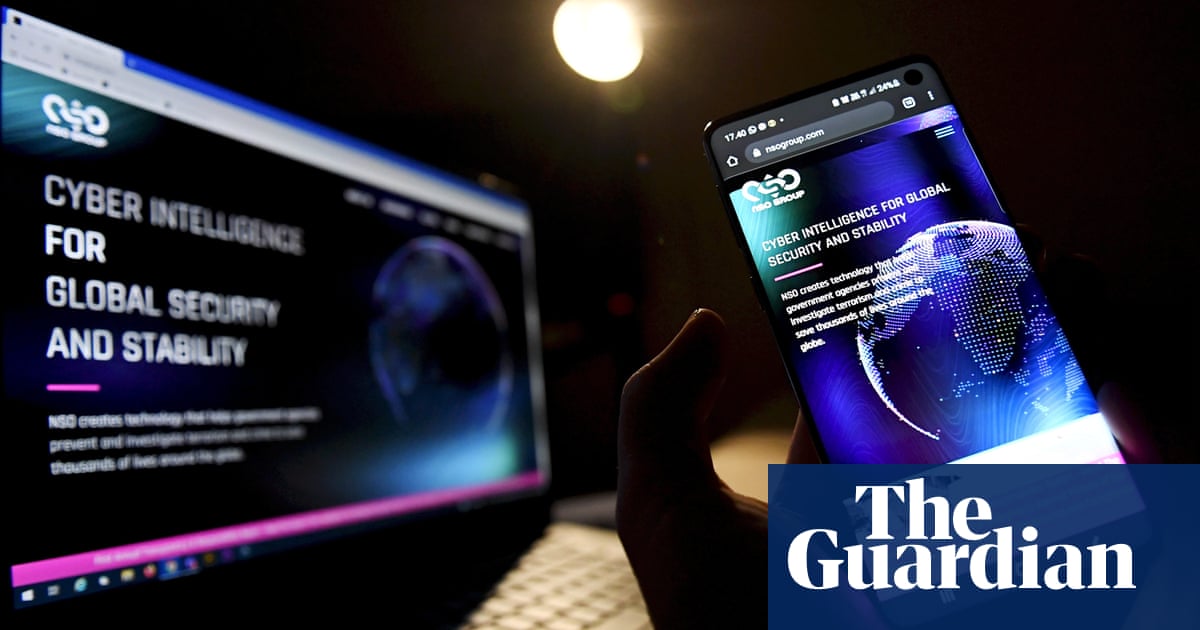 When labour organisers passed a resolution this month calling for Oregon’s $100bn state pension fund to divest from a fund that owns NSO Group, it pointed to ways in which the Israeli company’s intrusive spyware is alleged to have been used in the past to target union members.

“It may seem like a cliche, but an injury to one is an injury to all, and we strongly stand behind that,” said Ira Erbs, a part-time professor at Portland Community College and member of the Oregon chapter of the American Federation of Teachers.

Erbs is part of a growing movement of union members in Oregon who are seeking greater transparency from Oregon’s Democratic state treasurer, Tobias Read, about how public employee retirement funds are invested.

Activists such as Erbs have already pressed Read on the retirement fund’s investments in fossil fuels, and in companies that operate private prisons. Now, they are focused on the Oregon fund’s longstanding indirect investment in NSO, the maker of one of the world’s most sophisticated surveillance technologies.

An investigation into NSO by the Pegasus project, an international media consortium led by the French non-profit Forbidden Stories, reported last year that the mobile phone numbers of dozens of Mexican teachers – part of a faction within Mexico’s politically powerful teachers union – had been targeted for possible surveillance in 2016 by the Mexican government, at a time when the union was expressing objections to proposed government reforms.

The teachers’ numbers appeared on a leaked list of more than 50,000 numbers that were believed to have been selected by NSO’s government clients around the world for possible surveillance.

The presence of an individual’s number on the list does not mean the person was definitely hacked, and NSO has denied that the list is connected to the company’s clients. An examination of dozens of mobile phones that appeared on the list by security researchers at Amnesty International has shown that a large proportion of the mobile phones showed evidence of being targeted or hacked by NSO’s spyware, which is called Pegasus. When successfully deployed against a target, Pegasus can hack into any phone, intercept calls and messages and can turn the phone into a remote listening device by controlling the phone’s recorder.

“We want to send a message to our treasurer that this is unacceptable, that we’re not willing to be a party to supporting this kind of behavior,” Erbs said.

Oregon pensioners have indirectly been invested in NSO since 2014, when the then Israeli startup was taken over by a fund controlled by Francisco Partners, a US firm that had received tens of millions of dollars in investment from the Oregon retirement fund.

The Oregon fund has sought to distance itself from NSO. It has repeatedly said in response to questions from the Guardian that the Oregon treasury is a limited partner in private equity partnerships, and therefore does not “control” investment decisions by external managers. It has also said it is “deeply disturbed by reports about developments concerning NSO Group”.

But a report by the Guardian earlier this year revealed that a senior official at the pension fund named Michael Langdon signalled his strong support for the takeover of NSO by Novalpina as early as 2018, months before the deal was finalised and announced.

The fund appears to have given his tacit approval at a time when security researchers at Citizen Lab at the University of Toronto and Amnesty International were already publicly raising alarms about the company and how its hacking software was being used by government clients to facilitate human rights abuses.

NSO was placed on a US blacklist last year after the Biden administration said it had evidence that the company had supplied spyware to foreign governments that used the tools to “maliciously target government officials, journalists, businesspeople, activists, academics, and embassy workers”.

A spokesperson for Read, who is running for governor, issued a statement in December supporting the administration’s decision, saying that the treasurer supported the sanctioning of technology companies that “facilitate human rights violations and the oppression of journalists by selling technology to authoritarian regimes.”

A resolution supported both by the Oregon branch of the AFL-CIO, a federation of unions, and AFSCME, which represents thousands of state and local workers in Oregon, has called for the “immediate and complete” divestment of state pension funds from the fund that owns NSO once “suitable alternatives” are identified. NSO was recently downgraded by Moody’s, the credit agency, at eight levels below investment grade, and is at “severe risk” of defaulting on $500m in debt, making it an “unsound investment”, the resolution stated.

For Sravya Tadepalli, a board member of Hindus for Human Rights and a member of AFSCME, who first raised the issue of NSO, the resolution that was agreed hits back at a statement Read made previously about controversial investments, how “politics” ought not to interfere with the management of the fund, and protecting retirees’ returns.

“What this resolution does is it essentially takes away that argument. Because if all these unions are saying, ‘No, we care about rights abroad and this is meaningful enough for us to support divestment,’ it takes away the ‘politics shouldn’t affect the fund’ line,” Tadepalli said. 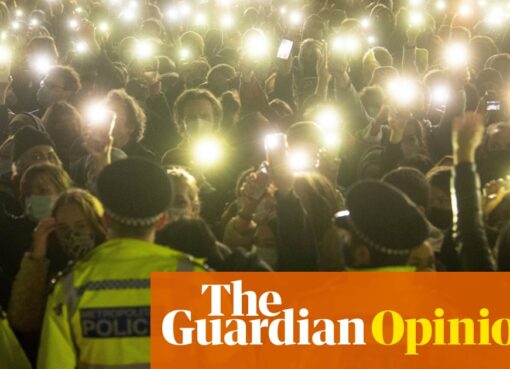 A year after Sarah Everard’s murder, we’re talking directly to men. But it’s not enough 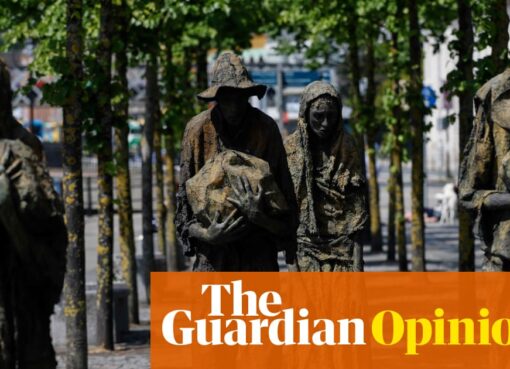 When British schools ignore Irish history, is it any wonder Brexit is such a mess? 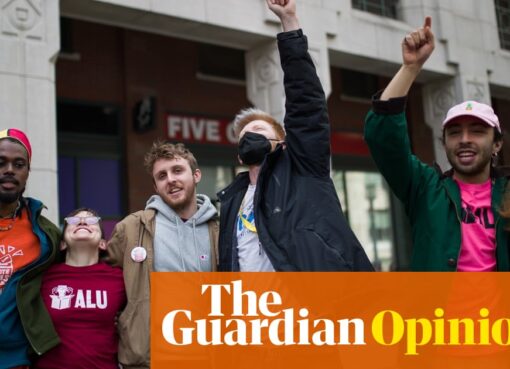