Last year at the memorial event for the terrorist attack, I gave a speech where I talked about my memories of the youngest victim of 15 March, Mucaad, who was three years old. Remembering those details really affected me. I was so upset. He was such a little boy.

I thought so much about the children and teenagers who were hurt and killed. I’m the father of two boys, so I put myself in those parents’ shoes and tried to understand how much worse they must feel than me. I can’t compare my pain to theirs.

I wanted to do something to remember those young people and as a gift to future generations. Then it came to me quickly: I could walk. On 15 March 2019, the terrorist travelled from Dunedin to Al Noor, my mosque in Christchurch, where he started his massacre. He did this journey for hate. I thought, how about I do the opposite? I will reclaim this journey by walking for peace.

In the mosque that day I was shot with nine bullets. I prayed to Allah for forgiveness, for the chance to stay alive and raise my kids. Allah saved my life and gave me a chance to carry on. And the mission I had was to spread peace.

The distance from the terrorist’s flat in Dunedin to the mosque in Christchurch is 360km. For months, I planned how long it would take me to walk there, testing myself on how far I could go in one day.

I worked out that I could walk 30km in about six hours, so I needed to start on the first of March to arrive by the anniversary of the attack. And I decided to use the opportunity to raise funds for three charities that support children.

It wasn’t going to be easy. I’ve had maybe 20 surgeries since I was shot. I’ve lost count. My next surgery will be a cosmetic operation on my left arm, which has metal rods in it because I was shot three times there. I was also shot in both legs. Before I started the walk I went to my knee specialist and he told me I could handle it with the help of anti-inflammatories.

Being outside and being active has been a big part of my recovery. Before the terrorist attack, I played sport and did physical work. After I was shot, having to stay inside with my thoughts was one of the hardest things. Every time I have surgery, I want to get on with my life straight away. I never gave up because I didn’t want to be a loser. And I do have hope.

When I started my walk, I was so scared at the beginning that someone would attack me or swear at me. But after the first day, second day, third day, I had people around me, walking with me. There was lots of tooting, truck drivers honking, people saying cheers and clapping for me, lots of positive things. People have stopped for hugs, to shake my hand. And I realised I don’t have to be scared because there are lots of lovely, beautiful people out here. I am safe.

Before I start each day of this journey I try to have a big breakfast. I put tape on my feet, which takes about half an hour or 45 minutes. At the end of the day I have to take it all off again. On the third day, the blisters started. When they got really bad, I started walking on my tiptoes, but then I got blisters under my toes.

After eight days, I had completed more than half of my walk, but I woke up feeling unwell and things got worse. I was taken to hospital where the doctors said I had a blood infection, maybe because of my blisters. People were offering to walk in my place. It was amazing. But I didn’t want to miss a single kilometre. So when I got out of hospital two days later, I bought a bike and I kept going.

There are so many kind people. In Oamaru, I said hi to a guy who was working in his garden. Three hundred metres later, he was chasing me up the road. He realised who I was and he wanted a selfie. He told me, “I read your story and you’re a legend.”

One day it was 28 degrees and there was a woman, Helen, who made us blueberry muffins and earl grey tea and put out picnic blankets for us to sit in the shade.

When I walked past Waitaki Girls High School, there were signs outside saying “We are with you Temel”. I was so emotional when I saw that, nearly crying. I realised my peace walk was working.

Even though I am following the route of the terrorist I try not to think about him at all. My aim is to delete him from history, to delete his hate and his ideology from this land. He will be forgotten. I hope people will remember what I am doing instead.

Three years after the terrorist attack, my anxiety is still challenging. I’m still not confident about a lot of things. I can’t focus; I have memory problems. The trauma will haunt me all my life. But I’m not giving up. If you give up hope, everything’s over.

I want to arrive at the mosque at the exact same time the terrorist started shooting, 1.40pm . My plan is to ride my bike to just outside Christchurch and take a couple of days at home to rest. Then I will complete my journey on foot. It will be a big day. I think I’ll cry happy tears.

This peace is for anyone who has been affected by any extremism. It doesn’t matter what colour, what nationality, what religion; anyone who’s affected by violence. This is from us, for everybody. It does not belong to me. It belongs to humanity.

We shouldn’t harm each other. That’s all. 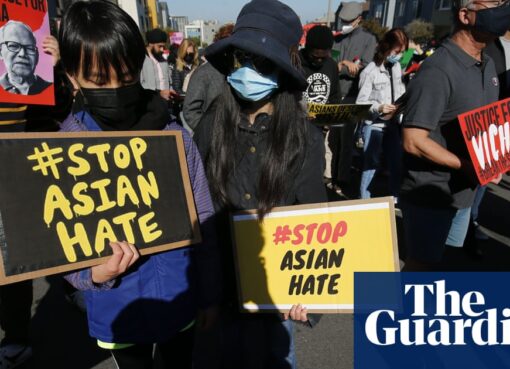 ‘The fear is very real’: how Asian Americans are fighting rising hate crime 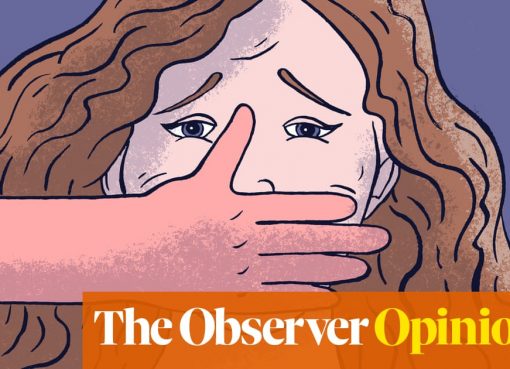