Russian forces are sending Ukrainian citizens to “filtration camps” before forcibly relocating them to Russia, according to the accounts of two women who said they were transported to Russian territory from the besieged city of Mariupol last month.

“On 15 March, Russian troops stormed into our bomb shelter and ordered all the women and children to get out. It was not a choice,” said one woman who had been hiding with her family in a suburb of Mariupol since early March. “People need to know the truth, that Ukrainians are being moved to Russia, the country that is occupying us.”

Ukrainian officials have accused Russian troops of transporting several thousand Mariupol residents through “filtration camps” and forcibly moving them to Russia through the Russian-controlled republics in eastern Ukraine.

The Kremlin spokesperson, Dmitry Peskov, has denied these accusations, claiming “such reports are lies”. Russian officials have previously said 420,000 people have been voluntarily evacuated to Russia “from dangerous regions of Ukraine and the Donetsk and Luhansk people’s republics”.

The women requested anonymity because they were concerned about the safety of their relatives who are still in the heavily shelled city. Their accounts, along with similar stories published by the Washington Post and the BBC and reports from human rights groups, contradict Russian claims that Ukrainians are not being forcibly moved to Russia.

The southern port of Mariupol came under heavy fire from Russian forces soon after the invasion of Ukraine, with many families seeking refuge in bomb shelters. Russian troops have since taken control of large parts of the damaged city.

After leaving her shelter, the first woman said she was bussed with “two or three hundred” others to the border town Novoazovsk, in the Russian-controlled territories in eastern Ukraine.

“Once we came to a stop, we had to wait for hours inside the bus until ordered to go through a large tent complex, to what everyone called ‘filtration camps’.”

A satellite image captured by the US-based Maxar Technologies last week showed tented camps set up in the Russian-controlled village of Bezimenne, near Novoazovsk. Representatives of the two self-proclaimed republics in the Donbas have said they have set up a “tent city of 30 tents” for Mariupol residents, with the capacity to hold up to 450 people.

A report in Rossiyskaya Gazeta, a newspaper owned by the Russian government, said that 5,000 Ukrainians had been processed at the camp in Bezimenne and undergone checks to prevent “Ukrainian nationalists from infiltrating Russia disguised as refugees so they could avoid punishment”.

The woman described how she was photographed and fingerprinted once she entered the camp. She was then “extensively questioned” by men who presented themselves as members of Russia’s FSB security service.

“They went through my phone; they asked if I knew anything about the Ukrainian army, if I had friends in the military,” she said. “They also asked me what I thought about Ukraine, about Putin and about the conflict. It was very degrading.”

After passing through the “filtration camp”, which took a few hours, according to the woman, the group was eventually taken to Rostov, a city 80 miles (130km) east of the Ukrainian border. Once there, the group was told that their final destination would be Vladimir, a city just over 100 miles (160km) east of Moscow.

But in Rostov, the woman decided to separate from the main group, telling the Russian guards she had family living there. “They let me go without much hassle. But for many, leaving was simply not an option,” she said.

The woman recalled that many on the bus complained that they were given only a few minutes to gather their belongings and often did not have any money or official papers, making it complicated to leave Russia afterwards. After separating from the group, the woman made her way first to Moscow by bus and then took a train to St Petersburg. She said she was now safe after crossing the border to an EU country on foot.

The scale of Russia’s reported forced deportations remains unclear. The Helping to Leave Fund, a Russian-run group that addresses the needs of people relocated to Russia from Ukraine, said they had received about 200 requests from deported Ukrainians asking them for help.

“Each of those requests usually comes from a whole family, so the actual number of people deported is higher,” said Maria Ivanova, a representative of the group.

Ivanova said the group saw an increase in requests for help from 28 March and heard first-hand reports of “long lines” at the “filtration camps”.

“These people weren’t given any option to evacuate to a safer place in Ukraine. Many found themselves in a situation when their only choice was essentially crossing into Russia or dying as shelling grew more intense,” said Tatyana Lokshina, associate director for the Human Rights Watch’s Europe and central Asia division.

“Under international human rights law, forced displacement or transfer doesn’t necessarily mean people were forced into a vehicle at gunpoint, but rather that they found themselves in a situation that left them no choice.”

Lokshina pointed to the Geneva convention, under which “individual or mass forcible transfers, as well as deportations of protected persons from occupied territory, are prohibited, regardless of their motive”.

A second woman the Guardian talked to gave a similar account of her forced transport from Mariupol through a “filtration camp” in Novoazovsk.

“I never asked to be taken away. The filtration camps, the journey, it has been very traumatic,” said the woman, who left the city on a Russian bus on 16 March.

She is currently in Rostov, planning her route out of the country.

Russian officials have openly talked about their efforts to relocate what they call “Ukrainian temporarily displaced people.”

The Russian defence ministry has posted almost daily about its efforts to evacuate Ukrainian civilians “trapped” in Mariupol.

The governor of Vladimir told local media that his city had received over 1,000 “refugees” from territories “liberated” by Russia, including Mariupol.

Not everyone who has been moved from Ukraine to Russia said they were unhappy to do so.

“I wanted to go to Russia; I am glad to be safe. And my family lives here, so I was looking for how to get here,” said Vladimira, a third woman from Mariupol who spoke to the Guardian, who has since moved in with family members in Rostov.

Mariupol is just 37 miles from the Russian border, and many of its residents have relatives on the other side. While the invasion has dramatically decreased pro-Russian sentiment in the city, Vladimira said she welcomed the safety that she felt moving to Russia offered.

She also confirmed that she had gone through “filtration camps” but said they did not bother her as she was just “glad to be out of danger”.

“There is certainly a group of people that have been moved out of Mariupol who will not mind being in Russia. Who will stay there,” said Ivanova from the Helping to Leave Fund. “But we know of hundreds who were moved against their will. That is extremely worrying.” 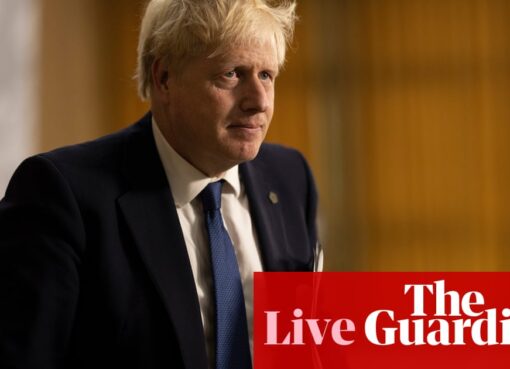 From 3h ago 08.16 PM dismisses idea of 'psychological transformation' on his part Husain asks whether Johnson is approaching the byelection defeats with an attitude of “more of the same” rather than a
Read More 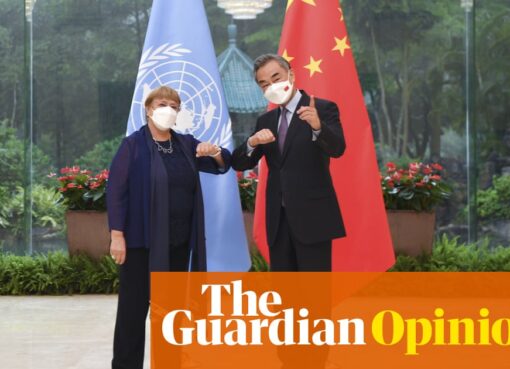 The UN’s report on the Uyghurs nearly didn’t see the light of day, thanks to China