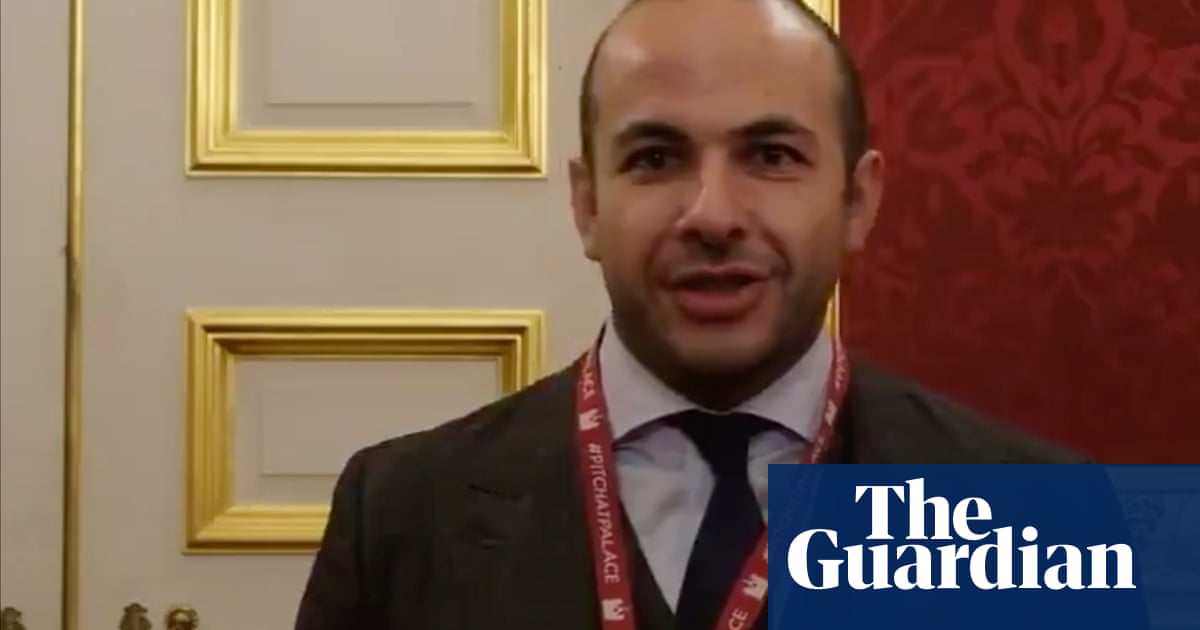 When Selman Turk married Nurhüda Cevahir in a lavish ceremony at a mansion overlooking the Bosphorus, a former Turkish deputy prime minister described the event as “the wedding of the two most distinguished families of Istanbul”.

Turk, now the subject of legal proceedings in London accusing him of embezzling almost £40m, was then working for Goldman Sachs, and the wedding at the Sait Halim Pasha Mansion reflected the families’ elite status. The mansion boasts golden columns, glitzy chandeliers and a view directly on to the water, a fitting venue for a bride believed to be the daughter of founders of a prominent Turkish construction firm.

Witnesses for the couple included the then deputy prime minister, Bülent Arınç, a former president of Goldman Sachs Turkey, Çağlayan Çetin, and the business magnate Akın İpek, according to at least one Turkish tabloid. The local press chafed at Arınç’s statements on the wedding day, when he complained about people banging pots and pans outside the venue as part of anti-government protests. “Who has the right to make them unhappy on their wedding night, friends?,” Arınç asked, irritated that demonstrators had disturbed the glamorous event long into the night.

Yet almost a decade later, Turk’s status has fallen dramatically from his high as a newly minted member of the Turkish elite. He lives in exile in London, part of an exodus of accused members and associates of the Gülen movement, which the Turkish authorities accuse of masterminding an attempted coup in 2016.

Legal proceedings initiated by Nebahat Evyap İşbilen, the wife of a former senior official from Recep Tayyip Erdoğan’s Justice and Development party (AKP), claim that Turk “dishonestly misappropriated some $50m in breach of fiduciary duty and by means of undue influence”, while funnelling payments of £750,000 to Prince Andrew in order to procure İşbilen a passport. The prince claims he repaid the money 16 months after receiving it, and has declined to comment further.

“Mrs İşbilen is the victim of serious fraud and financial wrongdoing carried out at the hands of Selman Turk, a man she trusted to help her through extremely difficult circumstances,” said İşbilen’s lawyer, Jonathan Tickner. İşbilen is a former board member of the Evyap Group, a major Turkish soap and personal care company, who claims she tasked Turk with helping her move assets out of Turkey when she went into exile after her husband’s arrest in 2016.

Işbilen and Turk were longtime associates: court documents state that the two families had known each other for over 30 years. “Mr İşbilen, the claimant’s husband, attended Mr Türk’s wedding in 2013,” they add.

Turk’s connections to the Gülen movement have led some in the media in Turkey to label him as a “banker for FËTO”, using a term coined by Turkish authorities to associate the movement with terrorism. For other observers, Turk’s fall from grace represents the flight of Gülenist money from Turkey and also the shifting status of a network of elites that a decade ago were closely intertwined with the ruling AKP.

Gülenists are followers of the conservative Islamic preacher Fethullah Gülen, who has lived in exile in Pennsylvania since 1999 and whose movement allied with Erdoğan’s AKP during its early days in government.

Turk and Cevahir’s wedding occurred during the movement’s last glory days in Turkey, shortly before the government banned it and enacted a sweeping crackdown on alleged Gülenists across all walks of public life after the 2016 coup attempt when at least 77,000 people were arrested.

In his defence filings, Turk says he “was not a member of the Gülen movement and did not want to be associated with it despite his family’s close links to Mr Gülen”, but that these same familial ties motivated Işbilen to choose him to help with her finances. “Mr Turk’s grandfather was Mr Gülen’s friend and Mr Turk’s uncle is Mr Gülen’s first student but was not involved in the management of the FËTO movement or any strategic decisions of the movement,” the filings say. Turk added that he remembered when Işbilen approached him in early 2017 because he was visiting the US for Donald Trump’s inauguration.

Selim Sazak, of the Ankara-based consultancy firm TUM Strategy, said: “We know there was a Gülenist network of capital whose flight from Turkey to London was facilitated by a wider professional network. Selman Turk seems to be a figure in that conversation.

“He wasn’t a nobody, clearly, he had a professional pedigree, but he wasn’t someone you’d immediately think of as a facilitator for that flight. He’s a second-rung person in the concentric circles of politicians and professionals who made this exodus possible, as some of these people ultimately settled in London. There were very few people who would come out clean had there been a broader societal reckoning with the legacy of the Gülen movement.”

After leaving Goldman Sachs in early 2016, Turk’s activities in Britain shifted. He founded a broad network of businesses and limited liability companies across the world, including SG Financial Group, named in court filings as one of the network of companies that prosecutors say he used to hide funds from İşbilen. SG Financial Group was just one of a vast and shifting swath of businesses registered in Florida, Georgia and tax havens such as Dubai, the British Virgin Islands and the Cayman Islands, including financial management companies, IT companies and a trading company.

Turk left SG Financial group in 2020, and he claims he used the companies to move money from Işbilen consensually, within accepted corporate practices, and in a way he would have been unable to do in a personal capacity.

Turk also founded Naturlich dairy products, a US company that claimed to produce yoghurt and artisanal cheeses by “preserving the Amish milk tradition”. An investigation by the Turkish Anadolu news agency claimed that the business was tied to Gülen’s personal chef, and operated from a farm adjacent to his Pennsylvania compound.

In 2019, Turk founded Heyman AI, the company that reportedly won a People’s Choice Award from Prince Andrew at the Pitch@Palace event. Heyman AI appears unpopular with some former employees: Two successfully sued the company for unpaid wages of sums of about £5,000, while reviews on the employment website Glassdoor complain that contractors and employees went unpaid. The company was liquidated in September last year.

Turk did not respond to a request for comment. He denies the accusations against him from Işbilen in his defence in court documents, arguing that she asked him to help her transfer her assets out of Turkey “and putting them beyond reach of the Turkish authorities,” and that he did exactly as she asked. “He did not engage in any deceit,” it adds. 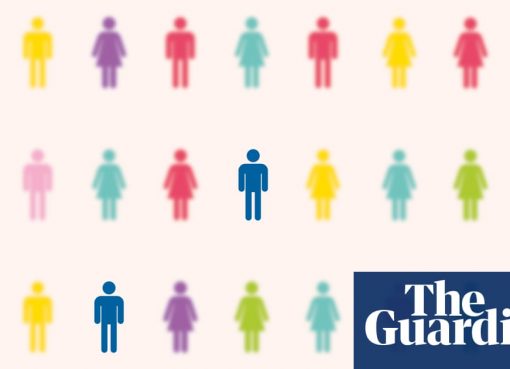 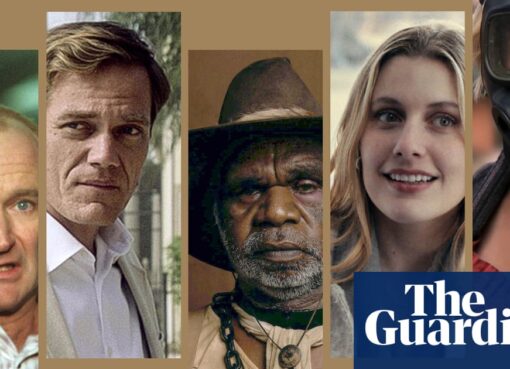 One Hour Photo to Blue Velvet: the seven best films to watch on TV this week 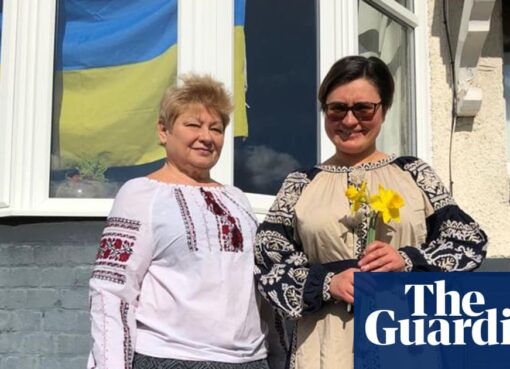 Just 300 Ukrainian refugees granted visas to come to the UK

The number of Ukrainian refugees granted visas to come to the UK under the new family scheme has risen from about 50 to 300, the government has announced, leading Labour to criticise the “shockingly l
Read More