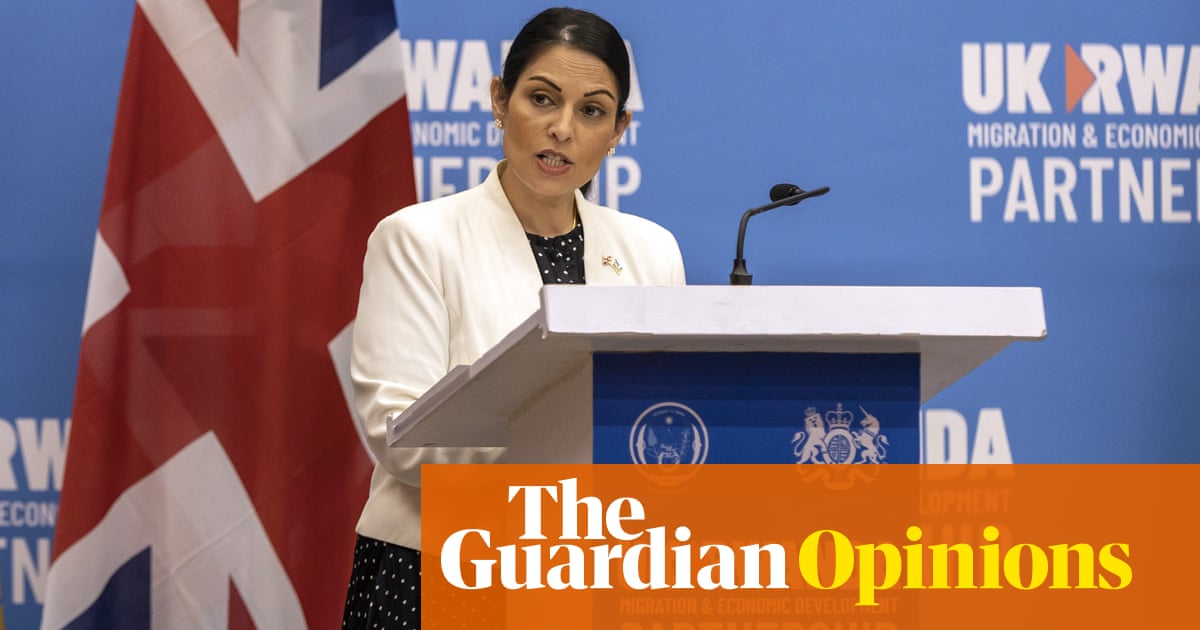 In my time working for the office of the United Nations High Commissioner for Refugees, a stark fact was often mentioned: the vast majority of the world’s displaced people are hosted by the world’s poorest countries. Today, 85% of refugees live in developing countries while the richest nations host just 15%.

While Rwanda might be developing economically, it is still among the world’s 25 poorest countries. The UK is among the world’s 10 richest countries. To acknowledge the disparity of wealth between the two nations and decide that Rwanda is better able to accommodate people attempting the treacherous journey across the Channel takes a huge leap of the imagination. The deal announced by home secretary Priti Patel in Kigali on Thursday demonstrates the government’s tenacious commitment to positioning Britain as a country that is closed to the world, and to those who need its sanctuary the most.

There has been a great deal of political debate and condemnation since the policy was announced, and the government arranged for the arrival in Rwanda of the British media it thought best placed to help it trumpet this manoeuvre in time for the local elections. But there are still questions we must ask to ascertain whether this is a cynical ploy or a thought-through policy.

Is it because Rwanda has more geographic capacity, perhaps? More free land or housing infrastructure? Is Britain really bursting at the seams? Rwanda’s population density is almost double that of Britain’s. It is a country almost twice as crowded as ours. Yet per capita it already hosts five times as many refugees as the UK. As well as hosting Congolese and Burundian refugees, Rwanda has recently offered itself as a host country for the emergency evacuation of refugees trapped in dire conditions in Libya.

In the introduction to the Home Office’s memorandum of understanding with Rwanda, the UK boasts of having taken in 25,000 Syrian refugees, as a way of demonstrating its “long proud history of providing protection to those who need it”. This claim is laughable. More than 6 million Syrians have fled their country in the 11 years since war began. For much of the crisis, Lebanon hosted 2 million Syrians – representing a third of Lebanon’s 6 million population. Bangladesh, one of the world’s most densely populated countries, hosts close to 1 million Rohingya refugees from Myanmar. Poland is currently hosting 2.7 million Ukrainians. These figures put in context what it really means to protect those in need.

How the home secretary managed to convince the Rwandan government to accept this arrangement may become apparent in due course. When Australia utilised the tiny island state of Nauru for a similar purpose, it gave aid in return. Australia – an immensely privileged country – effectively paid a less economically fortunate country to take desperate people off its hands, in some cases for years. The British government is callously copying the Australian playbook, while its PR agents in the press trumpet this coup as some kind of triumph.

“Rwanda plan to smash the Channel gangs”, read the Daily Mail’s front page. “Bold plan to send boat migrants to Rwanda”, said the Daily Express, as though the prime minister had overseen a selfless act of reason, humanity, bravery – striking a blow for compassion, saving England from the scourge of people simply trying to escape death and poverty. When Boris Johnson referred in his speech on Thursday to people “illegally entering the country” he was using the worst kind of semantics. Refugees fleeing conflicts or persecution do not have the luxury of entering Britain legally. If they had the time and opportunity to apply for a UK visa they would not in essence be refugees. Seeking asylum routinely involves entering a territory without prior permission.

When UNHCR’s Asia and Pacific director, Indrika Ratwatte, visited Nauru in 2018, he reported his shock at the immense toll that long-term detention had taken on people’s mental health – over 80% had been diagnosed with PTSD, trauma and depression. “The sense of hopelessness and despair was extremely tangible,” he told the press. In Greece in 2020, asylum seekers living at the Moria reception centre on the island of Lesbos burned it down in what was perceived by many as a protest at the poor conditions and dangerous levels of overcrowding.

We should not automatically assume that Rwanda’s model of hosting asylum seekers will follow that of Lesbos or Nauru. Indeed there are some good news stories about refugee integration there. But Rwanda, which Johnson describes as one of the world’s safest countries, is also a country that impinges on the rights of its own citizens. What guarantees can we have that non-citizens will be well received?

Rwanda has internal transit centres where people deemed “undesirable” – including beggars – are sent in order to keep the streets looking appealing for tourists attracted by the country’s international marketing campaigns. Rwandans who oppose or criticise the government are liable to be informed on by neighbours, placed under surveillance, blackmailed, tortured, sent to rehabilitation camps or even killed.

Many Rwandans were forcibly returned to the country from refugee camps in neighbouring countries in the years after the 1994 genocide. Many continue to risk their lives or liberty to trek through remote jungles to escape and flee to Uganda as refugees themselves. When was the last time anybody fled the UK seeking asylum abroad?

In reporting Patel and Johnson’s plan, the Daily Telegraph said that “migrants will be encouraged to settle” in Rwanda. The agreement doesn’t appear to give them much choice in the matter. Their options, should Rwanda not turn out to be a safe or sustainable place for them, will be somewhat limited.

“Rwanda will ensure that it will treat each relocated individual, and process their claim for asylum, in accordance with the refugee convention,” says the memorandum. But what about the UK’s obligations to abide by the convention that it is a signatory to? What about that long and proud history of protection?

UNHCR, the organisation designed to uphold the convention, has said it will delay its judgment on the legality of Patel’s deal until its legal teams in Geneva have analysed the details. Its position, though, is clear. “UNHCR does not support the outsourcing of asylum states’ obligations,” it said in a statement.

There are longer-term solutions to solving the world’s ongoing refugee crises, such as addressing the root causes that endanger people’s lives and livelihoods. But a fundamental principle of any morally functioning government is to uphold the human rights of people to seek safety, and not shift that responsibility to states with less developed asylum systems.

Joshua Surtees is a journalist and former writer for UNHCR 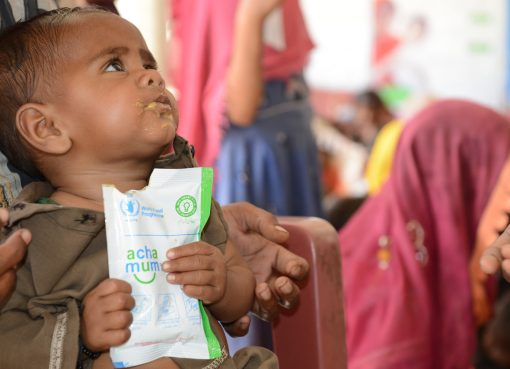 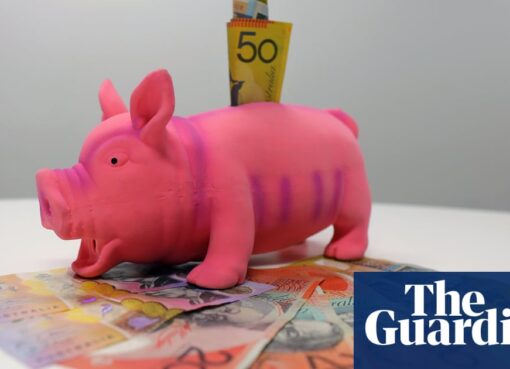 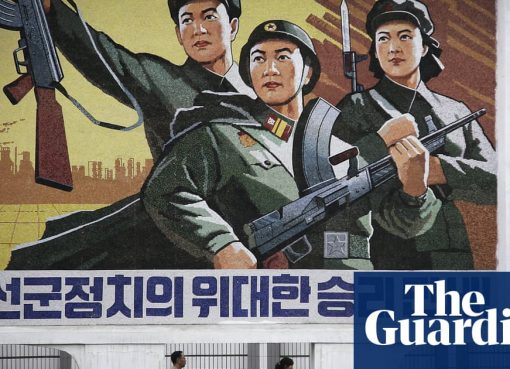