Show caption Companies are hosting back-to-office extravaganzas, like Microsoft’s recent party with free tacos, gyros and fried chicken. Photograph: Juj Winn/Getty Images The return Tacos, treehouses, virtual golf: top firms try to bribe workers back to the office Growing numbers of bosses are offering special sweeteners to anyone willing to trudge back to work – but will they work? Wilfred Chan Fri 15 Apr 2022 07.00 BST Share on Facebook

Since the pandemic began, millions of workers around the world have gone remote and we now have a raft of recent studies that suggest what many workers have long argued: remote work makes people happier, healthier, and even more productive. And it’s especially preferred by people belonging to underrepresented groups, who have reported feeling more included and less anxious when remote.

Despite pandemic restrictions lifting, workers aren’t in a hurry to return to the office, or “RTO”. A tight labor market is making it even harder for companies to force people to come back. Banks like JP Morgan initially took a hard line on ending remote work, but have backed down in the face of worker revolts.

That’s why growing numbers of bosses are offering special sweeteners to anyone willing to switch off Zoom and trudge back into the conference room. But will any of these tactics work?

First we had cubicles. Then came the “open-plan” trend. Now companies are betting that workers want offices that feel more like the home environments they’ve gotten accustomed to. At a thinktank discussion called “Designing Workplaces for the Human Experience”, architects bragged that they had equipped Uber’s new headquarters in San Francisco with luxuries like operable windows, outdoor terraces, and a wellness center that has hanging swing seats. One architect explained that they had designed a floor overlooking greenery to make “employees feel like they’re in a tree house”.

Talk about above par: in New York City’s midtown, one real estate firm has installed a professional-level virtual golf links that uses infrared sensors and cameras to analyze your swing. Brian Wallick, the director of investments at Nuveen Real Estate, told the New York Post that “adding an amenity like golf simulators helps to foster collaboration as part of a unique user experience, especially in a commercial office building”.

Companies everywhere are hosting back-to-office extravaganzas, like Microsoft’s recent lawn party with free tacos, gyros, fried chicken, and a life-size chess board and beer garden, according to the New York Times. That was followed last week by Qualcomm’s massive shindig, where several thousand staff reportedly joined a happy hour to load up on food, drinks, and t-shirts.

Then there’s Goldman Sachs, which has tried to lure workers back to their desks by bringing in food trucks serving everything from lobster to donuts, and blasting live music outside its offices in the afternoon. In some of its offices, it now offers free breakfast, lunch, and ice cream in addition to a dinner stipend (although staff gripe that the $25 the investment bank provides isn’t enough to get a burrito delivered).

But some firms are cutting back. Meta, Facebook’s parent company, raised ire among its well-paid workers by delaying its free dinner from 6pm to 6.30pm. On an internal message board, CTO Andrew Bosworth defended the changes, suggesting employees were acting entitled, according to the New York Times. Another food service employee chimed in: “I can honestly say when our peers are cramming three to 10 to-go boxes full of steak to take them home, nobody cares about our culture.”

Google is giving its US-based employees reimbursements for a monthly subscription to ride a slick Unagi electric scooter. The scooter sharing service normally costs $49 a month, on top of a $50 sign-up fee. But employees have to use the scooter at least nine times a month to qualify for Google’s reimbursement. “They know there’s apprehension amongst employees,” Unagi CEO David Hyman told The Verge. “People got really accustomed to working from home. And they’re just trying to do everything they can to improve the experience of coming back.”

But if a scooter feels like a disappointing perk, real estate group CoStar decided to enter its in-person employees into a raffle to win a Tesla. (It also gave away $10,000 in cash to a randomly selected in-person worker every day for a month.) The company’s CEO, Andrew Florance, told the Wall Street Journal: “Yes, this is a lot of money, but in the context of a multibillion-dollar company with thousands of staff and hundreds of offices, it’s a drop in the bucket. So you can have some fun, you can incentivize people to do the right thing” – as in get back to the office.

For those employees that got a pandemic pet in 2020 and didn’t fully think about how they’d care for it after lockdown, a number of companies are now offering “pet stipends”, a monthly reimbursement for dog-walking, cat-sitting, or whatever care a furry friend may need. This makes good sense when you consider a recent survey that shows two-thirds of pet owners have searched for a more flexible job to spend more time with their fur babies.

Many other companies are simply letting employees bring their pets to work. The increasing numbers of pet-friendly offices come stocked with water bowls, chew toys and poop bags. It’s not just a ploy to get pet owners back to the office, though: research also shows that the presence of a dog can do wonders for collaboration. Allergies, not so much.

A recent survey found that the perk workers really want aren’t ping-pong tables or free beer, but the freedom to choose when and how to work.

But even so-called hybrid approaches – in which workers come in for part of the week – are getting pushback from employees. Even as Apple has touted its products as enabling a new generation of remote work, it’s requiring employees to come back to the office at least three days a week starting in late May. One employee griped to Bloomberg: “Working from home has so many perks. Why would we want to go back?” Another complained that forcing workers to drive two hours a day undermines Apple’s environmental goals.

If bosses have long pushed the idea that workers must choose between flexibility and job stability, the pandemic has proven that you can have both. And as management tries to attract people back to offices, more companies are now offering flexible schedules, increased or unlimited paid time off, expanded sick leave, childcare benefits, wellness programs, and employee assistance programs. Some companies are trying out four-day workweeks while paying workers for five, and finding that workers are happier and doing better. 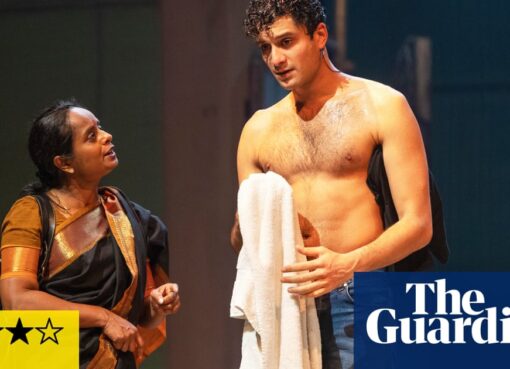 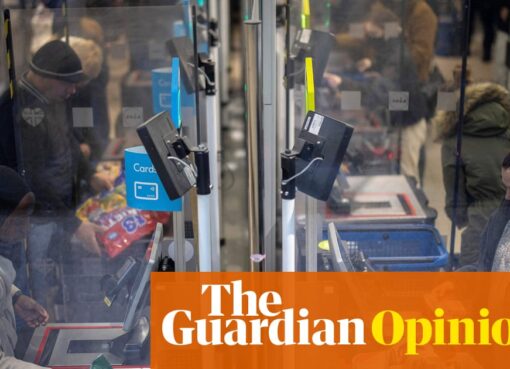 Time now to look at ourselves as a nation and take stock: Covid has changed Britain

Show caption ‘The post-pandemic cost of living crisis is only likely to be deepened by the fallout from Russian aggression in Europe.’ Lidl store in east London. Photograph: Tolga Akmen/AFP/Getty Imag
Read More