The stories of Aboriginal warriors who fought British colonisation, among them Windradyne, Yagan and Jandamarra, provide cultural affirmation for many Indigenous Australians. For the artist Daniel Boyd, it was Pemulwuy, the Bidjigal clan man who led a long guerrilla war that began shortly after the arrival of the First Fleet, who became a personal source of strength.

“He was one of the first visible people to lead the resistance against the colony,” says Boyd, a 40-year-old Kudjala, Gangalu, Wangerriburra, Wakka Wakka, Gubbi Gubbi, Kuku Yalanji and Bundjalung man with ni-Vanuatu heritage. The Sydney-based artist is preparing to open his first major career survey, Treasure Island, at the Art Gallery of New South Wales. We’re seated in his industrial studio in Marrickville; his partner, the “retired artist” Belle Charter, and their four-year-old daughter – the youngest of four children – have dropped by to bring him a morning coffee.

Perhaps most recognisable for his detailed dot paintings of Indigenous leaders, Australian landscapes and his own family, Boyd also has a satirical streak that dates back to his university days, when he first saw a portrait of Captain James Cook, by the British artist John Webber, in the National Portrait Gallery. Boyd wanted to “make sense of the power this painting has on the Australian public” and, through his art, began to undermine the hero myth of British explorers. Colonial figures suddenly had eye patches, wooden legs and cutlasses, Boyd likening imperial annexation to acts of piracy.

We Call Them Pirates Out Here, 2006, oil on canvas. Photograph: © Daniel Boyd

Pemulwuy was not honoured with portraiture. When the warrior was shot dead in 1802, after 12 years of raids on the colonists, his severed head was sent to Sir Joseph Banks, the British botanist who accompanied Cook’s south sea expedition to mark the transit of Venus. Having nominated NSW as a settlement, Banks was a powerful figure, and crucial for the expansion of the British empire, a trading economy of tea, sugar, agriculture – and slavery. By the time Banks received Pemulwuy’s head preserved in a jar of alcohol, he was back in London, where he served as the first president of the Royal Society. The whereabouts of Pemulwuy’s head today is unknown, his skull perhaps removed forever from view – while Banks and Cook linger on, in oils and in textbooks.

Boyd painted his own head in his 2007 work Sir No Beard, at the feet of Banks, who is depicted wearing an eye patch. The painting ties colonisation to a larger landscape of oppression against Aboriginal people in which church and state were complicit. Boyd’s parents, part of the stolen generations, had their earliest movements controlled and documented when they were forced to live on the Anglican Yarrabah mission, just south of Cairns (which Boyd has also painted.)

“I inserted my decapitated head in a jar into these portraits as a tool to acknowledge how, when I was growing up, I’d be trying to understand why people engage with [Indigenous people] the way they do,” Boyd says. “The suppression of cultural inheritance that comes with the state and the church … my language was denied to me because the church and the state wouldn’t allow that transference of culture.”

Against a wall in his studio leans a new work depicting the late US boxer Muhammad Ali, outside the Redfern Legal Service during a trip to Australia in 1979. That painting is destined for a group show in Los Angeles that will draw connections between the US civil rights movement and Indigenous Australians’ ongoing fight for truth telling.

The global sweep of the Black Lives Matter movement was “extremely important”, says Boyd: “[Australians] let their guards down when they saw what was happening elsewhere, not understanding that [injustice] was happening here. And it’s been happening here forever.”

With Treasure Island, Boyd hopes to unpack the unacknowledged history of slavery in Australia. His own great-great-grandfather, Samuel, was kidnapped from Pentecost Island in Vanuatu, and enslaved on Queensland’s sugar cane fields. “He had my great-grandfather with a Kuku Yalanji woman, and their son was removed from their care, because they were a mixed-race couple,” says Boyd. “Their relationship fell apart after he was stolen from them.” Samuel was buried in Maryborough.

Later, some of Boyd’s maternal ancestors survived massacres in the late 19th and early 20th centuries, amid conflict over land use as the cotton industry was established in Queensland, alongside wool and cattle.

Did Boyd, born in 1982, feel a connection to Country? While pandemic lockdowns have restricted his travel back to Cairns of late, Boyd has been learning more about his ancestral connections to different places. “You create associations if you’re dislocated. You have to,” he says.

Several years ago, he travelled to London’s Natural History Museum and made art from archival boxes that had contained Indigenous human remains that had been shared among anatomists and anthropologists. “I make works about histories that are negated, or don’t necessarily get the attention they deserve,” he says. “Global dialogues around equity and diversity are very present at the moment. The centres are collapsing … the repetition of dominant narratives is a thing of the past. We have to embrace diversity now.”

Does he mean we ignore Indigenous knowledge at our own peril? “Yeah, exactly. This country has a legacy of imposing its will on the environment. We should listen to experience. My studio here floods, because it’s built on swamp, you know? If it gets too wet, like it did recently, and there’s a high tide, water comes into the studio.”

What does he hope to pass on to his four daughters, who range in age from four to 13? “It’s about giving them the tools to deal with how they move through time and space,” he says. “Hopefully give them the confidence to deal with adversity and instil in them the idea that they are their own selves, that they are unique, that they don’t have to belong to a particular narrative of a group of people or a way of being. That they take advantage of the opportunities that my parents didn’t have. I hope that they have a more equitable future.”

Treasure Island opens at the Art Gallery of New South Wales on 4 June and runs to January 2023. 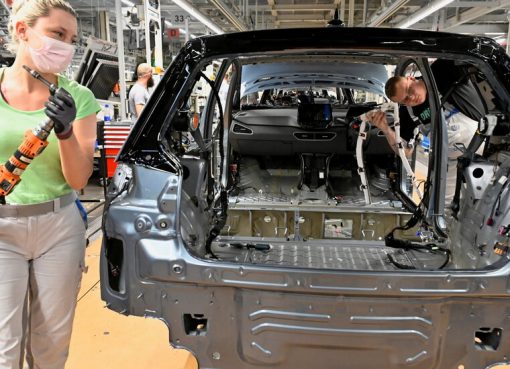 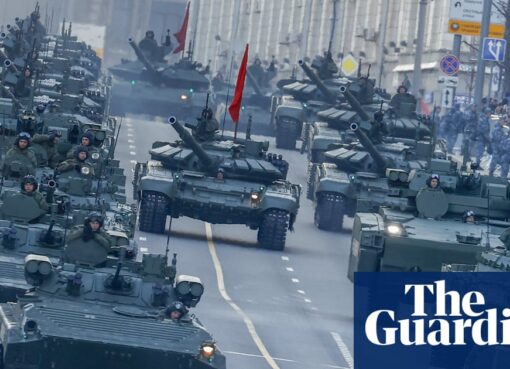 In cities across Russia on Monday morning, tanks and missile trucks will growl their way along the main streets. Soldiers will march across central squares. Fighter jets will roar overhead. Victory D
Read More