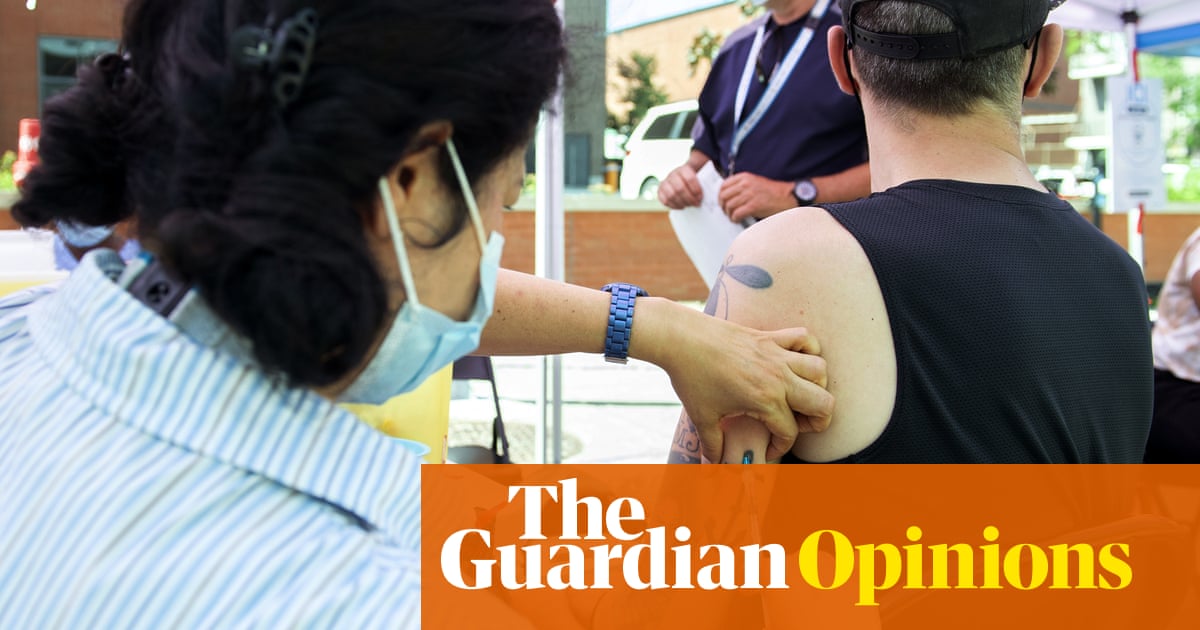 Show caption Monkeypox vaccines being administered at a walk-in clinic in Montreal, 23 July 2022. Photograph: Graham Hughes/AP Opinion Saying monkeypox is tearing through communities of queer men isn’t stigmatising – being afraid to say it is Owen Jones From vaccines to testing, targeted health messaging will help us protect as many as people from the virus as possible Tue 26 Jul 2022 15.04 BST Share on Facebook

Not since the gruesome heyday of HIV/Aids has a virus been such a threat to men who have sex with men. As monkeypox rips through queer communities, particularly in London, the cruel legacy of that pandemic casts an unnerving shadow. Conversations in LGBTQ+ spaces – from Highgate men’s pond in the capital to bars and clubs in urban centres – turn anxiously to this new threat.

Those who have had the virus share their experiences: some symptoms mild, others painful and miserable. WhatsApp groups ping with pictures of gay and bisexual men proudly displaying plaster-covered upper arms to confirm they’ve been vaccinated in a flashback to the peak of the national Covid trauma. On the gay hookup app Grindr, some use their profiles to announce they’re abstaining from sexual contact until their scheduled vaccination; in queer clubs, some choose to skip the ritual taking-off of T-shirts, fearing the prolonged skin-on-skin contact of an intimate dance will put them at risk.

This is, of course, quite unlike HIV, a virus that has taken the lives of tens of millions globally, and which ravaged gay and bi male communities in the west. We know what monkeypox is, the symptoms are largely mild for most, and an effective vaccine – developed for smallpox – is available in the UK. For a significant period in the 1980s, no one knew what was causing rare illnesses such as Kaposi’s sarcoma among men who have sex with men. Speculation was rife: could it be, for example, the high use of amyl nitrite (or “poppers”) by gay and bi men on club floors and in bedrooms? Larry Kramer’s The Normal Heart, a searing play about that early period, explored the panic as gay and bi men watched their friends suddenly stricken by devastating illnesses and suffering often unbearable deaths, unsure about the cause and whether or when it would be their turn.

The brutality of that time feeds into a collective trauma among queer men that, for some, has led to a defensiveness over monkeypox. The response to HIV dripped with stigma: already widespread public hostility to same-sex relations was stirred up by media outlets sensationalising a “gay plague”; “I’d shoot my son if he had Aids, says vicar!” was one Sun headline in 1985; while James Anderton, the chief constable of Greater Manchester police until 1991, denounced gays, drug addicts and sex workers with HIV for “swirling in a human cesspit of their own making”.

Victim-blaming centred on a bigoted dislike of gay sex as unnatural and wrong; and, according to the British Social Attitudes survey, public hostility to same-sex relations deepened in the 1980s, only falling back a decade later to what were already depressingly intolerant figures in 1983. Stigma welded itself to the internalised shame that afflicts all too many queer men, made throughout history to feel dirty and even sinful. Today, treatments have turned HIV into a chronic illness with a normal life expectancy, but as Dr Chris Ward, a sexual health and HIV consultant, and British Association of Sexual Health & HIV officer, tells me: “Stigma remains a driving factor behind why some people don’t know their HIV status, don’t test and are thus diagnosed late, and it is that same stigma we need to tackle early on in monkeypox.”

As a result, some fear any messaging that emphasises monkeypox’s disproportionate effect on men who have sex with men. But the problem with the HIV/Aids response wasn’t that it was targeted, it’s that it was stigmatised. In the west, this is an illness that has always overwhelmingly disproportionately affected men who have sex with men. It is true that, by 2020, there were slightly more new HIV infections among heterosexuals than gay and bi men, but given there are far more straight people, this still means a much higher proportion of infections in queer men. Infections in straight people are also mostly in specific groups, such as African migrants, who also require tailored, specific messaging.

No virus is a heat-seeking missile for the sexual orientation of its host. It simply seeks the most effective routes to use the cells of living organisms to replicate itself. That monkeypox overwhelmingly affects men who have sex with men in the west is an incontrovertible fact: international research finds that 98% of those infected by late June were gay or bi men. Some respond that this is because gay and bi men are more likely to test for STIs: but the research also shows that even when sampling bias is taken into account, it’s clear that men having sex with men are almost exclusively at risk.

Why? Because the illness has entered networks of men who enjoy having sex with multiple sexual partners. And here is where avoiding stigmatisation is important. There is nothing wrong with liking sex with lots of other people, including anonymous partners. Sex is a good thing, one of the great pleasures – for most of us, anyway – of our often stressful human existences. Not all gay and bi men like to seek intimacy with strangers for sexual pleasure, but a significant number do. As long as consent is always present, emotional boundaries are respected and precautions are taken, the only problem here is society’s baseless revulsion at men enjoying sex with one another. For some gay men, the defensiveness comes from a fear of being lumped in with supposedly too promiscuous members of their community, whom they blame for causing homophobic stereotyping, rather than focusing their ire on the baseless bigotry of some straight people.

In any case, those promoting abstention in response are, at best, misguided – there is no evidence in the history of sexual health that this works, but it certainly helps drive stigma when promoted. “Preaching, lecturing and criticism are not helpful tools in destigmatising any infection, and the targeted messaging and focus need to be more on testing, awareness and vaccine rollouts,” says Ward.

Already, service users at STI clinics, where most monkeypox testing is carried out, are reporting fear around stigma, or being forced to disclose their sexuality to employers or relatives because of the need to self-isolate. And the real institutional homophobia isn’t about acknowledging monkeypox as a virus overwhelmingly affecting men who have sex with men: it’s a weak response precisely because a still too stigmatised minority is most at risk. Cuts to public health funding for sexual health services not only means an inadequate response to monkeypox: this new surge in demand is swallowing up scarce resources that are needed for other sexual health services, including HIV prevention.

That so many queer men are haunted by a recent traumatic history is understandable, but the lesson of HIV/Aids is that those most at risk should be protected without stigma. We have the means to squash this outbreak: the greatest enemy is fear.

Owen Jones is a Guardian columnist

• Comments on this piece are premoderated to ensure discussion remains on topics raised by the writer. Please be aware there may be a short delay in comments appearing on the site. 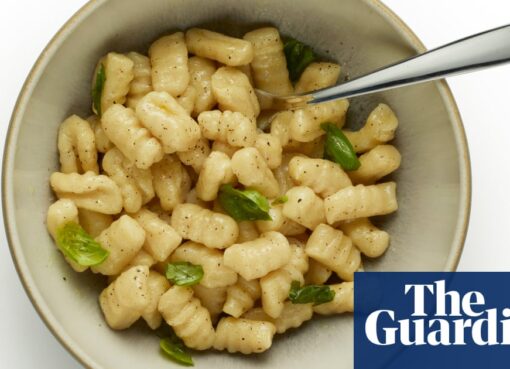 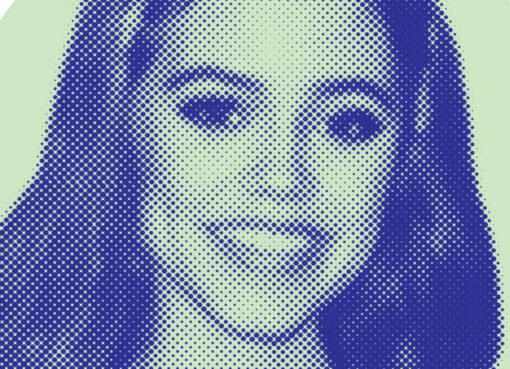 Jenna Ortega Gets Her Thrills From Radiohead and ‘Paris, Texas’ 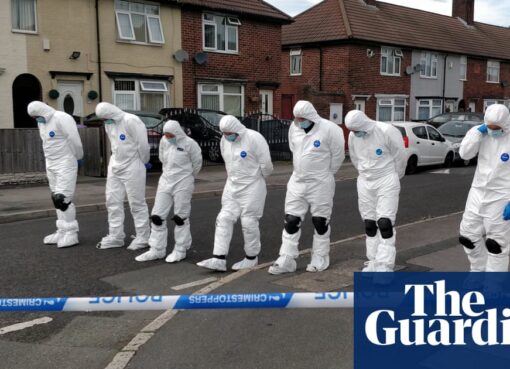 No food in Xinjiang; people under lockdown